Oat milk (and more characters so the title is over ten characters, :-D) 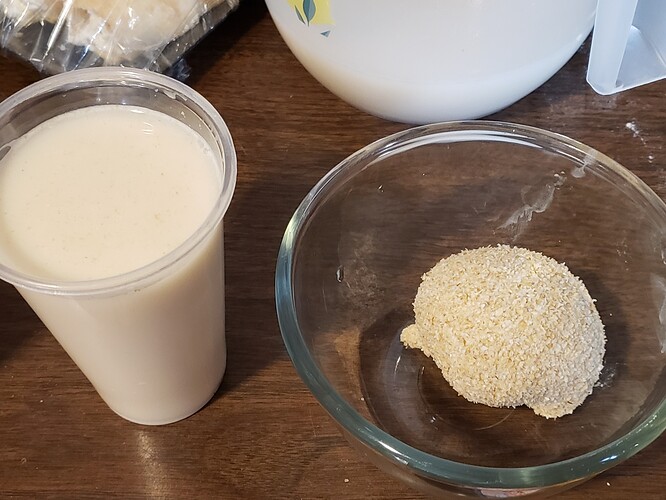 Finally made it following (mostly) the recipe “How to make oat milk”. I just didn’t trust the cloths that I found at Walmart, so I went with a cheesecloth and doubled it up. Meh, I think it worked just fine. There’s a hint of sliminess, but it’s not as overpowering as the first time I tried it.

Not sure what I’ll do with the ball of left over oatmeal, but I’ll think of something, heh.

(ah, the further towards the bottom I get the more slimier it gets. Hmm! Still not too bad. Have one more cupfill till I get to the bottom).

Ok, finished the bottom portion, and yeah it’s fairly slimy, but still not too bad. Actually, I could see leting it sit to separate and using the bottom portion as a thickener. Could be frozen in an ice cube tray, and voila, heh.

If you let it sit in the fridge for a bit, like 20 mins could be enough, you can pour off the top 3/4 & use the last part with the slimy sediment for baking. And the left over oats too, lots of recipes on line!

Nice! I love oat milk, but never thought to make it myself. Impressive!

Just made two batches more. The pic is the first batch heavily strained. I used honey instead of fake maple syrup (about 1 or 1+1/2 tbls). The second batch was made the same, but not as well strained and with a small bit of anise. I think I like it better that way, heh. 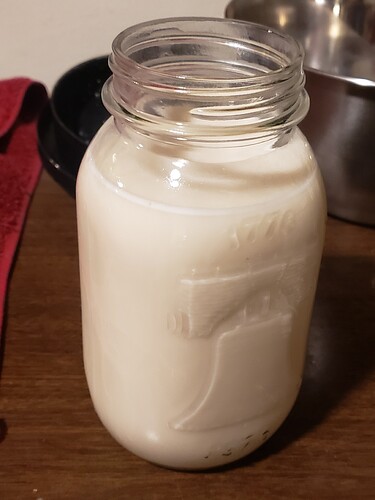 Very cool! Are you storing it in the fridge & if so is it separating at?
@Pigeon likes oatmilk, I’m going to show her how to make her own.

Are you storing it in the fridge & if so is it separating at?

Yep! It’s a lot of work, but I’m rationing it as best as possible (kind of prone to over-indulge when I find something tasty. Blink! Where’d it go? Heh!).

The one with the anise is far thicker, as I didn’t use that much cheese cloth to strain it. The other one, is far more runnier, but separates about the same. As for consistency, I don’t like it too runny. So I may just double up the cheese cloth, or tripple it, but four times is too much.

However, the next time I make it, I’ll try to let it sit in the fridge over night before straining it. (try being the keyword here, as I am like a great big child, “I want it NOW”, HAH!). 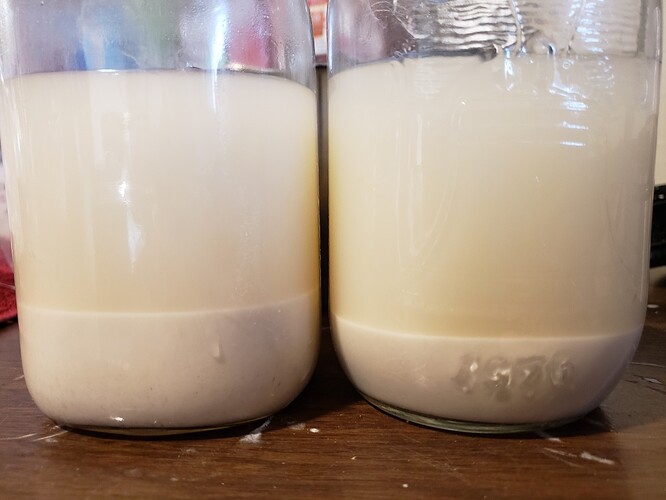 If it’s too thin after straining, that’s a good time to blend it with a banana. Soaked, strained raw cashews make excellent milk too, no pulp at all. Expensive tho. The thinner oat milk might be a good base for chia pudding too.

Eep! Your stupendous craft is one of this week’s Featured Projects!