Recently I got into the Japanese sci-fi horror series, Attack on Titan. In it, humanity is stuck within this walled city to protect them from man-eating giants, also know as titans. One of the main characters, Armin Arlert, dreams of going out and seeing the ocean for himself. I loved that and decided to make a drawing of Armin with an oceanish theme to it! 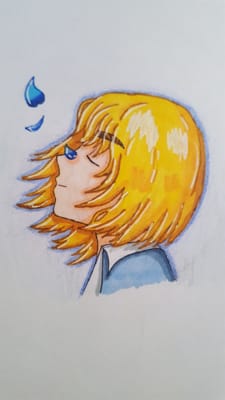 I made a traditional version first, in which I experimented with shading. But afterwords, I also made a digital version 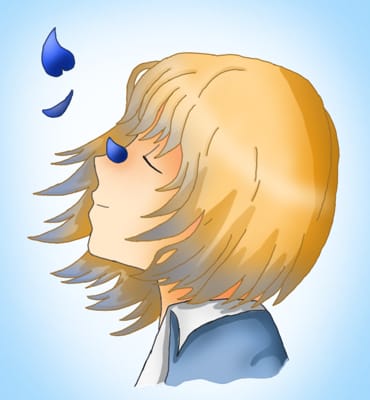 I don’t know much about the show, but my brother designed a VR game called Attack on Quest based on it. You can see a review of the game here, but this was 10 months ago and he’s done heaps more since then

Keep up the great drawing!!

Oooh! I’ll definitely check it out! It seems super cool!

Nifty! I love the two different renditions in the same style. It’s super cool to see them next to each other. They’re great.

Both are very cool.

Yahoo! Your awesome craft is one of this week’s Featured Projects!