Ok, these barely qualify as art because they were all fairly quick little sketches. But they amuse me and it’s part of what I’ve done creatively lately.

Let me preface this by explaining that I have a Twitter friend who goes by Surprised Eel Historian. He tweets interesting historical eel facts along with silly memes he makes and usually with a hefty dose of puns. We’re always riffing off each other and creating more (and more ridiculous) puns which often culminate in me drawing him some silly eel picture (and then he retweets it and we laugh all over again).

So the first one was based directly off one of his eel facts last week about Henry, Earl of Derby feeding his army eels and SEH had made a little meme that said, “The original MREs: Meals, Ready with Eels.” And out came this guy: 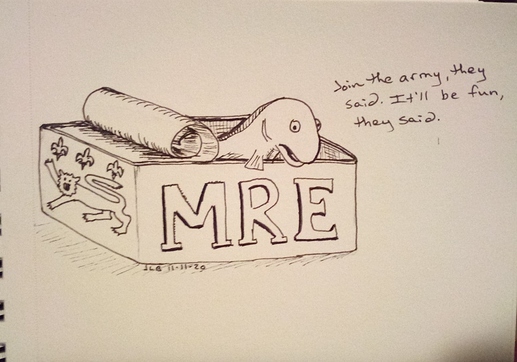 Down in the comments, some other people were getting silly about Eels on Wheels and it spun off from there, inspiring these two: 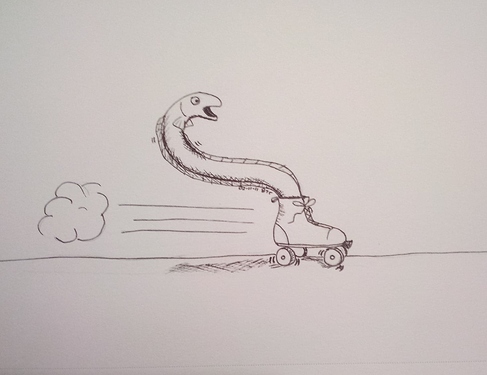 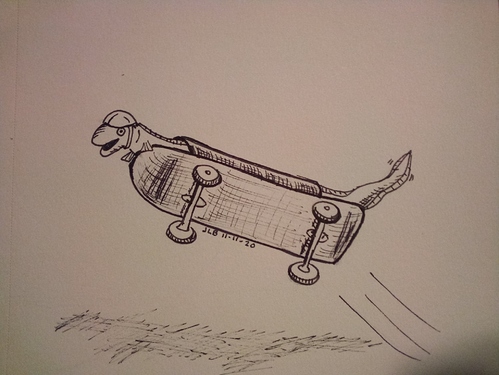 And if you weren’t following along on the Draw’tober thread, you may have missed these two from October. Apparently I’m an eelustrator now. 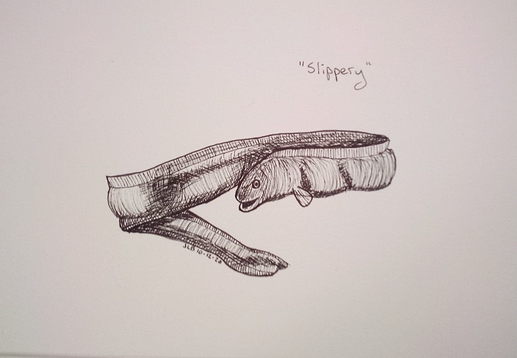 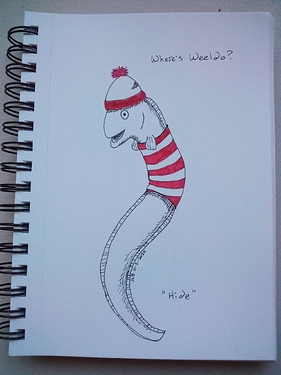 Aaaaaaah I love them all and so does Katsuyuki!!!

Katsuyuki gives me the Eel of Approval!

How great! Love the silly puns, and your drawings are very cool.

I love the fun of these and the eeeeels!

I’m on quite the roller coaster: your puns and eelustrations are fun and cute AND eels are one of the few animals that kind of creepy me out. ACK!

The skateboard is killing me. So much fun!

@TheMistressT haha Sorry for the creep factor! I get it, though – they’re kind of weird and slimy.

Aw, it’s all good! Snakes don’t bother me, but I think WATER SNAKES do… and an eel is aesthetically like a water snake, but with a more fishy face! Yours are adorable!

Y’know when I did the first eel (the one labeled “slippery”) I thought it was funny as I was looking at reference pictures how Muppet-like their faces are.

Those are so fun!

So clever and fun! Who doesn’t love a good pun? ( Hey, that rhymes…)

These are so cute and I immediately thought of @roler! Ha! I especially love the “slippery” one!