He’s my latest Pica Pau pattern creation, and I love how he turned out! 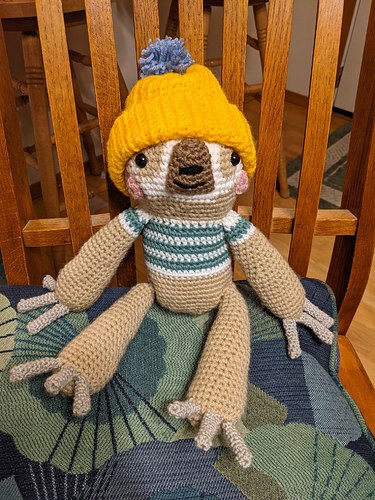 The claws were by far the biggest challenge. I’d never worked with yarn or hook sizes that small before, and even though the stitches themselves were simple, I really struggled with this part! I even briefly considered just sending him sans claws to SBC with the instructions for the claws enclosed!

I’m sure SBC would have done a fabulous job finishing him up, but it didn’t seem like the nicest way to send a present - some assembly required!

So I just stuck with it and eventually worked my way through the little beasties. I’m so glad I did, not only because the claws absolutely MAKE this little cutie, but also because it was great practice for more small-yarn projects I’m doing now! 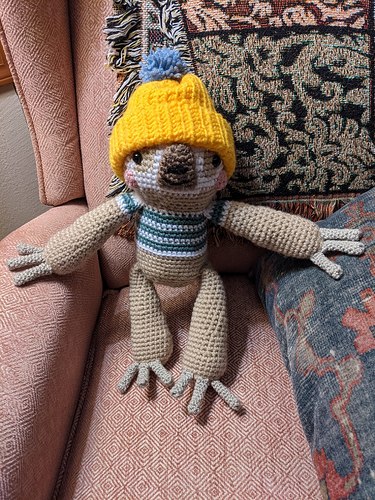 The hat posed some challenges as well. I think I was using the wrong size yarn and/or hook, and ended up having to do MANY more rows than the pattern called for, but I just kept trying it on Otis’s head and adding more rows until it worked! I do love that each of these Pica Pau patterns I’ve done with hats has a different style; I’m learning about so many ways to make hats!

He doesn’t stand up on his own like some of the other dolls, but he sure looks relaxed! Very appropriate for a sloth! XD

As usual, this project was a great learning experience, and turned out so cute! I can’t recommend “Animal Friends of Pica Pau” and its sequel enough! Oh, and I just recently discovered that the creator has some free patterns on her blog as well! Some are only in Spanish, but the more recent ones have English as well: 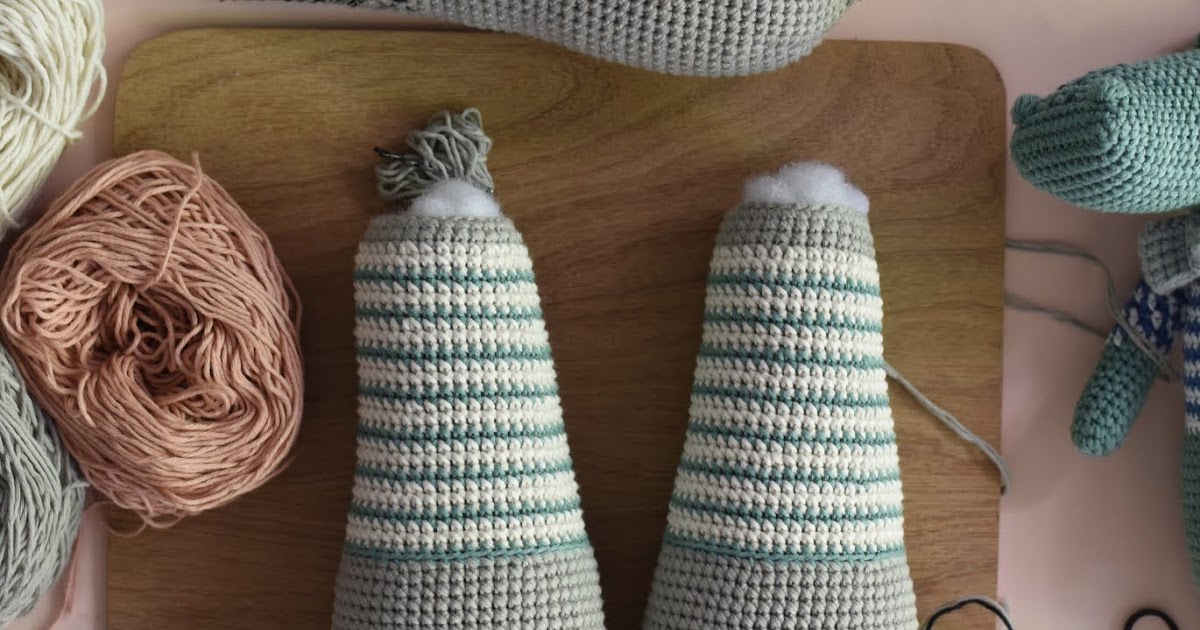 This little guy is so adorable!

I absolutely adore Otis and his yellow hat! He makes me so happy!

Thank you so much! It makes me happy to look at him and know that I got to help teach you crochet and it’s yet another thing we share a passion for! Miss you!

What a happy critter! I’m happy that you completed those claws. They turned out great!

squeals how absolutely adorable! You did a great job. I dino how anyone makes such neat stitches.
I’m so amazed how far sloths have come in pop culture. I chose my internet name about 11 years ago (both on Craftster and other sites) and have been obsessed with sloths since I was about twelve. I knew eventually they would hit popularity but it’s still so surprising. I can go on Lettuce craft and type in Sloths and there’s tons of projects!

Otis is a real cutie! What a perfect gift for SBC!!

He is absolutely adorable!!! The little hat just slays me.

@roler, your otis sloth has been chosen as a featured project for the week

By far my favorite so far. You are taking your new skill and running with it! I absolutely love this guy. HIs little cheeks, that striped shirt, the hat, the claws, everything is perfect!

Thanks so much, everyone!

My gooooodness! This little sloth is perfection.