Last night I finished up this little poinsettia person ornament!

I used this pattern by the talented lalylala: 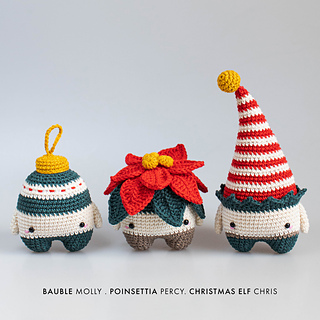 I used a B hook and weight 2 yarn - by far the lightest/thinnest yarn I’ve used so far! After all the practice with the little fiddly sloth claws, though, it wasn’t nearly as difficult as I’d expected! 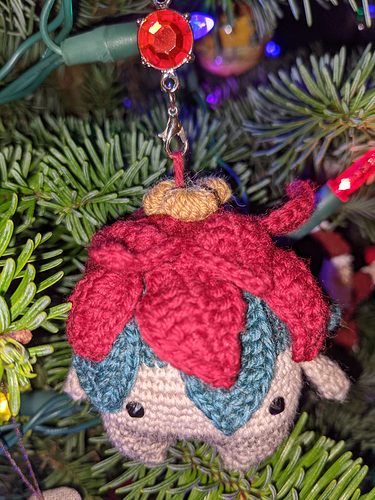 I ended up making a few more leaves than the pattern called for, and making a couple of them bigger than it called for as well to cover the whole head (I think my tiny gauge messed up the proportions a bit), and if I do it again I’ll probably add at least one more leaf to the green layer as well, but overall I’m happy with how it turned out! Also, none of my safety eyes had posts narrow enough to be forced through these tiny stitches, so instead I bedazzled on some rhinestones. 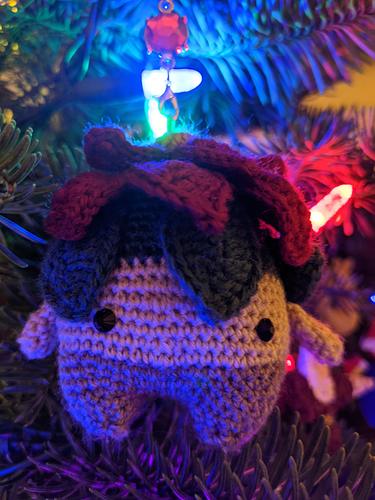 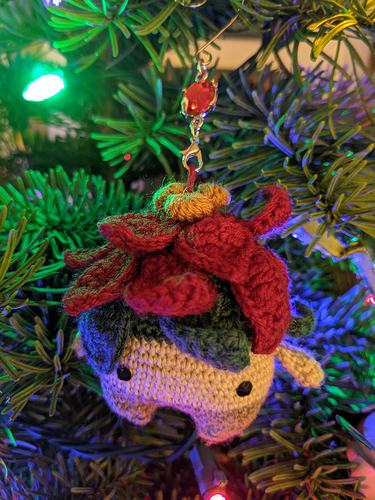 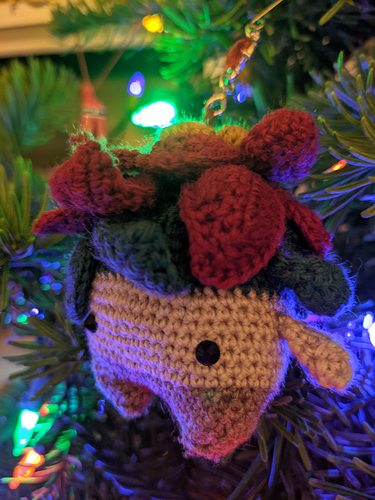 This is so cute! You HAVE to make the other two now so she (or he) won’t be lonely! Ha! I love his round little body.

Super cute!!! I like his festive hook also. Bedazzle on!

Would totally believe this was a new Pokemon. Adorable!

Oh my, it is simply adorable!!

Those patterns are fantastic and I love your version of Percy the best. what a fun ornament!

I love it! What a cutie. Great craftsmanship.

So cute!! I’d love to see the other two as well!