Pop Up Cards featuring D-O and Steve the Penguin 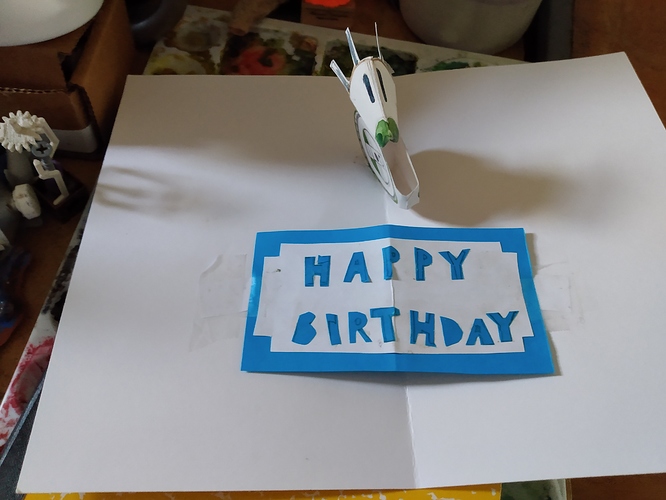 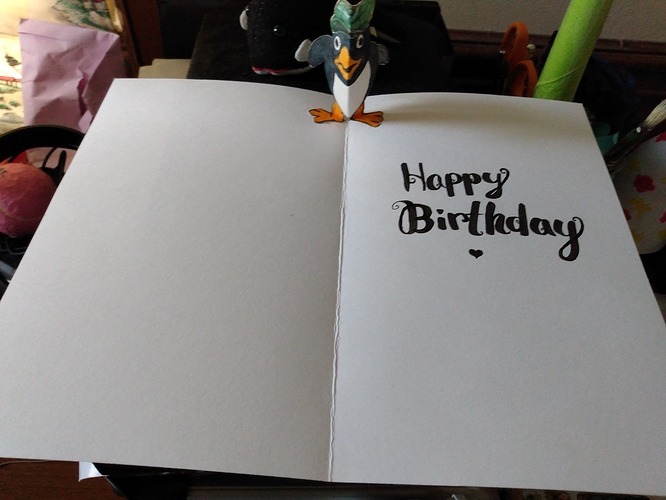 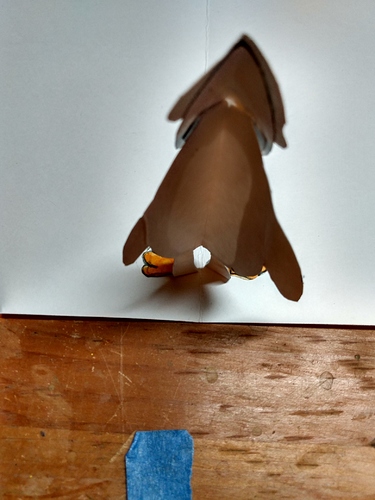 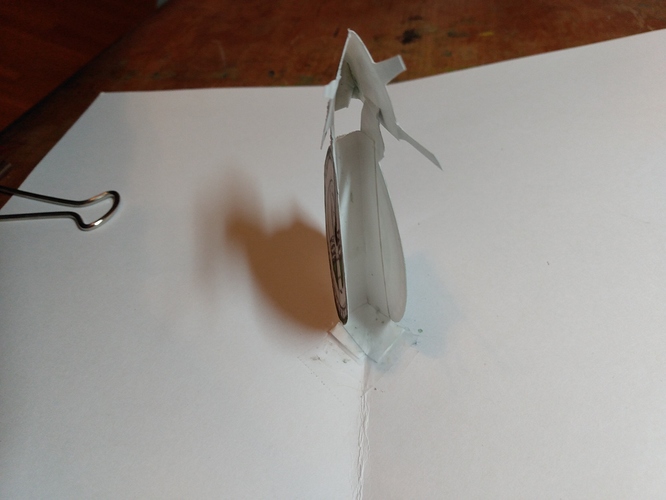 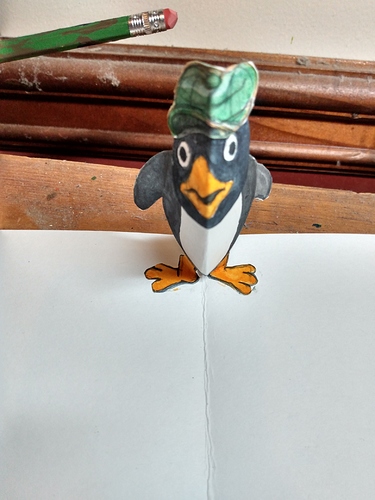 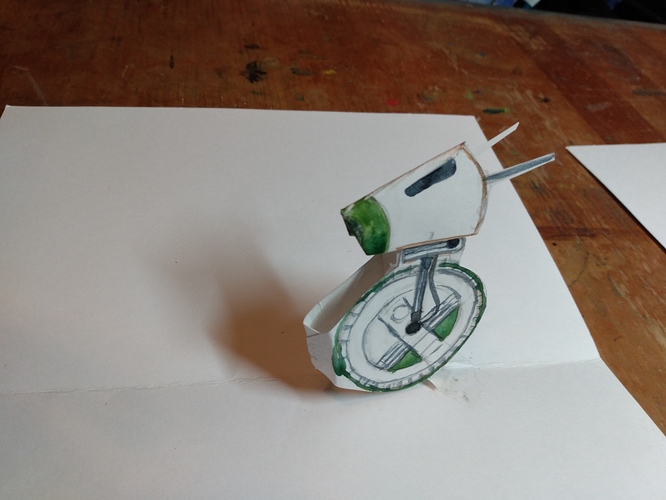 I am learning how to make pop up cards because they are so cool. These are D-O from Star Wars and Steve from Gravity Falls, for my relatives.

As you might be able to tell, the mechanism is the same for both of them, a single strip of cardstock folded in half, then glued with one “foot” on each side of the center fold of the card so it will go up and down as the card is opened and closed. The visible parts were then glued on to this “spine.”

I drew the parts with pencil on cardstock and painted them with watercolor before cutting them out and gluing them on.

D-O looks slightly more complicated but only because I added another side to make a box shape and the position of the supporting spine meant that the box ended up on a diagonal (Or… yeah, I meant to do that). Steve’s head is attached separately so it is a little angled off of his body. I drew and painted his hat separately and glued it onto the head.

Before the glue was completely dry, I made sure that everything folded flat without crumpling or ripping. The lettering was outsourced to a family member.

Thanks for reading my first post! Like everyone else, I was so surprised to learn that the old site was shut down but grateful that the running with scissors spirit (uh) leaves on! Thanks LC!!