I sassed up a couple of notebooks for Christmas gifts. One was for my MIL and one for @gozer.

I did gozer’s first. I knew I wanted pink lettering and it was fairly thin so I feared it would get lost in the background of the design so I put it on a piece of white vinyl first. 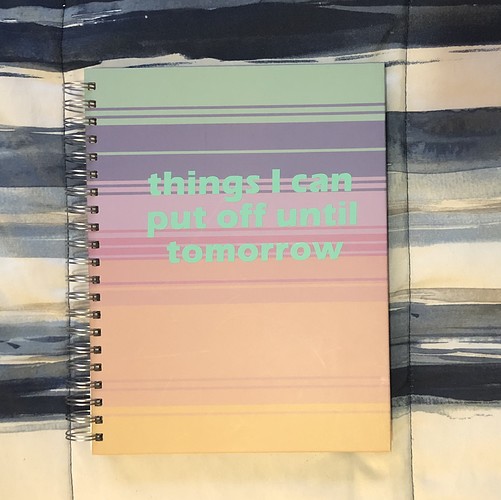 I wish I’d got that one a bit better centered but I do like the thick lettering better.

Wish I could have redone the first one but it had been shipped out by the time I did the second one.

Those a pretty notebooks and I love the sassy sayings!

These are lots of fun!

Thanks! I think they are kind of a hoot!

I need a notebook with the first saying, I feel like I’d fill it quickly

HA! These are journals I need.

I love my notebook! You know I have a thing for note taking and list making. I love the day they lettering makes each notebook almost looked like they are different colors.

Thank you! I’m glad you like it. I think it goes with your brand of sass.