I always need to be fiddling with something when it comes time for me to sit still, so I tend to fold a lot of repetitive origami. One of my favorite quick and mindless pieces is the “lucky star.” 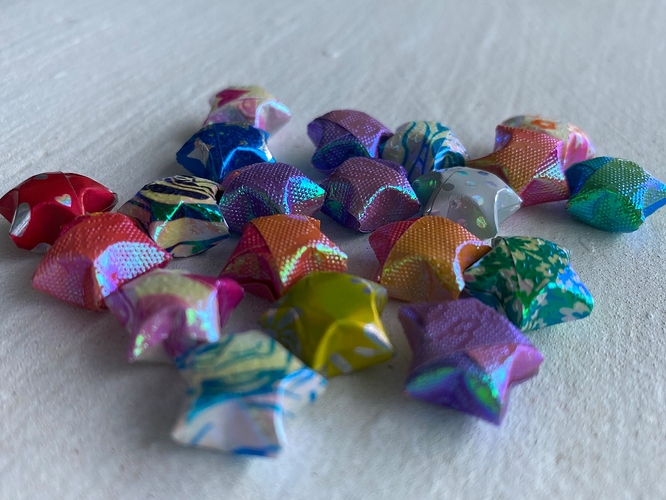 If you’ve seen these and wondered how, they’re really simple to make. You can usually find precut strips at Japanese or Korean stationery stores, but I have also made them out of old magazines, calendars, or any other fun paper. (Just cut to half-inch wide strips, length is flexible, but I’d say somewhere between 6-8 inches.)

First, you need to basically tie (fold) a simple knot near one end… 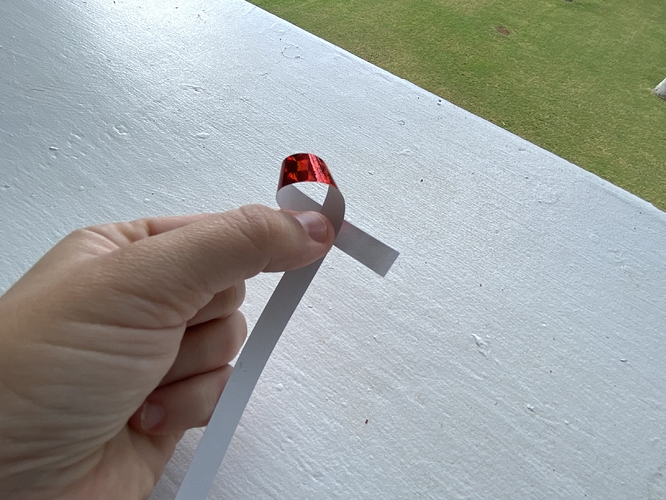 And pull the end through the loop. 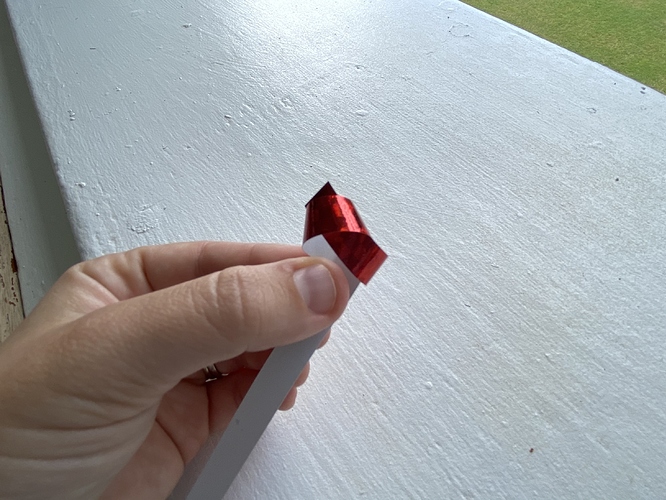 I think the finicky-est part is finagling the knot so that it will lie “tight” when you flatten it. But you want to get the “knot” as clean as possible (with a “tail” of about a half inch), as that will give you the star shape. 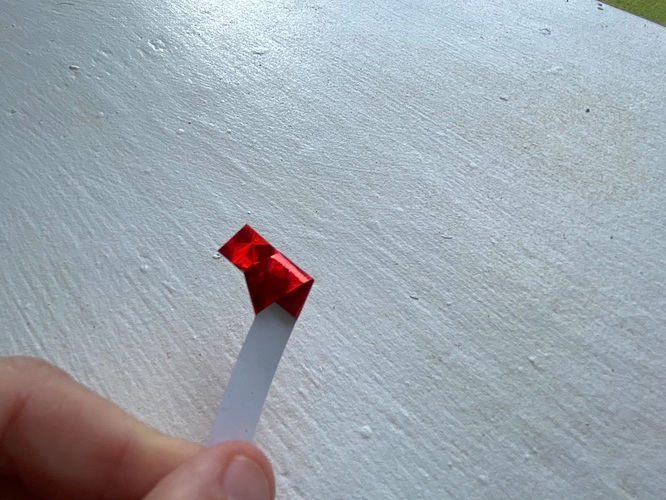 Fold the “tail” back over on the star (you can always clip the end off if it’s too long). 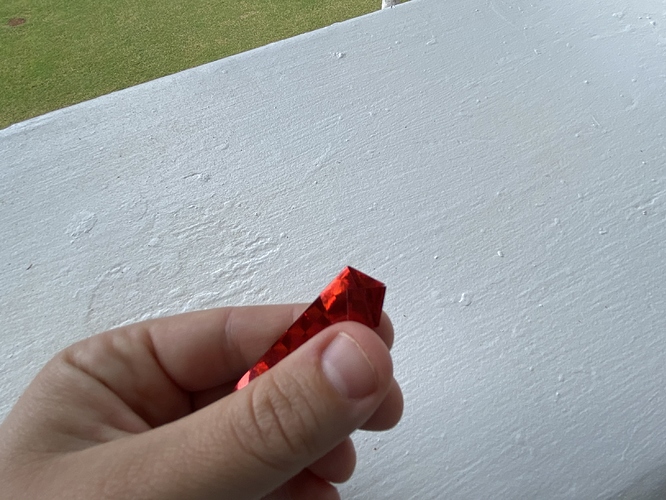 Next, fold the very long tail along the edges of the star. It will fold around and around… 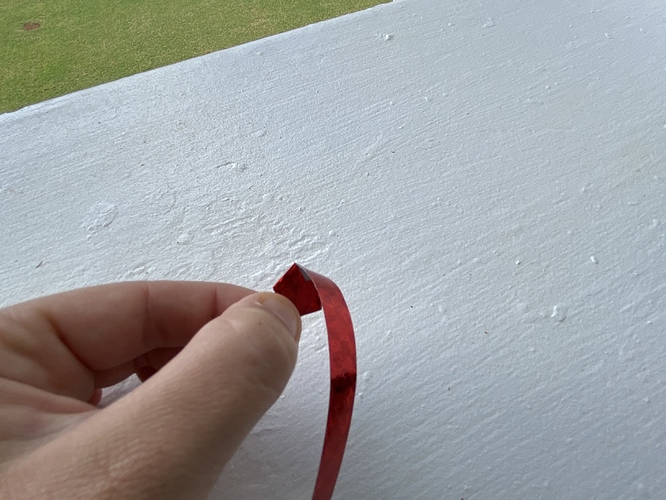 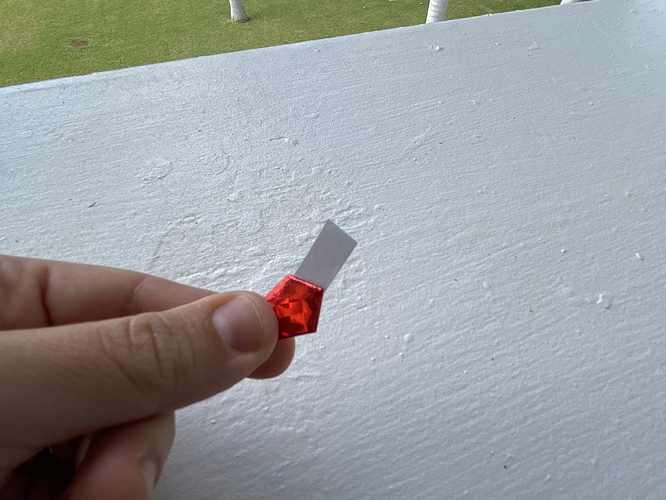 …until you arrive at the end.

(If the last bit is longer than the star, but not quite long enough to fold over again, you can clip off the end a little bit.) 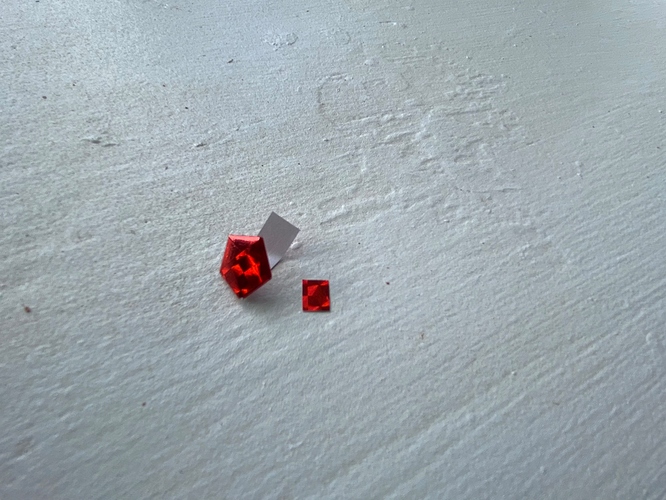 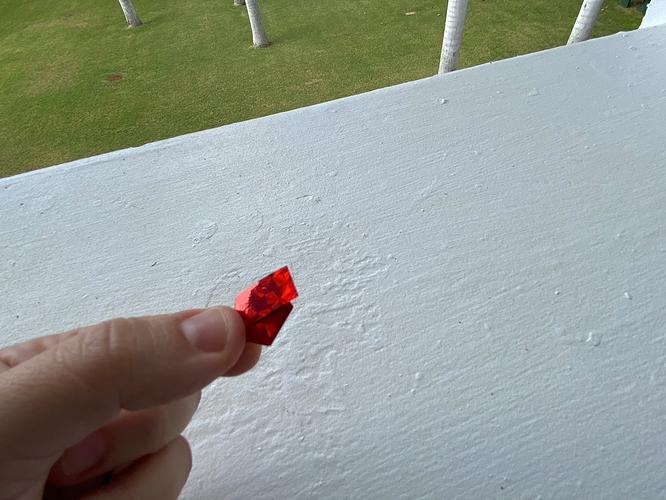 Then, tuck the end of the tail into the star by making sure both corners are under the two “pockets”/layers on the star. You should have a flat pentagon. 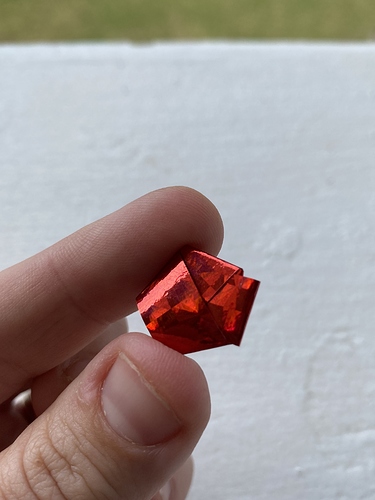 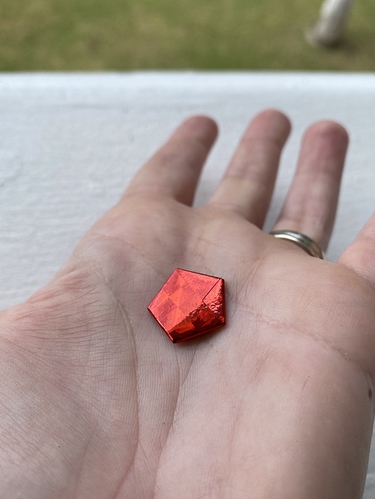 Lastly, puff up the star by pushing the flat sides inward, almost like you are trying to fold them in the opposite direction. (You can also think of “pinching” the points around the edges, if it helps.) 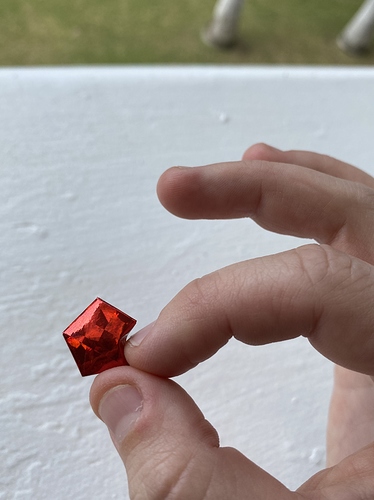 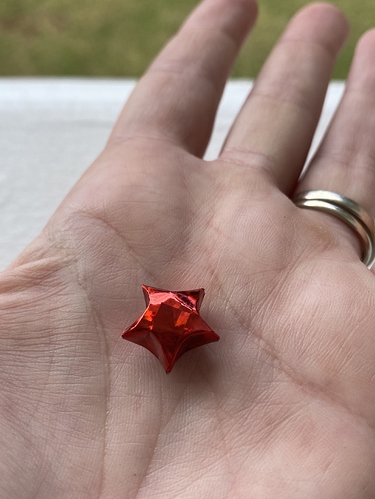 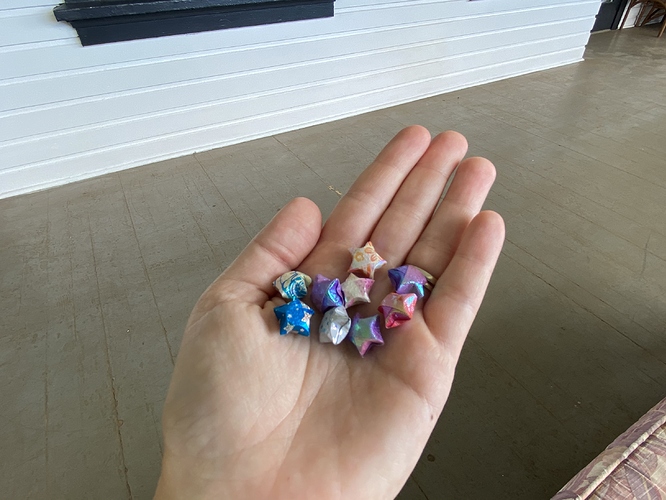 Cute! I always wondered how those were made.

When I was making Prittens, I used to fold stars to put in their adoption packages. Among some of the strange things that survived the fire that destroyed my office/studio were some of those stars.

These are sooo tiny!! Thanks for the how-to!

I’ve done these in metallic curly ribbon (tiny! String with seed beads…) and spent a month or so in high school making a thousand of them with edge strips from dot matrix printer paper. (That was the mid-90s, so it wasn’t exactly easy to find dot matrix paper, but anyone who still had some didn’t mind my pulling the edges off it.)

…I still have a dot matrix printer

at my old office. We use it to print multi-page invoices.

These look like so much fun to make! I see many meetings now occupied in my future!

I used to fold stars to put in their adoption packages.

Yes! They are great to throw in packages.! (Which is mostly what happens to mine…)

I used to make them with curling ribbon too! That was a long time ago… I think I like this size better, heehee. (Easier on the fingers, but also a little more puffy cute.)

Yes!!! When I was a kid, I used to make springs out of them. (Where you zigzag fold two of them together, if that makes sense.)

I remember these! We filled small jars with them and shared them with friends for good luck. Your step by step instructions are excellent!

Love these and thank you for the tutorial. I have wanted to make little stars for such a long time.

Thanks so much for the tutorial! These are pretty.

Thanks for the tutorial on these! I love that you send them in your clay creations. The ones that came in the package you sent me are dotted around my studio!

Going to have to try this!! Thanks for the how-to!

They’re so cute! Thanks for the tutorial - I wondered how they were made.

Very cute! Love to see them in a mix of colors like this!

How cute! Love the cuddly stars and especially the ones made from iridescent paper. Thank you for the tutorial! I’ve wanted a jar of these stars forever (Riechan gave me some with a bunch of inchies and twinchies for OWS for a start), and now I can hopefully make more.

I love these little stars and for that matter anything origami. However, I just can’t get the hang of it, I will have to try your tutorial.