Grown-man-son wanted to do a Squid game Halloween theme this year, so I helped him accomplish his dream. 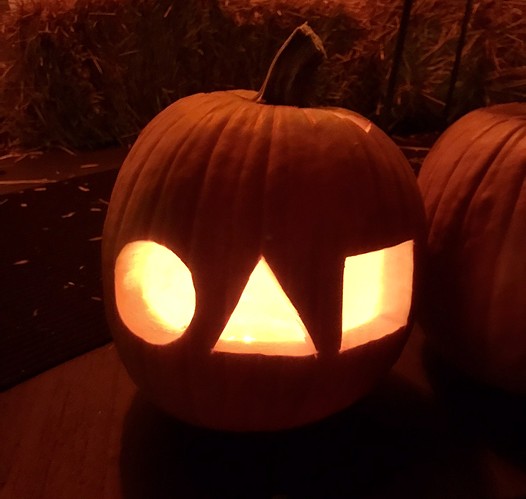 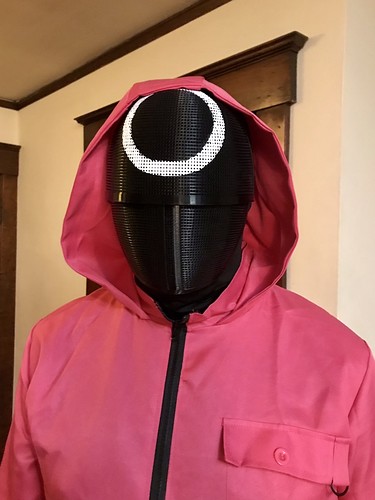 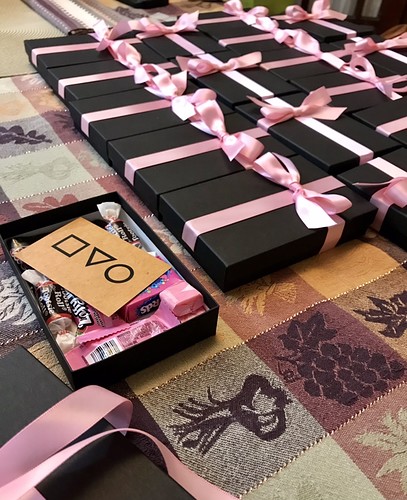 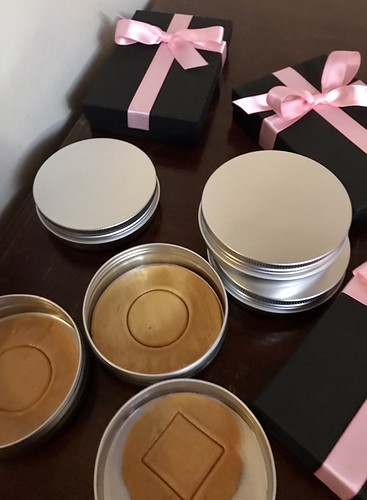 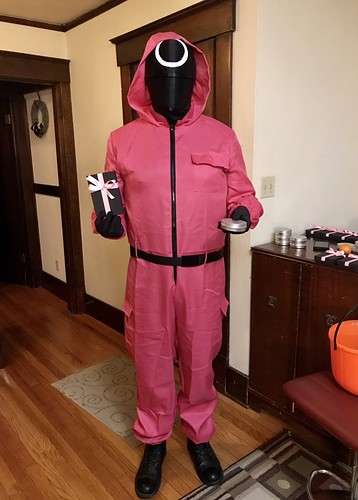 He bought the components of the costume online (although for a while it appeared the pink jumpsuit would not arrive in time, so I was researching how to make it myself.) He did paint the white circle on the mask.

I spent the better part of 3 days figuring out how to make dalgona (Korean honeycomb candy). It took a lot of practice and failure before I managed to make a batch that was reasonably successful.

Peoples’ reactions were… interesting. I was shocked when some school-aged kids ran up, enthusiastically squealing “Squid Game!” while their parents were mystified.

One (grown up) fellow kept backing away and repeatedly yelling, “HELL no!!!” when my son held out the black box with the pink ribbon.

We live on a street that is about three blocks, with dead ends at both ends. So we rarely get many Trick or Treaters. But this year, we ran out of candy! At least one (grown-up) person came back a second time, to show our house to a friend.

Best for me, my son was super-pleased with the whole event and enjoyed working together on the project.

This is the coolest!! I would have brought all my friends back, hahahahaha. I love the reactions you got! Go you!

This is hands down the best show I watched all year! I wanted to be the mastermind and make a gold rabbit mask but alas ran out of time (as usual)

Awesome! I would have been scared and delighted!

I haven’t watched the show, but I can tell your things look amazing! And I second that adult’s “hell no” response to your son’s costume… in THE BEST WAY! Super creepy!

Your post inspired me to watch the show. I saw the preview and thought, ‘That could be interesting…’ then your post came through and I figured if it was good enough to inspire your Halloween theme, it was worth watching.

Im only 1.5 episodes in, but from what I’ve seen, your decor is perfect! I enjoyed reading about your neighbor’s reactions and love your beautiful ribbon wrapped boxes!

It is horrifically violent, of course. But does have some interesting themes re: crazy inequities in wealth, loyalty vs self-interest, and people being given the illusion of choice when they are actually pawns of people with power.