Hopefully you guys aren’t sick of my assemblage pieces yet.

I made these 2 for @anna.wahnsinn in a private swap.
The base for the stars were 4 wooden star ornaments I got for super cheap at the AC Moore close out sale ( 3 cents each!!!) I would have bought a lot of them but they only had 4. 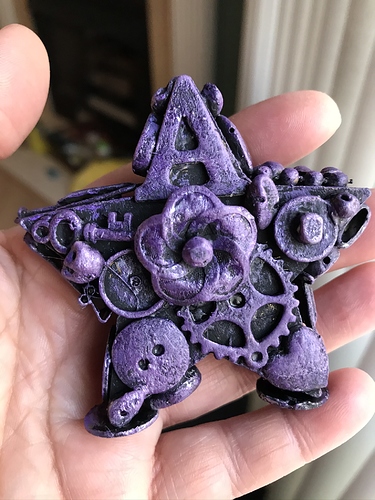 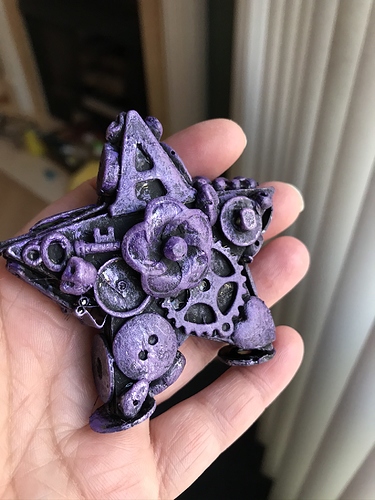 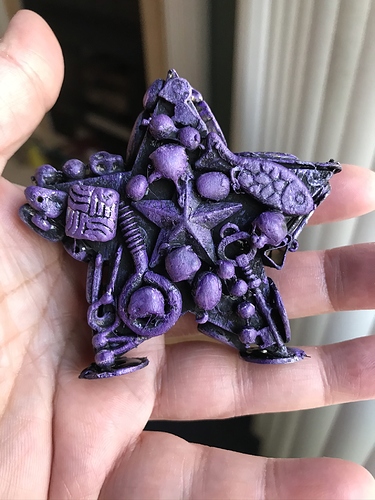 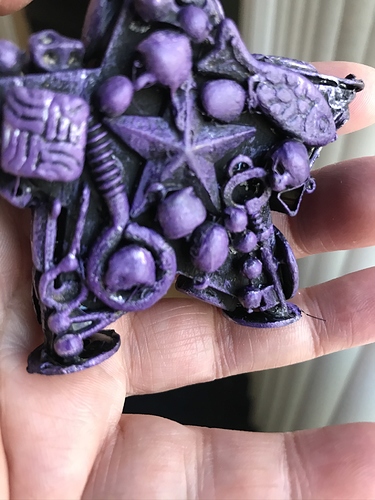 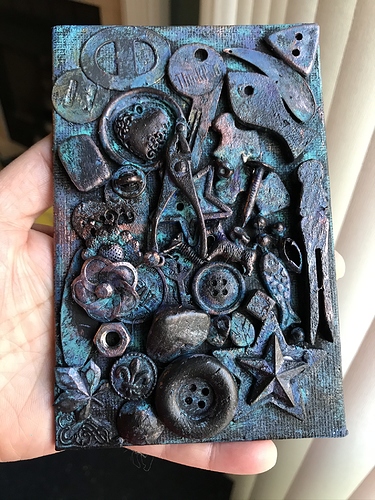 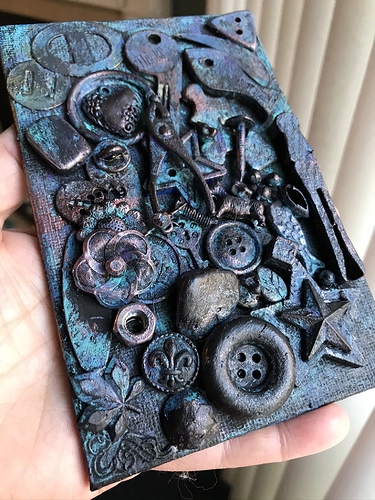 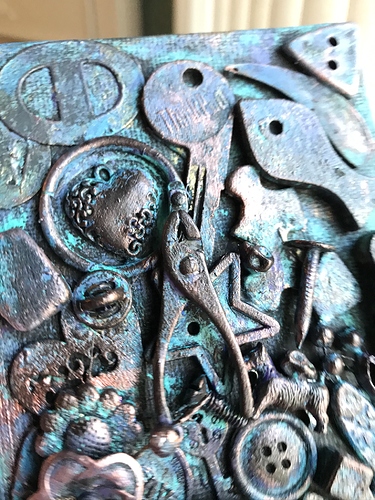 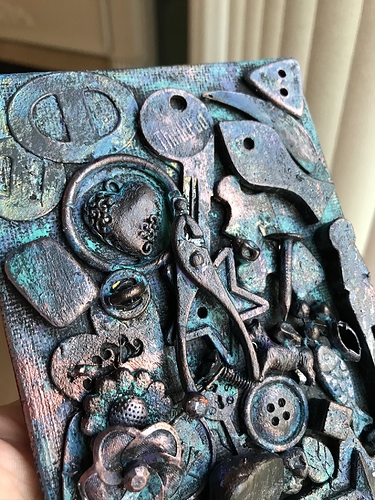 I had not thought about using other things as a base…they are quite heavy so a box lid would probably not work, but some of the wooden pieces I have might!

had not thought about using other things as a base…they are quite heavy so a box lid would probably not work, but some of the wooden pieces I have might!

First I had cut stars out of card board and covered with masking tape. It just wasn’t sturdy enough. With all the glue and paint it just sort of softened of the cardboard. So now everytime I’m out I’m looking for wooden stars because this is the 2nd wooden star I’ve made and both were put together from star ornaments.

These are so pretty

Neato! I like how you’ve incorporated feet/stands into the design of the star.

I for one definitely won’t get tired of these, they are so great! Love the star, everyone knew that, and the colours (the 4x6 one, so deep and gorgeous!!!), and the the littles items! And even my kids had to admit that A is for Anne, not for H or L, so there wasn’t even any debate about “lending” them my little treasures. Ha! Because we know how that would turn out. But both made lots of noises about collecting all the little bits and bobs now, so I guess we’ll be trying some assembling at some point too

Also included was a little easel painted black, and I’m sitting here at my desk, grinning (somewhere between smugly and manic, probably) because there are beads, nails, screws, jewelry findings and sewing notions, a pair of pliers and stars and hearts and buttons, flowers and leaves, a puzzle piece, the monopoly dog sniffing the pliers, and I just know I’ll keep finding more the longer I look at it. This was such a thoughtful package, and both pieces are so perfect! The little star (just under 3") stands on his two little washer feet, and I love the little clothes peg.

Thank you so so so much!

These are so cool! They’re like handheld “I Spy” games! So many little details to look at.

Yes, these are super-cool! I love how the letter A is the top point of the star. Very nicely done!

While assemblage isn’t usually my personal style, I will never get tired of seeing your pieces. You have so much talent! They are so mesmerizing.

What a great closeout deal! Too bad there were only 4. And, I love how the letter A fits just perfectly!

These turned out great! But those tiny pliers are the best!

I love the first star with the “A” on the top! Very cool.

I love the finish on these - so gorgeous

I love the colours, and the different things used on them