This summer, in the middle of the pandemic, I got a new son. He just turned 13 and both him and my boyfriend were really excited that I love making fun things.

I thought of making him a Starbucks cup cake, but then made individual cups for all the guests. The cake in it is a Vietnamese coffee cake 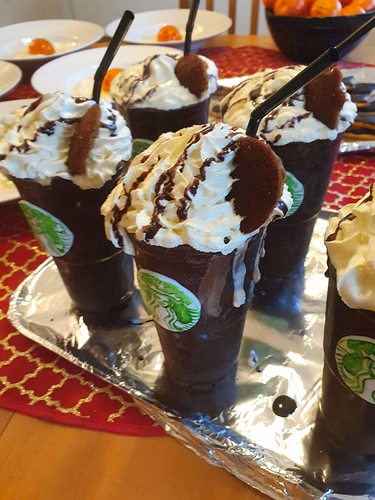 Then, my wonderful step son, said he also likes Dragon Ball… it didn’t mena he wanted something dragon ball, but I had an idea so I made it anyway. I followed this tutorial and it worked great. I served it in a pool of vanilla sauce and with some cream “clouds” 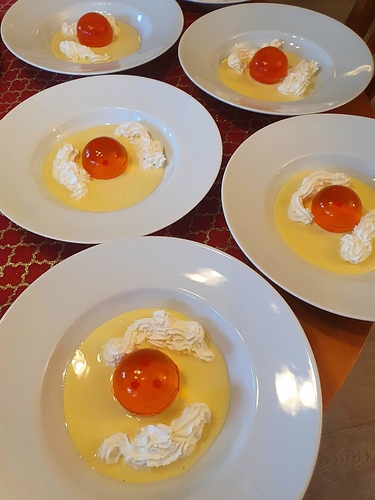 And then, as if I didn’t have a lot of things to do, he decided to let me know he also like Naruto, so I ended up making him Naruto cookie weapons. I used an ordinary sugar cookie recipe, and because I couldn’t remember where the black food colour bottle was so I had to make my own using green, blue and red food colours to make it black, and it worked! 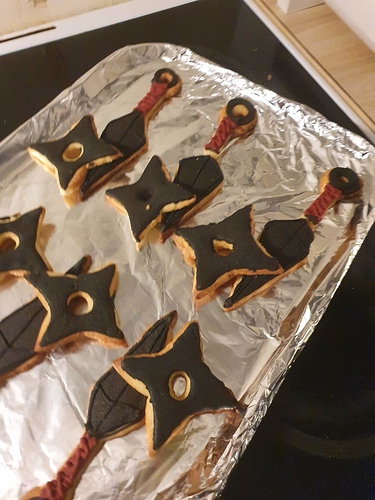 These are all so lovely and sweet!

I think you deserve an award for being such a thoughtful and awesome parent.

These all turned out great! Bet your son went nuts over them!

Those starbucks cups are just so amazing!

Wow! You are one dedicated parent! Beautifully done!

These are all great! Well done.

you win for being the best mom/stepmom/adoptedmom (aren’t they all really just the same?!?) ever!

These are so great. I’m sure he was thrilled!

I LOVE the dragon ball jellies! Looks just like something that would be sold at one of those themed cafes in Japan! The little cream nimbus around the jellies is just perfect.

Beautifully done! He is very loved.

These are so cool! My fave is the coffee cup cakes - so much detail!