The March kit from Alpha Stamps is here! So many chicks and bunnies; spring is on the way, which means Easter is not far behind. I love some Easter art, but I found a collage sheet entitled “Circus Chicks”, and you sure can’t go wrong with that! I made my Little Niche Egg shrine into a tiny springtime circus, because why not? 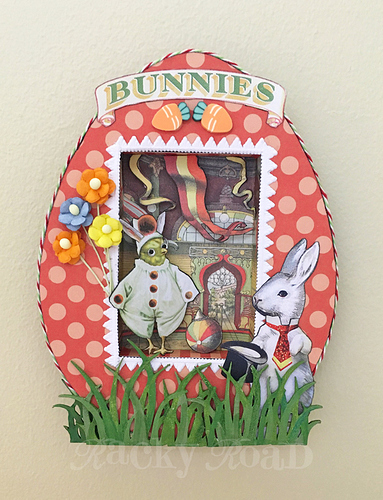 I fell in love with the little chick in its clown costume, and decided to work around him. Sure, he’s not a bunny, but he is, at least, now sporting the bunny ears. For the background, I found the perfect circus image from the Big Top Circus collage sheet, and made it the background of my niche. I used two copies of the circus collage sheet so I could cut out the flags and banners and attach them with foam tape for added dimension. I also cut out the ball, and attached it with two layers of foam tape to bring it to the forefront. 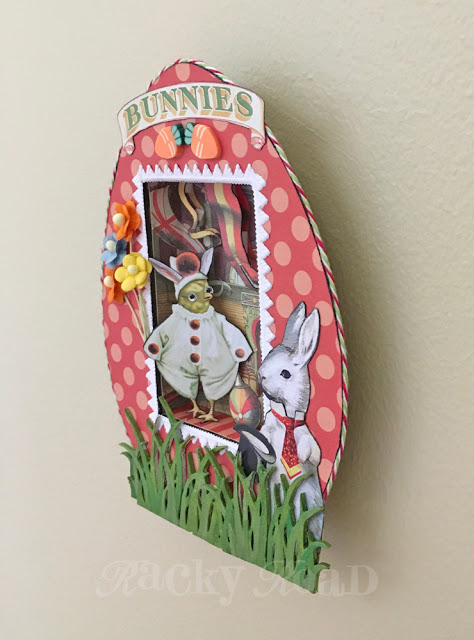 Every circus needs a ringmaster, but the rabbit image I wanted to use had his head facing away from the action. I cut out the body of that rabbit and used the head from a different rabbit from the same collage sheet. Now he’s paying attention! 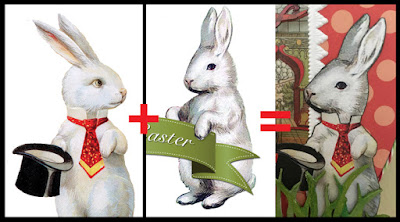 The chick on the collage sheet appears to be wearing an eye patch, so I colored the patch yellow to match his head, and added a couple of crazy eyes. The eyes I used are designed for fishing flies; they were the perfect size for this crazy little clown chick. Because the eyes are plastic, it was easy to trim his left eye so it looks like it sits behind his beak. I also gave him some bunny ears, cut from the original head of the ringmaster bunny. Now he fits in with the other rabbit performers. 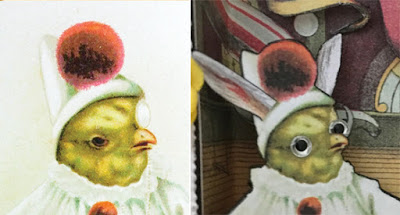 Here are a few photos of how this project came together. I first chose the image of the chick, and the circus background, and then the perfect piece of scrapbook paper from the Echo Dot Summer Dots and Stripes 6x6 pad that coordinated with those colors. The dotted paper was glued to the egg, and then carefully trimmed with an x-acto knife. Some baker’s twine was glued around the outer edge. The circus image was adhered to the back and sides of the cardboard niche, which was then glued together with white glue. Clothespins work great for holding things together while the glue dries. 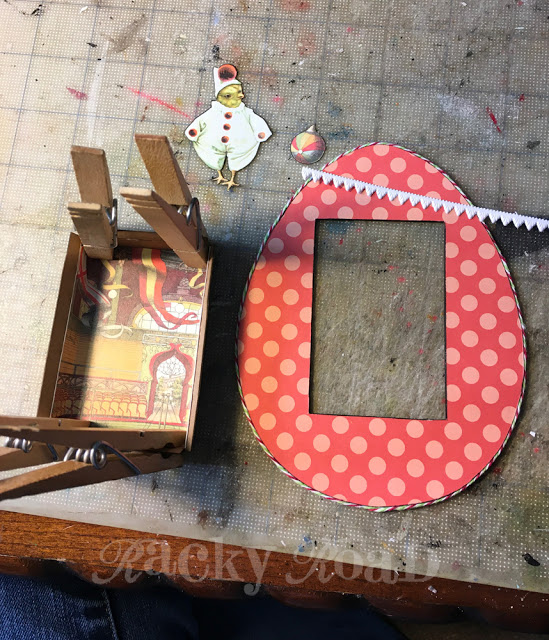 The niche was put in place and the flaps glued to the back of the egg. Masking tape held down the flaps during drying time. The hanger was also glued on at this time. 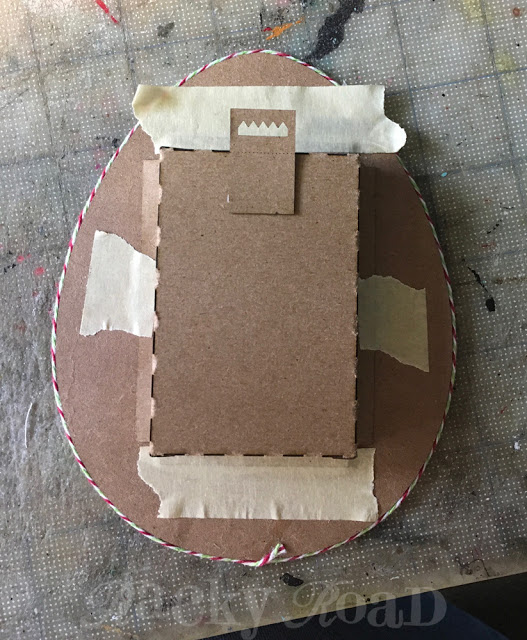 White Dresden trim around the opening reminds me of those sugar eggs with the scene in them that I used to love as a kid. I tried it out to make sure I liked it before gluing it down. In the photo below, the flags in the circus background have not yet been doubled up. That was my next step. 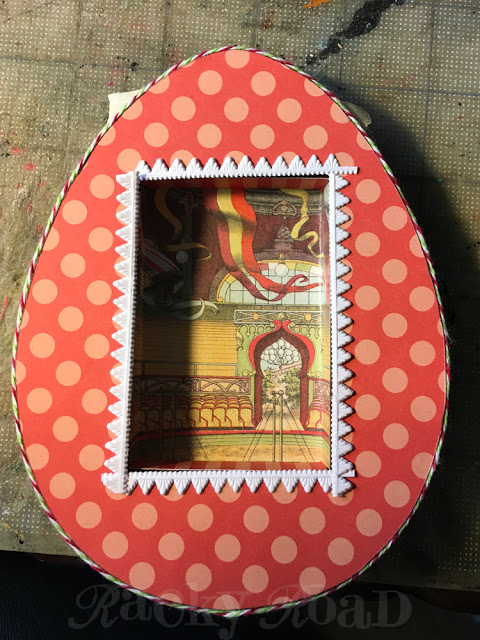 See how the flags pop, now that there’s an extra layer? After the egg was put together, the outside was decorated with all the elements. The chipboard grass was greened up with a combo of paint and colored pencils. I used three clusters to make the Easter grass that the egg sits in.

What a fun twist on Spring! I love that you customized the rabbit and the chick to make them fit your needs. And neat trick with doubling the flags - they pop for sure!

I love your bunny circus! Your work is always perfection…

Ok, I am wild for those fishing fly eyes! I think I have a sheet of little yellow peepers like that somewhere. Too fun!
Also, I am also quite fond of the grass. Is that weird, that I like the grass so much? I must really be craving spring!

I love that you cut the head off one bunny to frankenstein onto another’s body! It is these kind of details that make your projects so wonderful…love this odd Bunny Circus shrine…

What a great springtime project!

Oh goodness! This is so cute, and so YOU!

I love the egg shrine! As it turns out it IS Racky’s circus, these ARE her bunnies.

Who doesn’t want to have bunnies hanging around in Easter eggs?? Adorable and so detailed! Love your work!