I’ve been obsessed with plants lately. Live ones, fake ones, ones with eyeballs (clearly).

I’ve seen some funky stumpwork plant-critters and wanted to try making my own. 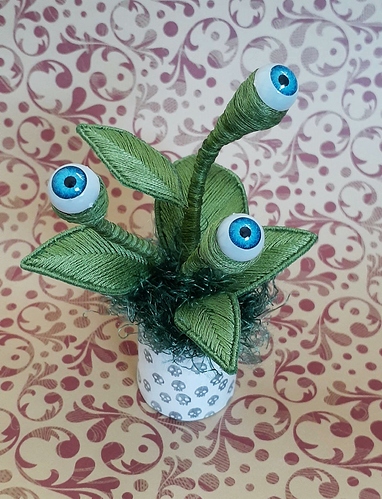 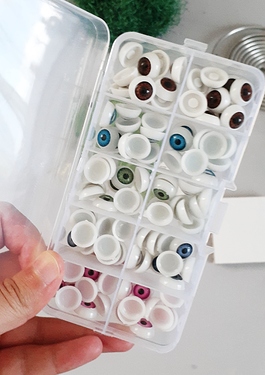 And then lots of stitching. I love this leaf stitch pattern - so satisfying to complete. 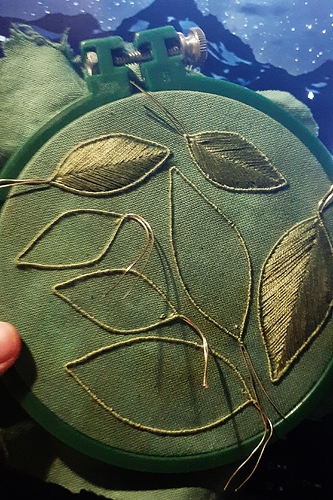 For the stem, I used some super thick wire with a bit of clay to form the eye stalk base. 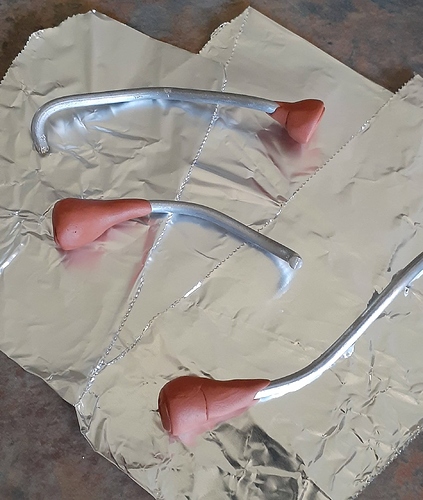 Next is wrapping the wire and leaves together with liberal amounts of glue. 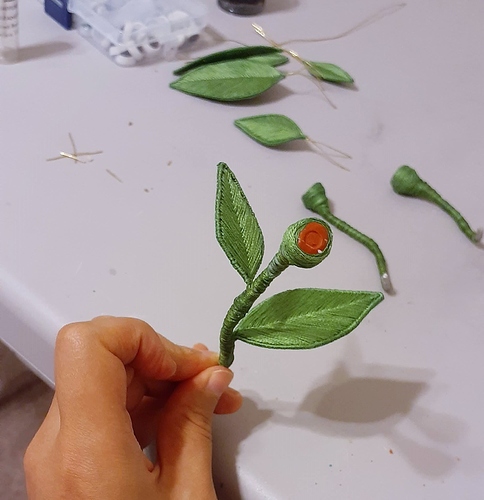 Arranging and playing with the shapes. I also used this novelty yarn I bought YEARS ago for some added texture. I tried using real moss but it just didn’t look right and made a giant mess. 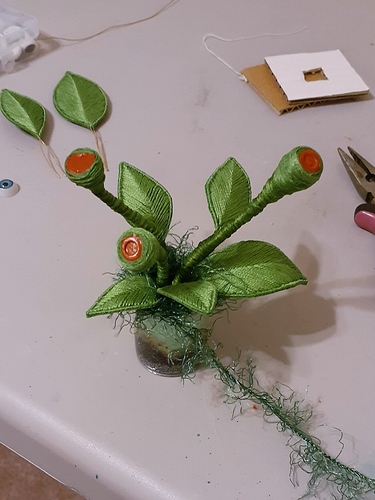 And finally was gluing on the wrapper base with some iridescent tiny skulls. 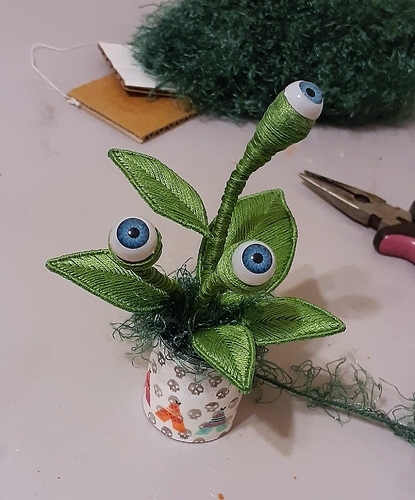 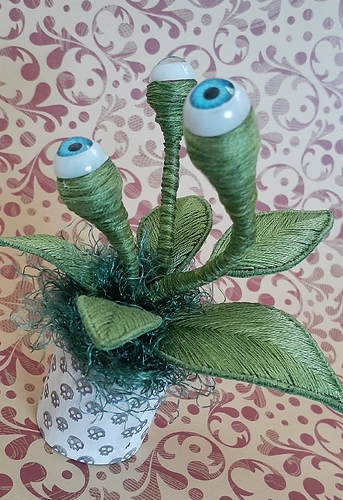 Oh, it is so wickedly good, Brava on a freaky masterpiece!

So many great things about this project! Love that you did stumpwork…the leaves turned our just perfect! The concept alone is fun and unique…the “moss” fits perfectly…I love this project!

This is awesome! My DIL would love it!!

Nice! I love them. Your stumpwork is great.

Well this one won’t pass for real on a zoom call.

But it makes up for it in AWESOME!

I love this! It’s a great idea and executed so well. There is nothing about it I would change. Great job!

I couldn’t help but think “Labyrinth”. I didn’t know how stumpwork… worked, but you took great photos! I like your choice in blue eyeballs and the addition of the yarn for a moss substitute looks really good. Ugh, I hate knitting with that type of yarn anyway, lol.

Isn’t it fabulous!? This little beauty lives at my house and I love it so much! Thank you again SB!

THIS IS AMAZE(eye)BALLZ! I love that you’ve made a fun/funny thing so well-crafted!

Love everything about this!

Thanks everyone! I have a couple of extra leaves so I might have to make a sibling for this lil fella.

So cool! Freaky, but cool

I love the touch of the moss

I wonder what you’re going to do with the rest of the eyeballs?

Congrats! Your Three-Eyed Plant Critter is one of this week’s featured projects. You are awesome!

Wow, that is absolutely marvellous!!! So creative and he came out great