I’m not used to this site, so I figured I’d get in some practice and post one of the many projects I’ve been working on since the world shut down.

Meet Charlie. Charlie is a bigfoot voiced by actor Jason Lee from a super cute cartoon called “We Bare Bears”. 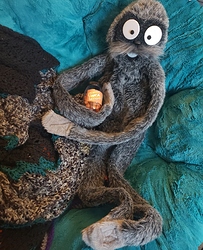 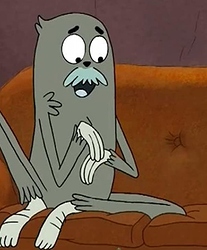 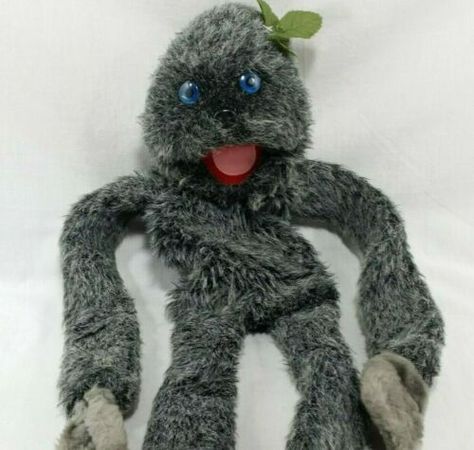 This isn’t my photo, I just googled this one, but they are identical twins. I just got a new phone and didn’t transfer his actual “before” photos.

I gave him a fluffy mustache, I painted his mouth and then I struggled finding the perfect eyes for him. I had bought safety eyes for puppets but they weren’t big enough and they were the biggest I could find. He ended up laying around in a heap for a year until it dawned on me that I could make eyes with my button maker. 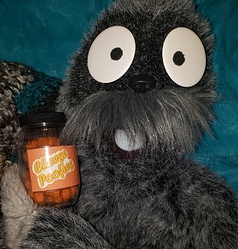 20200512_0024001512×1588 1.79 MB
I have a heavy duty pinback button maker and pressed some plain white paper into a button, glued on some black felt circles and then pinned them to his face. The best part is that I can reposition them to look in different directions.

Now he is so handsome! He is huge too. In that top pic, he is sitting in my papasan and he takes up a good bit of it. He needs velcro on his hands. He has velcro on his feet…but I don’t know why there isn’t any on his hands…they are built to like, hug you while you “operate” them. They are terrible at social distancing.

Oh! I also made him his favorite snack, Cheese Poofies!! They are just tiny needle felted balls in an old mustard jar with a label I photoshopped and taped on but don’t tell Charlie…he loves them. 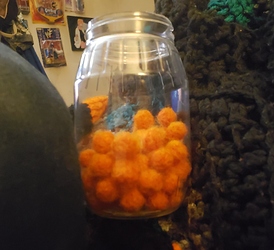 Anyway, I just love him so much, I had to share…and I thought he’d make a strong introduction for me here because he is strange and quirky and loves snacks (just like me).

I have a handful of things I’ve been working on but this dude is the only one that has a definitive category on this site…and this whole new layout kind of freaks me out…but Charlie is a bigfoot and he is afraid of cameras, so we are just going to work through this together.

He is adorable! And I love that you made him some snacks. The site gets easier the more you use it; glad you posted!

Thanks!
I figured now is as good a time as any to get in some practice =0)

I love We Bare Bears, and I love your Charlie! I’m especially excited that you made his favourite treat. This is wonderful. Thank you for sharing, I’m so glad to have been able to see him. You did great.

Awwww, I’ve not heard of Bare Bears but Charlie the bigfoot is just adorable, and I loooove his little cheese puffs!!! <3

Charlie is great! and I thought those were real cheese poofs at first

Ha! He is awesome.

I love his bushy mustache and perpetually surprised expression!

I love how you found a way to make your little Charlie! And the cheese poofies are adorable!!

It’s good to see you back, TmV

He’s so cool! Now I want to watch the show!

Thank you! It’s a super easy watch, I think the episodes might be 10 minutes long and it might actually be for children, but there are a lot of recognizable comedians and actors on it (to me anyway, I’m good at picking out voices). I have another project inspired from it coming soon

Charlie is so fun! Look at him hugging his little cheese puffs! So cute.

He is so cute and I would have never known those weren’t real cheese poofs!