Washrag or Potholder (maybe both)

Ok! I’ll put this experiment in its own post, as…this is bad…like really really bad, but…rather interesting…rather very interesting, in my opinion.

So, I knitted this leaf rag in the round, rather than pinwheeling it, but I gave it the number of pinwheel sections: 12, instead of the usual 10.

Now, it would work beautifully for a lettuce leaf, and I don’t think the waviness would be an issue with it being used as a washcloth. 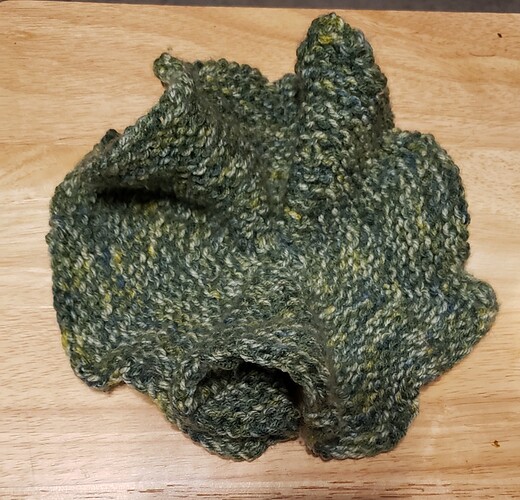 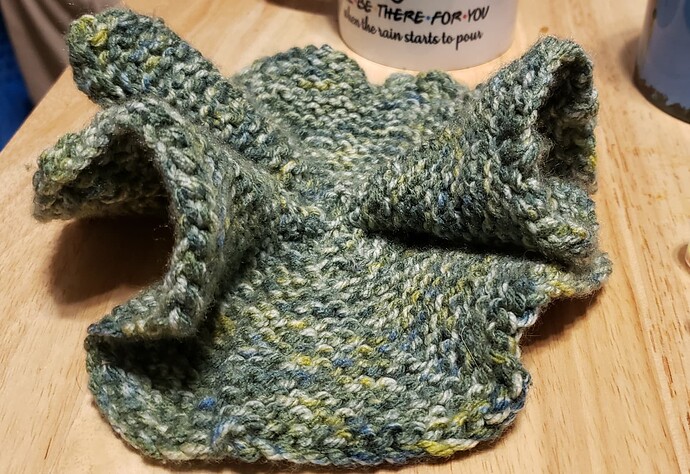 But the really neat thing, is when it’s doubled up, it’s perfectly flat, 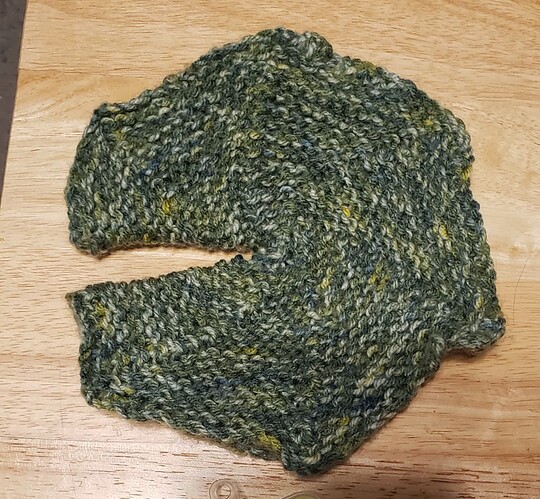 As I knitted this from the outside-in, I’ll have to knit another to see if it does the exact same thing if knitted from the inside-out. If it does, I can see SOOOO many ideas for this. I wouldn’t need three separate patterns, plus it could be so easily arranged that a person could set up a fancy bowl on the sink counter and have the head of lettuce both be functional and be pretty on a regular basis.

Ooh! Also, I don’t even think I have to worry about making the leaf points as the dodecagonal shape would yield enough of a leaf point.

Welp, guess I know what I’m doing for the next few days. I need at least five of these to test everything out.

Pppp! Though, I do need to figure out what yarn to use. Shrinkage, and normal wear and tear could destroy them pretty fast.

The first picture reminded me of a few of my first attempts to crochet round things. Yours waves were intentional, mine weren’t

How neat! I love the idea of a wacky yarn sculpture/cleaning tool. Good luck!