I know some of you have probably seen these already at our previous home, but I wanted to reshare the collection!

For the Great British Bakeoff Swap, I took a peculiar route and made @MistressJennie a Kitchen Witch Hat! Because I had never made a hat before, I made several practice hats first! So here’s the whole collection including two prototypes (one becoming my forest/green witch hat, the other a simple hat that was in the C-ster Garage Sale), Jennie’s GBBO Kitchen Witch hat, and a fourth hat that I made for a friend for a more classic witch hat.

The GBBO hat was finished off with needle felted treats - strawberry cake and some extra strawberry slices, and a trim of embroidered Union Jack bunting. I felted a bit of a swirl into it to make a whipped cream kind of look: 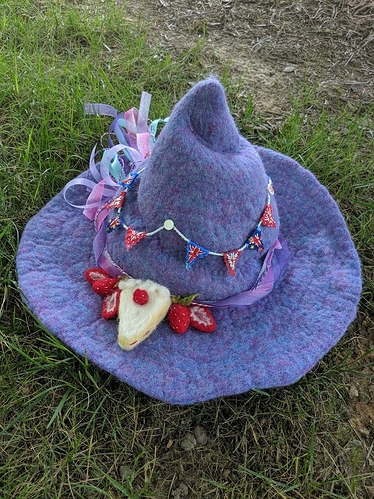 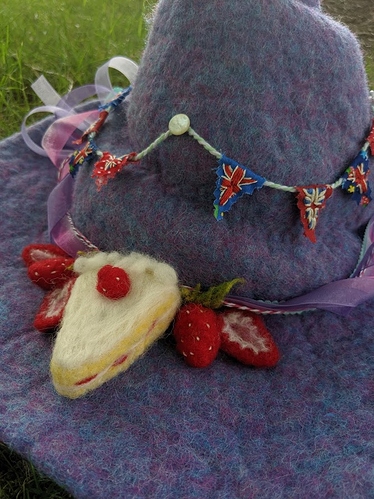 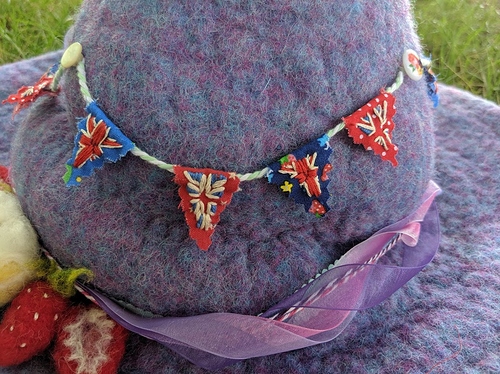 I added dried flowers from a bouquet from my husband from our 7th wedding anniversary and some ribbons to finish off my first hat, making it a lovely forest witch hat: 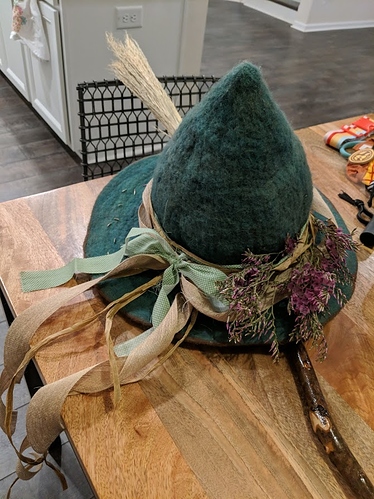 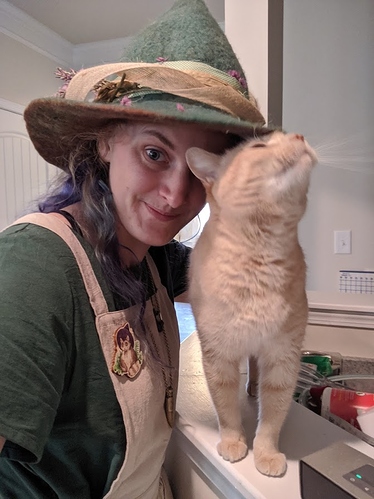 I had plans to make this one an astrology witch hat, but instead I donated it to the C-ster garage sale and added simpler decorations before sending it to @Magpie’s mother! 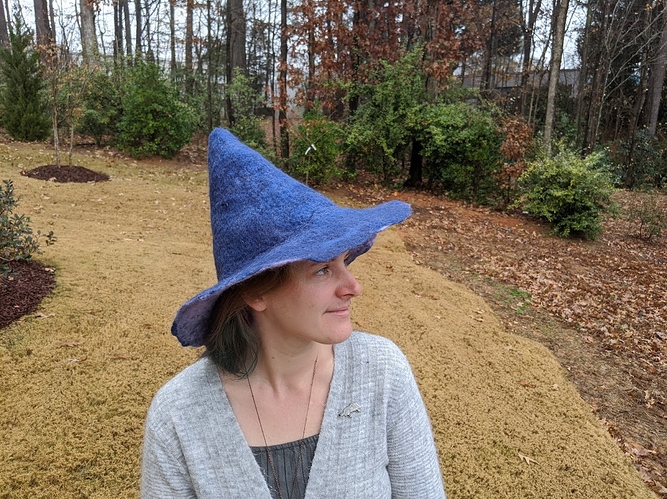 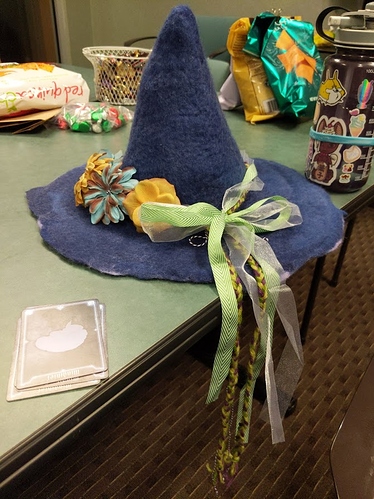 Not many pictures of this last one, but it had the first twirly bit of the hat collection! 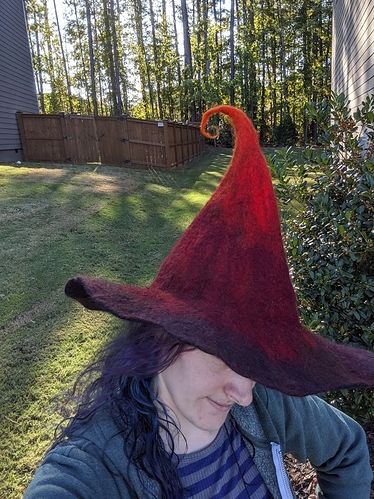 And for funsies, here’s me in the last hat between the needle-felting and wet-felting stages to show how much wet felting affects the structure and size of the hats 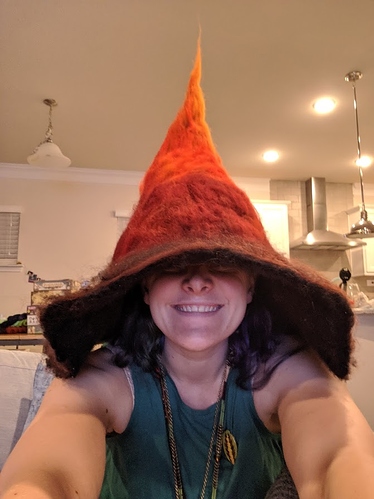 You are the queen of felting, I love these!

Mama loves her hat, she is so thrilled to have it

These are absolutely incredible!

Oh my. Well you already know how much I love these. What can’t you do with some fluff and a LOT of sharp needles?

These are so fun! I like how you’ve decorated each one and I love the twirly bit on the last one too!

Lovely! Oddly, my favorite is the red (i can occasionally like things that arent blue) - love the shading!

ohhhhhhhhhhhhhh, the colors on the green one. with the organic material. woo-wee!

That Bake Off hat. That is the best!

Lovely collection! Now I am vaguely sad you don’t have a picture with all of them together. 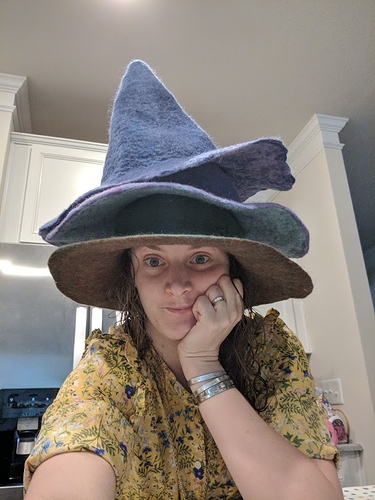 EEEP these are wonderful!! Love them!

Be still my witchy heart! I love my hat so much!

You were the inspiration for them all!! If I hadn’t gotten the idea that you needed a kitchen witch hat, I never would have made any of them

So gorgeous! I love how you finished them.

I did see it on the previous place, did I comment? Not sure, but I’m adding my love this time

Great job on all the hats, such lucky receivers!!! And the difference before the wet felting, always funny

You’re really skilled when it comes to these hats

Those are great. I especially like the green one with lavender.

They are all amazing!!! I really love the green one <3