I’m still enjoying making ATCs! (A little less frequent lately, but once I finish a swap, I plan to dive back into making lots more ATCs.) 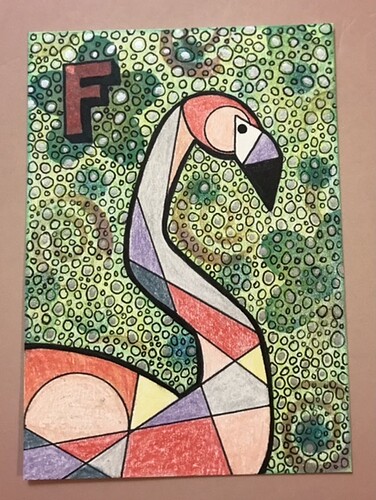 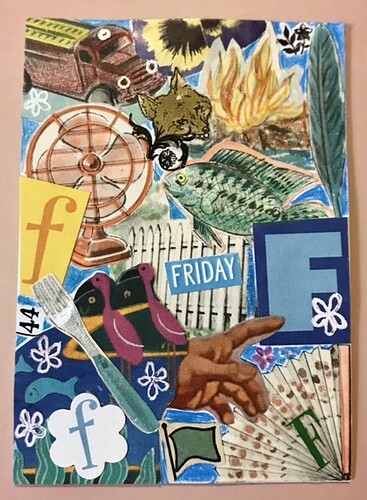 image470×640 135 KB
These two were for @Cindy. She’s doing an alphabet theme. I made the I Spy one first, but wasn’t sure I liked it, so I made the flamingo. The I Spy is made from old paper ephemera (phonics worksheets, greeting cards, etc.)

The next one was also for @Cindy. It’s an Ambigram, a text-based art form where (a) rendered word(s) can be read at least two different ways. This one reads differently depending on which side of the card you are viewing. 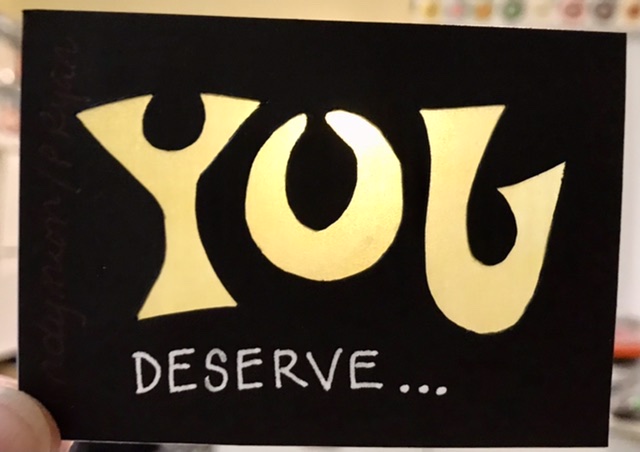 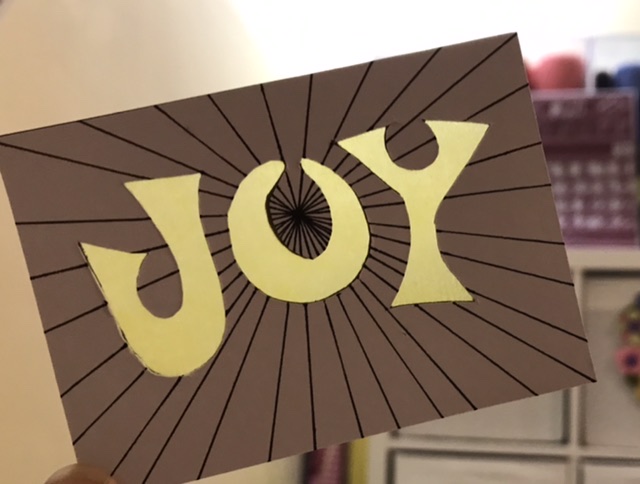 The word itself is made from translucent kite paper, so that the light can shine through.

I did three cards that were altered vintage photographs. They were printed on ink-jet printer fabric, then embellished (mainly with embroidery).
For @roler, this daydreaming boy in a party hat… 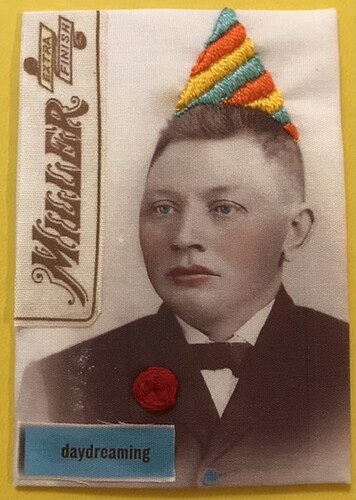 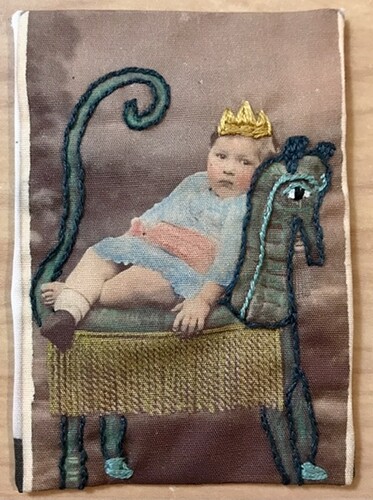 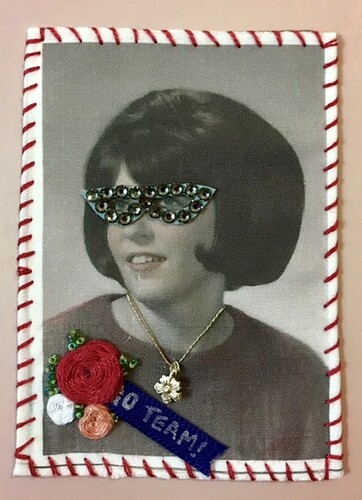 For @bluebird’s egg theme, this shaped ATC made to resemble a pysanky egg. 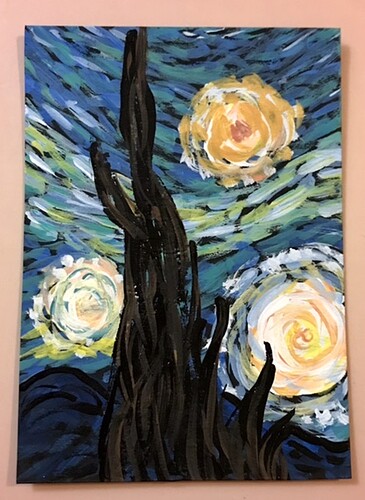 Next, some imaginary animals. A bizarre fish for @Kwality570 and a bizarre bird for @Lynx2Lancer. 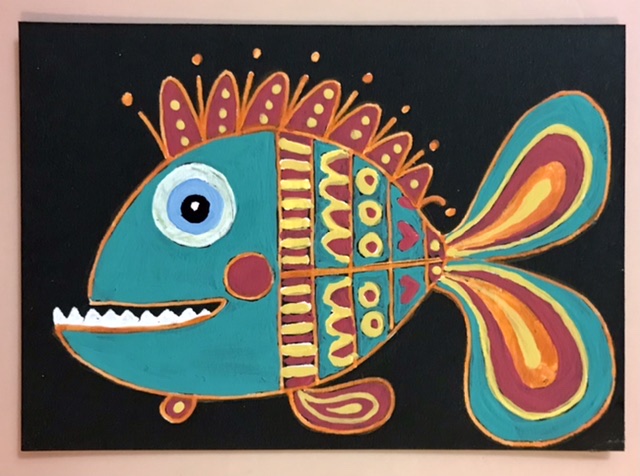 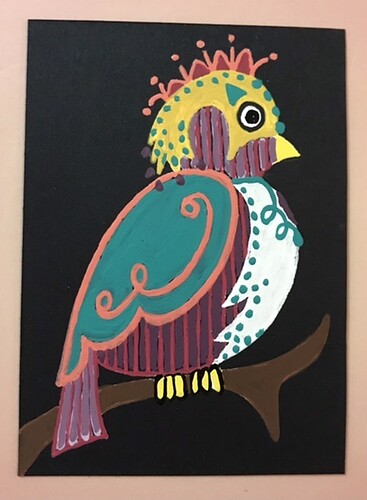 Next up, a story card for @Bunny1kenobi. It’s a colored-pencil drawing depicting a memory of a drunk stranger wandering into my house during the night and falling asleep on our couch. 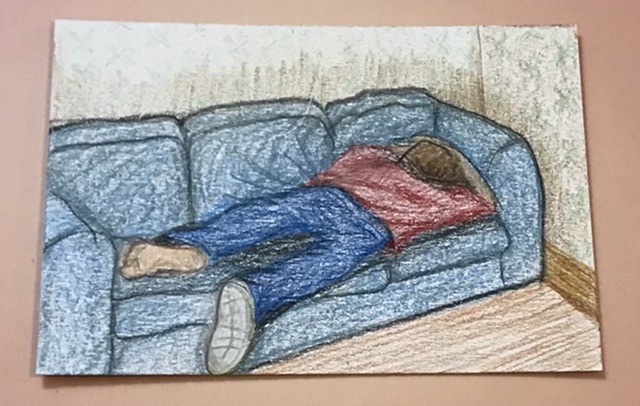 @bluebird had the theme “inspired by James Christensen”. I’d never heard of him, but really enjoyed researching about him and his work. 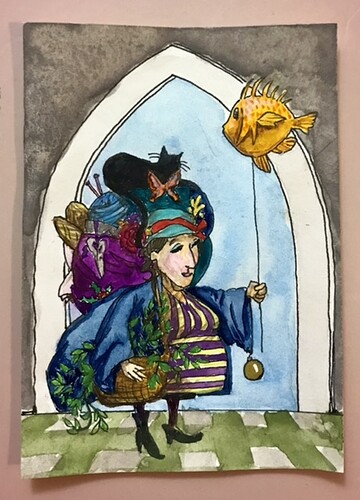 Next for @GeekyBookworm, a music-themed collage. 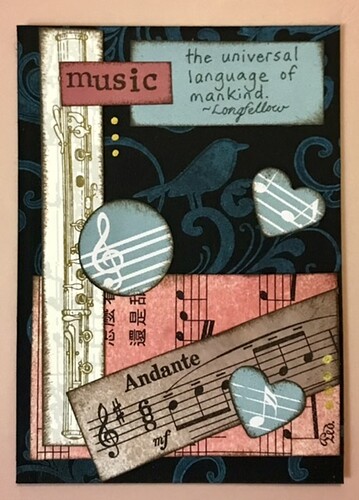 For @geekgirl for the masterboard swap: 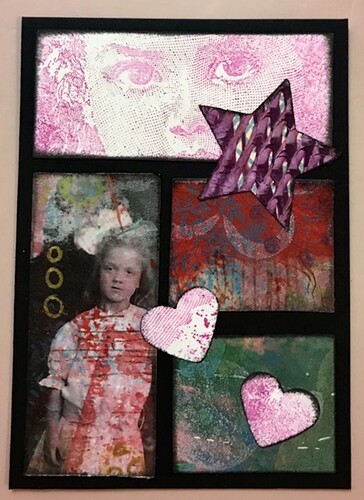 For @thanate’s stone carving theme, this card coated with gel medium and then carved and painted. 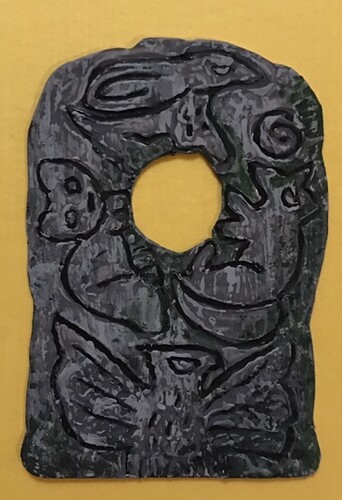 And last for now, for @bluebird’s Harry Potter theme, Luna and a thestral. 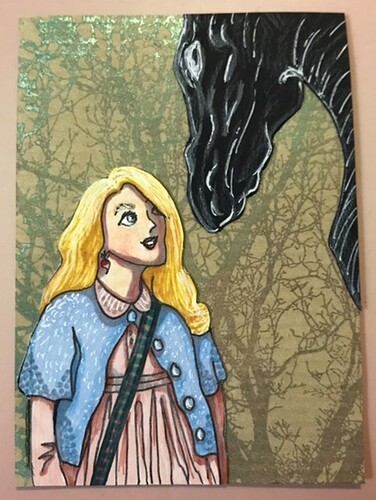 Wow! So much variety in style, composition, materials. Impressive collection, you’re great at this!

They are all so different and so amazing!

Your sheer talent is amazing! The variety of styles you have flawlessly achieved is so inspiring. I love my fish card sooo much!

These are all so incredible and so different!! Awesome! I love my altered photographs!

I love them all! My favorite is the ambigram!

Love your work! I’m in awe of the stone carving. So clever and inventive.

I love all of these! The variety is jaw dropping!

What awesome ATCs! I love the one you sent me- such a fun story to go with it!

Wow! These are all awesome!

I love the homage to James Christensen - I had 6 or 7 of his puzzles as a kid. One was glued and framed on my bedroom wall - it was The Man Who Minds the Moon.

These are incredible. I love all the styles. You are seriously talented!
My faves are the flamingo, You deserve joy, starry night, the fish and bird on black paper (they do pop!), and I am in awe of the James Christensen inspired one! That fish balloon is something of magic, and Luna is fantastic (love the texture on her jacket. It highlights your attention to details).
All of your partners are very lucky!

Wow! What a great way to experiment with various techniques and what lucky partners you had! I really like the background on the flamingo!