My kid is going to bday party next weekend; the invite called for the guests to dress as fantasy creatures like gnomes and elves.

So Ari put together a costume he called his urban spider sprite outfit. I inquired whether he might like wings. The answer was yes of course.

I have made wings once about 7 years ago. Oddly enough for the same bday kids party. Anyhow, those wings were huge. He was knocking down little kids at the party.

We decided to go smaller this year. I also decided that instead of stockings I would try cellophane. It took me 3 tries before I figured it out. 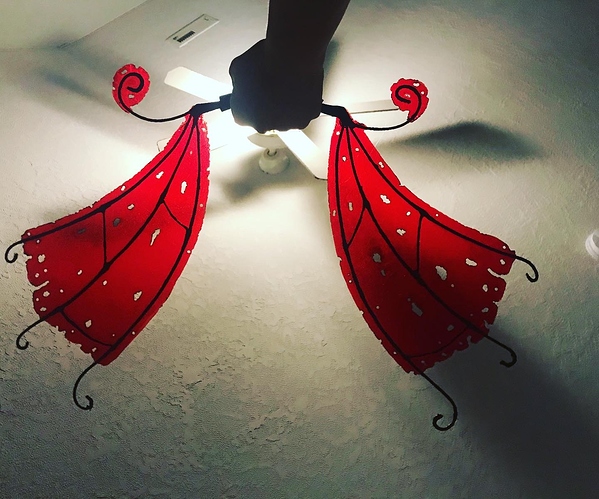 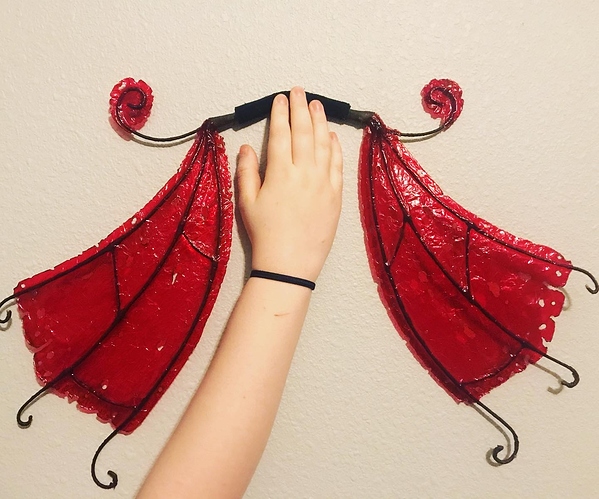 The child is happy with them and now I have something like over 100 sheets of cellophane because it was the cheapest way to buy the color I needed. More wings perhaps…who knows.

That turned out so good!! I love the mothy holes to complete the weathered effect

I love they are patchy. I hope he likes it that way, too.

Very cool! Are they delicate? They look like layers stuck together so maybe there is some strengthening compound used. I’d love to see the entire costume together, it sound really nifty.

I love the mothy holes to complete the weathered effect

I hope he likes it that way, too.

He definitely likes them that way!

There are two layers. And yes, they are more delicate than the wings made with stockings. These are fairly small though which helps and they are surprisingly more durable than you’d think. Plus now that I know what I’m doing, easy to add new cellophane if they get messed up.

How cool! They look amazing!

These wings are beautiful. I’m glad you didn’t give up on the cellophane and figured out how to make it work.
I would also love to see the entire outfit.

These are so gorgeous!

These are super cool!