I bought this yarn in the middle of the deepest lockdown in march. I have no idea why I bought so much yarn because I don’t like to knit and I don’t do a lot of crochet. But it was nice to have a project to keep my hands busy when inspiration was absent. I tried three different patterns and frogged then all. This was a simple pattern that a girlfriend showed me. It’s worked on the sides. Simple double crochet, three into the gap between the three on the previous row. The only difference is two chains to turn the point.

It’s quite a monotonous stitch, which was good as I didn’t have to think too much. I just kept making it bigger until I had about 50g left, and I added a bobble edging.

This will be a birthday present for my lovely sister who’s going through a tough time right now. I am glad it’s big and snuggly, so it feels like a hug. 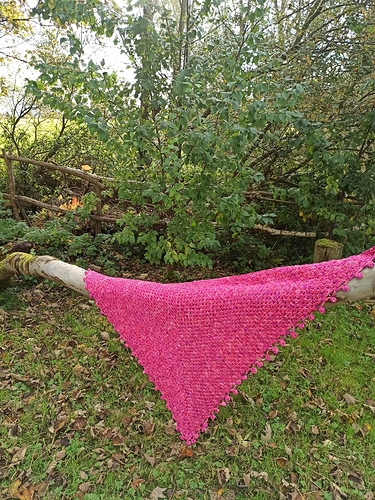 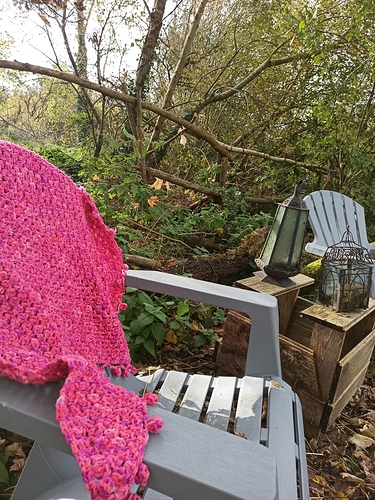 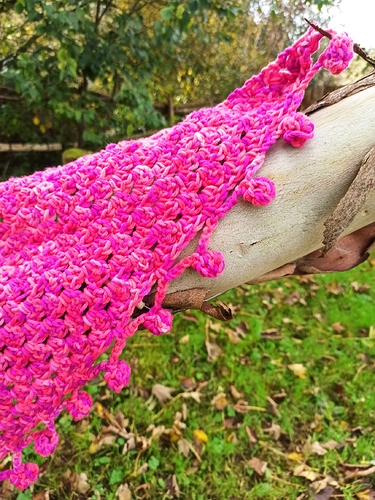 Looks so soft and snuggly! I love the texture of it too!

Sometimes we all need the type of pattern that we can kind of just do on autopilot to keep our hands busy.

Love the color and the texture.

It’s a beautiful gift. It really does look like a hug feels.

Beautiful job my friend. Granny is always a happy, comforting, mindless stitch to do when you want to craft but also veg. All my best to your sister.