I’d spotted this spoon print flannel a few months ago, but hesitated because I know the flannel goes on sale pretty frequently and I was hoping they’d come out with a non-yellow colorway. The former came to pass, but the latter did not. OH WELL! 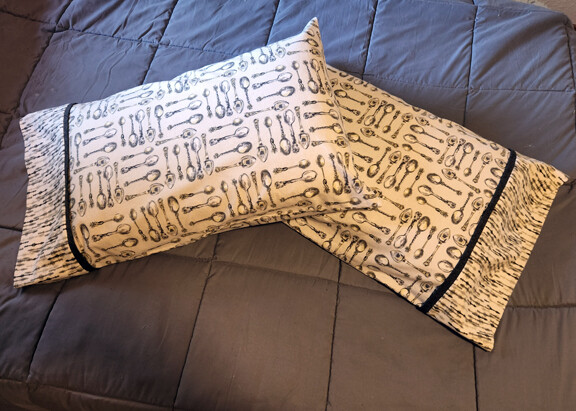 Through a combination of winging it when getting the fabric cut and the shrinkage during prewash, I ended up a wee bit short on the spoon material. D’oh! At first I thought I would pick up another length when next in town, but then I decided to just add in using the left over from the cuff material to the benefit of my stash. 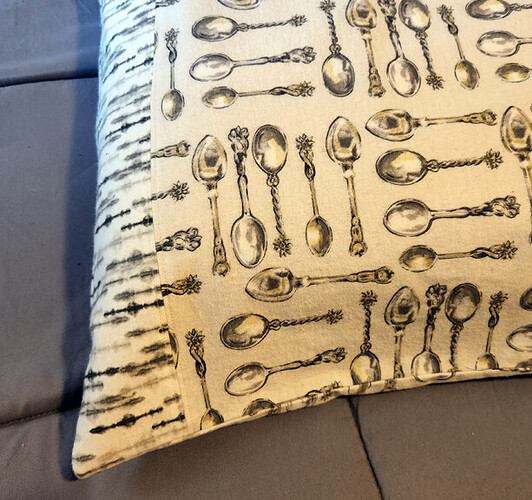 I think it’s close enough to the edge to keep from interfering with comfortable sleep. The decorative band came from bias binding left from another project. Usually this band is not cut on the bias, so hopefully this won’t get wonky. It was also narrower than the directions call for, but I think I might like even better. 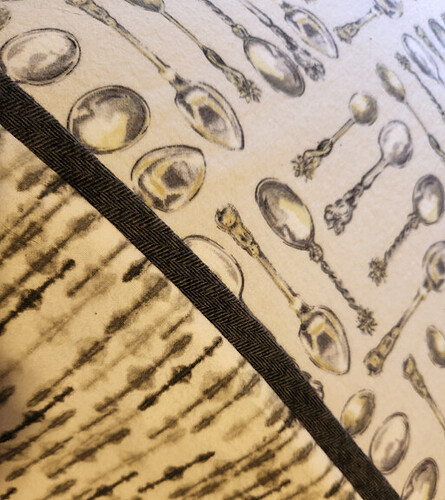 This is the 5th or 6th time I’ve used these directions for the jellyroll/burrito with french seams method, but the first time I’ve been able to do it as written, because this is the first time that I’ve used a print for the body that wasn’t directional. YEY essentially no scraps! And fixing my mistake at the cutting counter means only a smidgen of scrap for the cuff material!

I’ll bust these out after the Halloween Season is complete and the cool weather is here to stay.

Terrific fabric pairing, looks like a perfect match. Way to fancy up the mundane!

You make the most fun pillow cases! Mine are all boring. But being a crafter…., I should be following your lead!

But being a crafter…., I should be following your lead!

Awwww, you! They’re fun and quick to sew up!

that is fantastic fabric.

I like the color. they look vintage-y. And spoon-ing is perfect for a bed! Nicely done.