I made this camping themed ornament for @marionberries for the ongoing ornament swap. 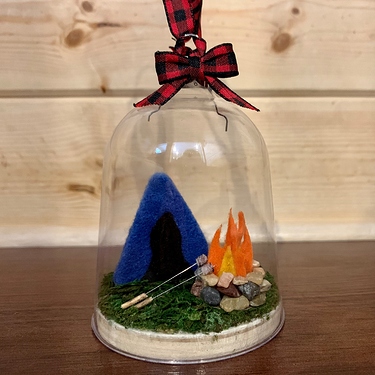 The dome originally started out as a dollar store wine ‘glass’ (made out of plastic). 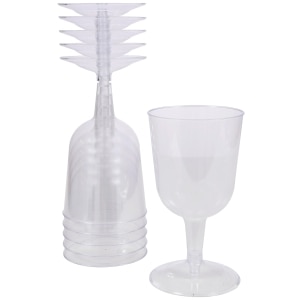 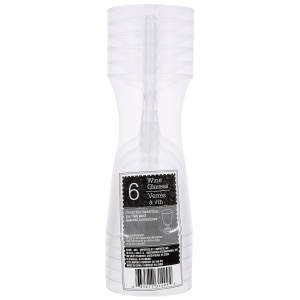 I’ve seen some pins on turning these into ornaments, but none of them had a good solution for the long stem of the glass which would end up at the top of the ornament. After giving it some thought, I decided to use a hot exacto knife. I held the tip in a stovetop flame until it was red hot (I also have an exacto knife tip for my wood burner that would’ve gotten the job done, but that would have required me to find it and I was excited to get to work right at that moment), then I steadied my knife on a cup at the right height for where I wanted to cut and I sliced right through that plastic, like butter (very satisfying!). Once the cut was complete and cooled, I took an ornament topper off a different ornament, added it to the dome, and voila, the dome top was Christmas tree ready!

The base is from Hobby Lobby’s ‘Woodpile fun!’ line. It is 2.5” around and fit so perfectly that I didn’t even glue it in!

I love that once you have the dome and the base, there are hundreds of different directions you can take this ornament. I think this would make a really fun kid’s craft!

A few of the camping elements that I was really pleased with were the toasted marshmallow sticks and the fire pit.

The marshmallow roasting sticks are made from a tumbleweed and sewing pins that I snipped. The marshmallows themselves are made from poster board. I built the fire pit by gluing together itty bitty rocks from the dollar tree (I think it’s vase filler). The fire itself is made from 6 pieces of felt (2 orange and 4 yellow). 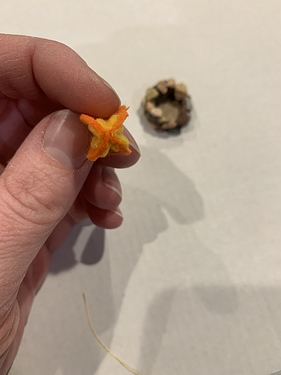 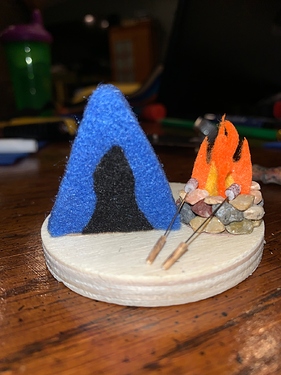 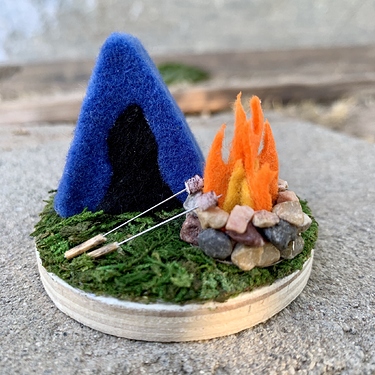 Unfortunately, when marionberies received the ornament, the spray glue that I had used to glue down all the inside pieces had given up and everything was tumbling about inside the dome. But like a happy camper she took it in stride and was able to re-glue the campsite into place (thank goodness I hadn’t glued that base on, otherwise that would’ve been a much tougher chore!).

Well, aren’t you the clever one! Now, I want to hit the Dollar Tree for some plastic wine glasses! And, I love that you just casually mentioned that you made the toasting sticks using tumbleweeds

Wow, I’ve been marveling at the itty bitty elements (it’s mine after all) and wondering how you did all the bits. It’s fun to learn all the innovative ways we create miniatures.

On a side note, we were at a fire pit with friends and wanted to toast marshmallows and all we could find were the small ones. So here we are with long toasting sticks and 3 or 4 tiny marshmallows toasting over the fire. I have to say, they toast fast, melt all the way through, but are oddly unsatisfying. Though it is hard to overeat when you are only toasting 4 at a time and you keep losing the end one.

I would love to see your creations! There are tumbleweeds all around where I live. This was the first time one has ever proven to be helpful and more than a nuisance

Very cool!
The stem broke off one of the toasting glasses from our wedding, and I used it as a dome over a tiny tree. I finished the stem stub with a bead cap. I would have preferred the glass didn’t break, and I could have used plastic!

That is so cute! Thanks for posting your tutorial

You are so creative!

Now I really want to visit the dollar store

! This is such a fun ornament and so well done!

Oooh!! I’ve kept trying to figure out what to to with the stem! Great idea!

I love this idea!

Very creative and awesome outcome! …Sigh! I can smell the odor of pine sap melting in the flames, now!

Congratulations, your diorama ornament is a featured project for this week!

This is so cool! Thanks for explaining how you did everything. Congrats!!!