This was a project taken from an early 20th Century crafting book, Needlework Economies. The idea was that every scrap of fabric, fiber, and yarn could be repurposed into something useful. In this case, a quilt that was something akin to an eiderdown quilt, but much less costly, obviously.

I started collecting scraps and snippets for this project well over a year ago, working on it here and there. Larger scraps were cut into squares, smaller scraps pieced together in strips or crumbs and then cut to size, and all the leftovers were minced into stuffing.

I assembled the squares into pillows, stuffed with various bits of fabric, fiber, and thread. The pillows, I joined into 9-squares, first by hand, then by machine as that got horribly tedious. I recently decided to take what I had (12 of the 9-squares) and make it into a lap quilt. I’ll likely add to it as I generate more scraps, but there were a few other scrap-quilt ideas that I’d like to try before that happens. It’s a small lap quilt at 27"x36". 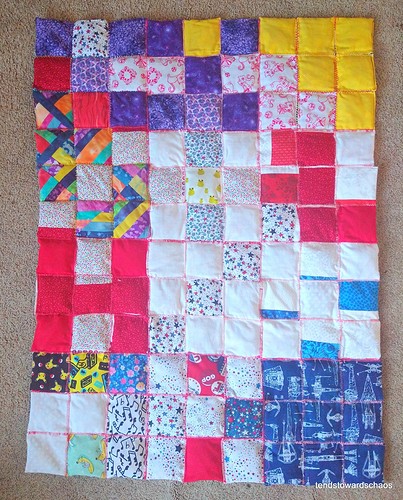 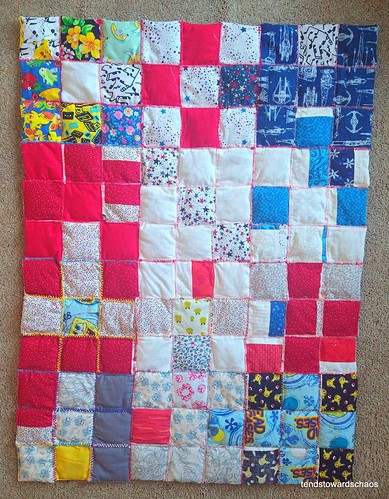 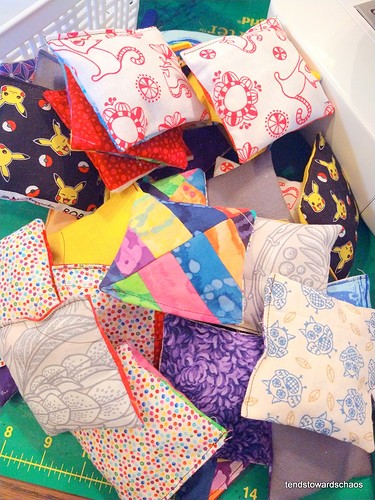 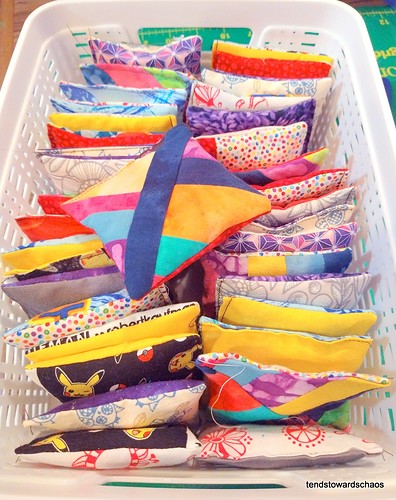 How scrappy and cozy!

It is FANTASTIC and I’m beyond thrilled seeing someone make this. I bookmarked this post with the intention to do it, I have scraps gallore and can never throw out even the teeniest bitty bits. It’s the perfect project for someone like that!

Use Those Fabric Scraps Craftalong 2020

Perusing this one, I found a wonderful (IMO) idea for using scraps, just about half way down the document [73] called The Economy Quilt
Needlework Economies (1920’s?)

Thank you for digging up that link, @Magpie! I couldn’t remember if it had been posted here or over on Deadster. It feels like more than 2 years ago, but then the last 2 years have felt like an eternity.

Fascinating! How is the weight compared to a regular quilt? My first thought on looking at the pattern was that it would be similar to a weighted blanket, but I guess that would depend on your fabric scraps…

It’s heavy. Not as heavy as a weighted blanket, but much heavier than a typical low-loft quilt.

I love this to pieces! To scraps? It’s adorably scrappy looking and the ideas behind it are really amazing.

I can imagine curling up under that and being so snug and warm. It looks extra cozy. I’d have to fight my cats for it!

Every little bit of scrap. I love how charmingly erratic it is. Perfection!

I pretty much just paired up squares at random, based on what I had cut. If I had a few dozen pillows made, then I tried to make the 9-squares look as nice and orderly as possible. But, yeah, very random.

YEEHAW! Your fantastic craft is one of this week’s Featured Projects!

I really love this idea!! I think I saw this idea on a BBC show once, the show where they pretended to live on a farm in the past? Not sure which decade/season but I do remember the scene quite clearly. I may have to try it some time. I

I’ve been reading a book written by one of the guys on that show! The way crafting (or cræft) has shaped civilization is amazing.

What an amazing idea! And it’s perfect that you can keep adding to it, too.

Love this - so beautiful and the thought behind using all the little bits that would normally get left behind is a big yay!

Thats a great use of scraps and such fun colors