I’ve been wanting some nice reusable linen napkins for our home, and knew I wanted to embroider a set. My Mom gifted by a set of napkins, so I finally got the chance to do so. The embroidery floss was left to me by my grandmother - I believe she bought an entire store’s stock when they went out of business because I have thousands of skeins and I’ve been trying to find ways to use all of it. 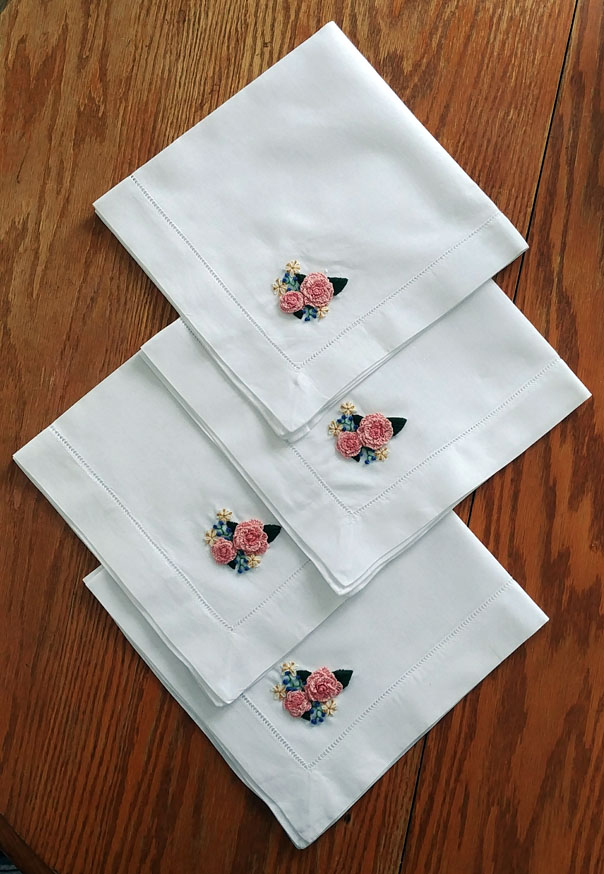 I’ve only done four so far; I have 16 total but I want to do alternate designs on the rest. I made the pattern myself. :3 I’ve been thinking about doing a crafting Twitch stream that people can follow along with, so I’m kind of developing pattern sets and photos with directions that can go with the stream - but that’s a long way out yet. 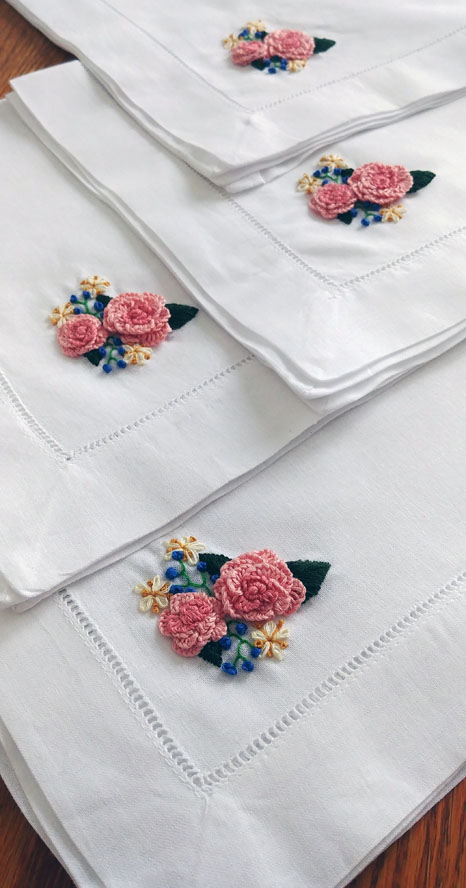 I used the following stitches: 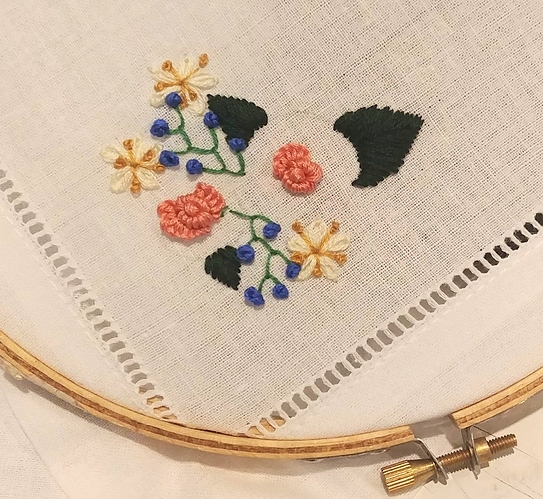 This is a progress picture from the first one. They aren’t identical; I had a simple outline for what I was doing but freehanded the details. I have a more finalized ‘pattern’ now, but I wasn’t too worried about it for this first set since they are just for us.

The design has pink peonies (for me) and Saskatoon berries & flowers for my husband (he loves them).

I saw the progress and loved it but the finished project is even prettier. I’d be too nervous to use them though.

Wowowowowowwww These are so pretty!!!

Really pretty…and creative of you to do a design for you and your husband…they are also lovely napkins!

What a stunning job on your embroidery! And a wonderful way to use up your grandmother’s stash of embroidery thread. Lovely project.

These are absolutely beautiful!

So pretty. I love the dimension to your stitches. These are winners.

Beautiful! Love the stitches you chose and your colors. Please do the twitch streaming - i tried stitching along with youtube once but it didnt feel nearly interactive enough.

Hey Friends! There’s just a few more hours left to vote in this challenge. You can vote in the Fiber & Textile Spring Greening Challenge.

And while you’re at it, why not stop by and vote in the Decorative & Functional Spring Cleaning with a Twist Challenge which closes tomorrow, and the Art Miniaturize My Craft Challenge, which closes Tuesday.**

I love the 3d flowers. Very unique for a napkin!