I attempted a gluten free stollen over the weekend and it was pretty successful! Especially considering I have never done a yeasted dough before.
I used this recipe from The Daring Gourmet blog . The only thing I substituted was King Arthur GF measure for measure flour.

The proof (prove?) stages were tricky for me, because I have never done it before. I think it needed to proof longer the first time. Also think next time I need to turn down the temp a few degrees and bake longer, so the inside is cooked but the bottom doesn’t get so dark. But my mom (who hates stollen) ssaid it was the best she’s ever had, and my aunt (who loves stollen) said it was good asked asked for the recipe. My husband and I are very much enjoying it, and it will probably be gone by the weekend. LOL 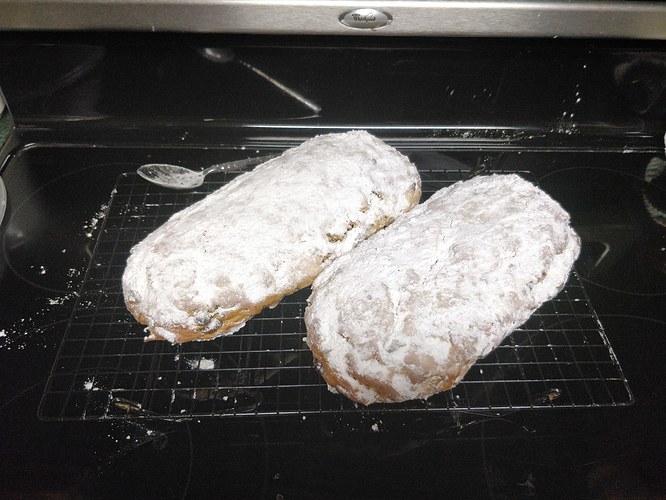 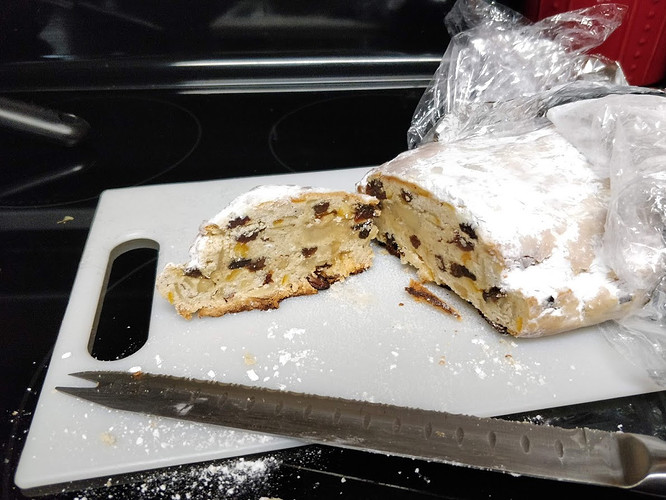 I LOVE this! My daughter was just diagnosed with Celiac disease this week. My husband is from Germany and I was mourning the loss of some of our holiday baking traditions. We will be sure to try this one!!!

@Fonduie Oh that’s tough, I feel for you. It was very emotional discovering my non-celiac gluten intolerance, and that I couldn’t have most of my favorite foods anymore. The gluten free versions of a lot of pre-made/packaged things are so much better than they were even 10 years ago, but it still takes time for your taste buds to “forget” what the real thing tastes like. I find that the King Arthur GF flour works better than other brands for cup to cup substitution. You also want to pick up the America’s test Kitchen gluten free cookbooks.
Book 1 amazon link