I recently discovered a biscornu pattern on Pinterest, and I couldn’t resist making one. Apparently biscornu means “odd” in French. They certainly are odd shaped. They’re typically used as a pincushion or ornament/decoration.

Here it is finished from the top: 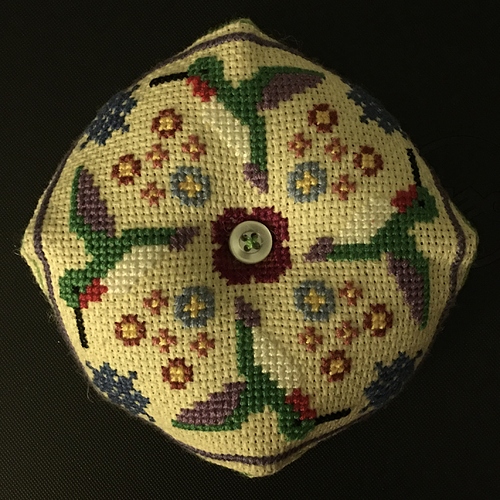 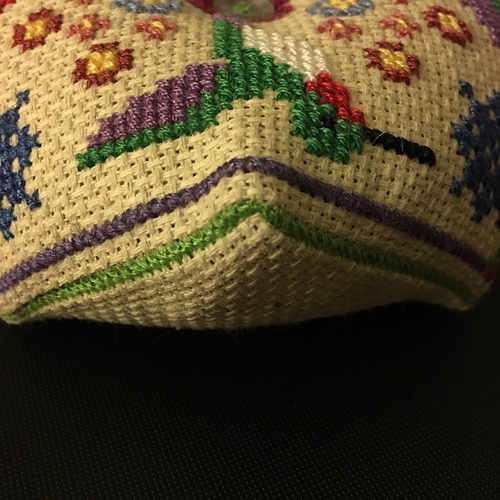 And here’s a progress photo so you can see what the top looked like before I began sewing the pieces together. 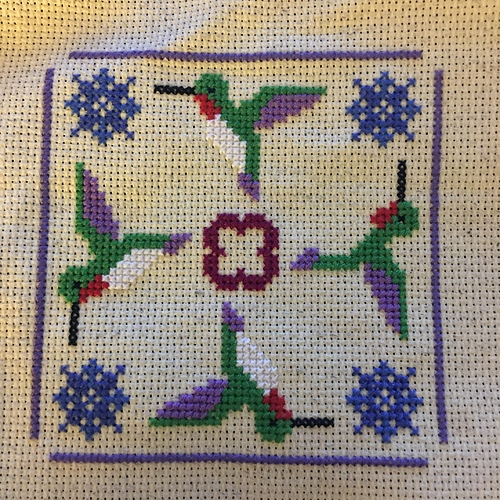 I did a personal swap with @Lynx2Lancer, and she loves hummingbirds. She originally requested I make her a stuffed hummingbird, which I did. But I had to add the biscornu as an extra.

Here’s the hummingbird I made her: 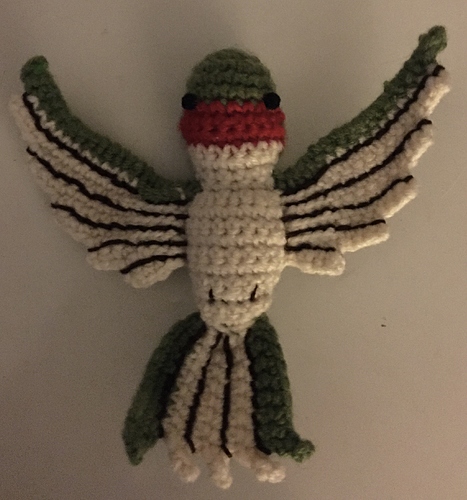 The only thing missing is the beak. It’s supposed to be made with a toothpick colored black. I was concerned that the toothpick would either break or snag on the other items included in the swap package, and she agreed to add one herself when it arrived.

These are both adorable! I know they had to have been a hit! I’m a fan of biscornu and hope to make one this year myself.

These are both so sweet!!

This is so cute! I’ve never seen one of these before. I had to google a biscornu to make sure it wasn’t some kind of hat, hahaha.

it does sort of sound like it should be, doesn’t it?!

Wow! Great job! I bet @Lynx2Lancer adores them both.

I do! I added the beak last night! Thank you so much!

I bet @Lynx2Lancer adores them both.

Lol, totally thought of you right away. Glad these were for you! They are so beautifully made.

We need a separate board titled, “Hummingbirds @Lynx2Lancer Has Collected From Her Crafty Friends”.

Both the stuffed and the biscornu are so well made and beautiful!

Okay 1-that biscornu is beautiful and 2-that crochet hummingbird is the cutest!

Gorgeous! I love making biscornus, but 3 one right after the other? You have mad amounts of patience!