Recently jumped into the world of ATC trading. It has been so much fun so far!
First one ever, was made for @gozer’s “Animals Reading” theme. The rabbit has his paw on a book, so I’m counting it as reading! It was done with watercolor pencils, watercolors, and ink. 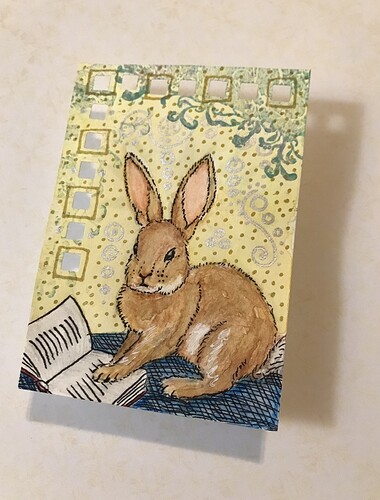 image973×1280 310 KB
I thought it was too boring at first, so I kept working into the background until it was well over-worked! Ha!

Here’s a doodle-y one for @photojenn that was inspired by something I saw on Pinterest. 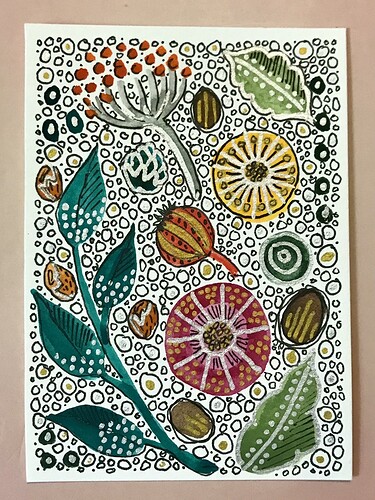 image960×1280 565 KB
it is done with watercolor and ink. Again, I thought the initial product was too boring, so I added all the tiny background circles.

Next, for @Lynx2Lancer, this door for her “Snarky Affirmations” theme. 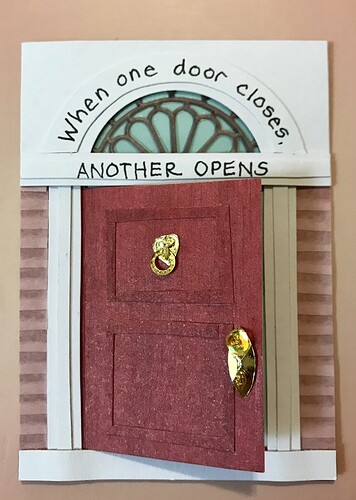 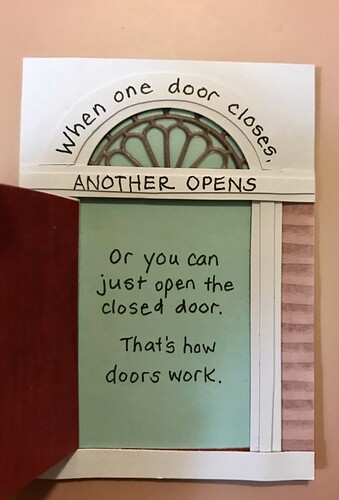 image868×1280 180 KB
The window is a dimensional sticker I happened to have in stash. The siding is washi tape, and the door knocker and hardware are sequins.

The next one was for @curiousfae. She had a theme of 1970’s Sat a.m. TV as well as Tarot. I mashed those up, re-imagining HR Pufnstuf and his Rescue Racer as “The Chariot”. 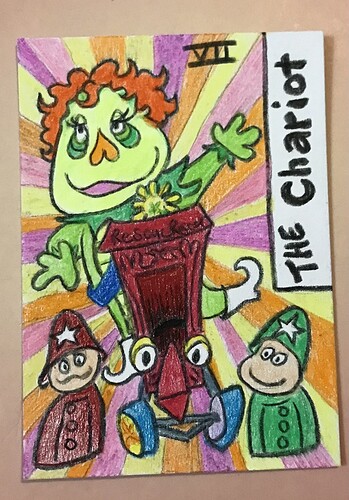 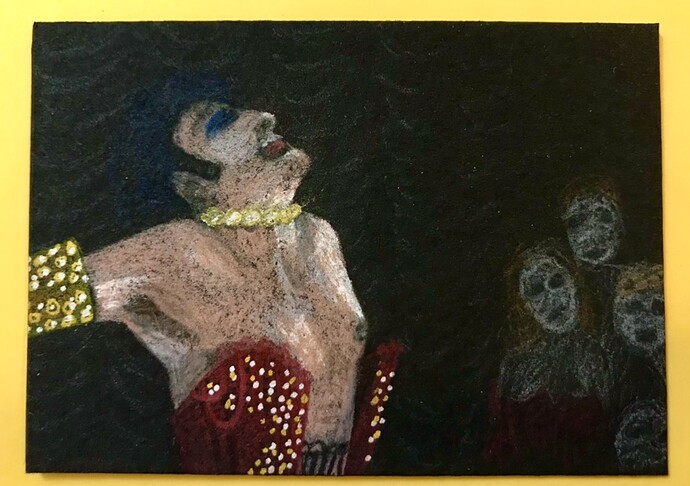 image1280×902 290 KB
This is from the end of the movie, when Tim Curry’s character, Dr Frank-N-Furter, is singing “Going Home” while the other characters watch from the wings of the stage. It’s colored pencil on black cardboard.

And today, @pioneer9 received this one for their “Pushing Daisies” theme. 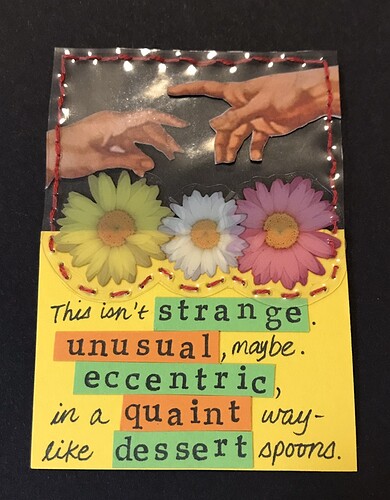 image1000×1280 339 KB
Done in vinyl, plastic stickers, thread, and ink. The hands are from Michelangelo’s Creation of Adam, which seemed appropriate, since Ned the Pie Maker can bring dead people back to life (and also re-kill them) with just a touch of his finger. The clear plastic separates the two hands, since Ned cannot dare touch his re-vivified true love, for fear of killing her permanently. This one was super-fun to make; it popped into my head as soon as I saw the theme.

ATCs have been a blast so far!

Those are…wow! Just wow. I love how many different techniques and media you used to create them all.

I absolutetly love your ATCs! I love how each one is a unique piece of art and how much time and care that you can tell you put into them.
I love my card and I need to collect more of yours ATCs!

OMG! The bunny! RHPS! Best ever!

Wow, what an amazing collection!
You are so talented!
I love all of them.

Thanks, everyone! I love making them, as well as receiving so many wonderful ATCs.

OMGosh. I clearly need to jump on the ATC bandwagon. These are absolutely stunning!

What a diverse and special first collection! WOW!

Outstanding work! I’m so glad you joined the swap. So happy to have a piece of your work in my collection!

These are all so phenomenal! You obviously take a lot of time and care to make these little artworks. I can’t say I’m not excited that you claimed me for an ATC that you’re probably working on now.