Inspired by @MistressJennie ‘s food post, I found this recipe online and had a crack at it…

I used a bit extra stock than it suggested as my frozen jars of homemade broth contain about 2 cups, so in it all went. I probably used a bit extra cream cheese and cream too. Lucky I did because far out!!! It was spicy! Like insanely

) I’m not used to eating chili, or spicy things for that matter. So when I accidentally got a taste of the oil that the green Serrano peppers came in, I fished as many as I could back out of the dish before I stirred them in!

it was pretty funny.

I actually threw in about 2 cups of riced cauliflower as well for some extra veg, and it gave it a nice bulk - tbh I’m not even sure what the consistency is supposed to be, so I treated it like a soup, and it was good

oh, I used a cooked rotisserie chicken instead of cooking it, and just threw the herbs and spices in with the onion and garlic when browning them at the start.

Anyway, it was quite tasty, but next time I’ll try it without the tin of green chilis just to see if it’s as tasty, without the burny. 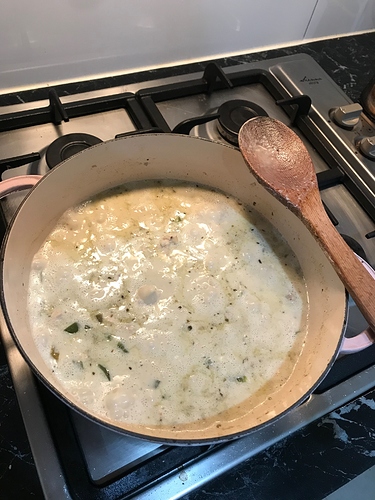 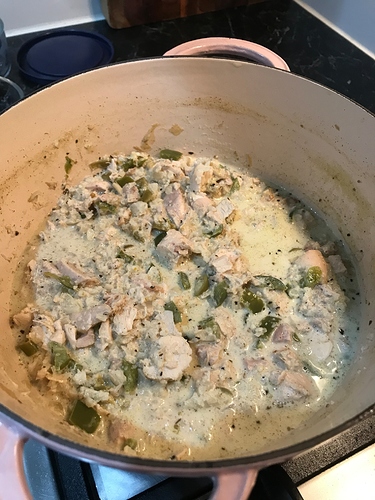 Haha…laughing at you fishing the peppers back out.

Riced cauliflower probably made a great addition! I would never think to add that to chili, but now I’m thinking I should!

So when I accidentally got a taste of the oil that the green Serrano peppers came in, I fished as many as I could back out of the dish before I stirred them in!

it was pretty funny.

I wonder though if you got something different than the recipe intended. Here canned green chilies are pretty mild and. Normally made with Anaheim peppers. Serrano peppers are super hot!

Here’s a common brand we can find

All chopped up and ready to go, we've created ready-to-cook-with Green Chiles.

Heck yeah! Way to go for trying new things PrincessP! Honestly, even though I grew up in the States where chili is common, it was not something we ate in my house, so I didn’t learn to like it (or anything even mild spicy) until I met my husband, in my mid 20’s.

That looks really good. I also do not like the burny things. I made a curry recently that called for four scoops of curry paste. I put in two and it was still too spicy. My kids wouldn’t eat it. I had spicy curry for lunch that whole week so it wouldn’t go to waste. lol

That sounds good! I love Serrano peppers. They’re my favorite.

I used to be a huge wimp. I couldn’t even eat black table pepper. Then I moved to Phoenix, AZ… and about died the first time I ate a spicy McChicken from McDonald’s (no where in the Phoenix metro area can you find the original McChicken). But it got me hooked. Then my hubby discovered our now favorite salsa (which we can find at ONE grocery store here in South Carolina, woooo!) made with Serrano peppers. And mmmmmmmmmmm.

I think I’m going to have to look up a white chili recipe now. Thanks for the inspiration

I definitely need this in my belly.