I made this otter plushie for @grenouille78 in the Creature Comfort Stuffie Swap. I’d made VERY few plushies before, and none ever from a pattern, so I was pretty nervous and intimidated, but I’d been wanting to try plushie-making for a very long time, so this was the perfect chance! 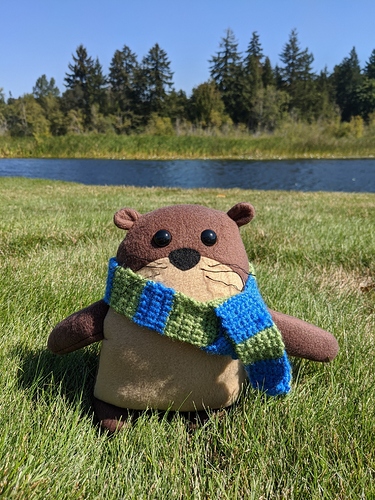 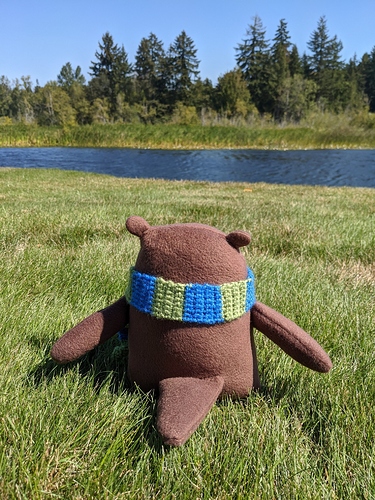 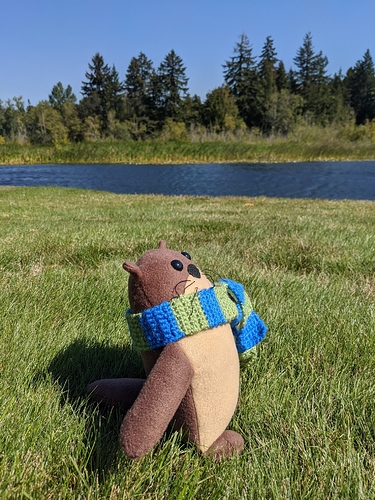 I used this pattern from Fluffmonger: 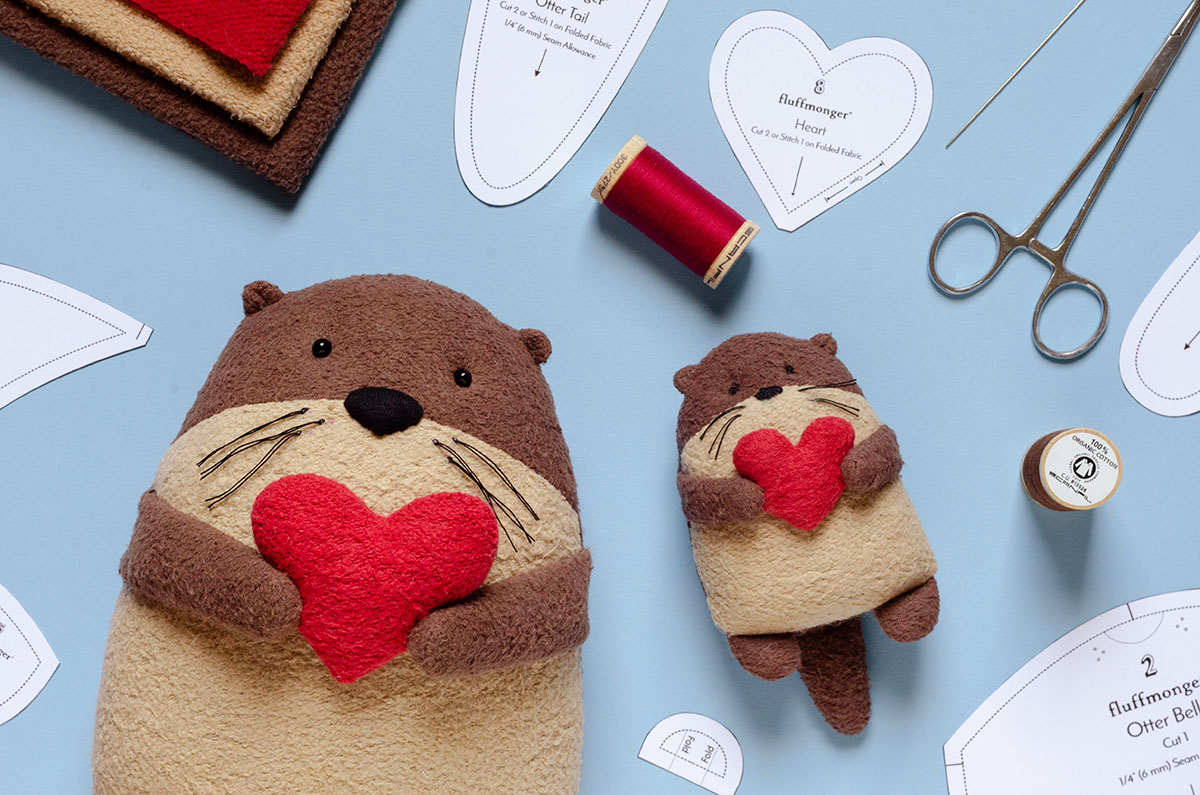 It’s Sew a Softie month, and I’m excited to join over two dozen bloggers posting free, easy-to-sew softie tutorials this month! The Sew a Softie event was created by Trixi Symonds of Coloured Buttons in 2016 as an initiative to encourage those...

The step-by-step directions were really easy to follow, and honestly the only part of the whole process that was actually difficult for me was sewing on the tail.

I didn’t include the heart because I wanted his arms to be able to move around freely, but he definitely needed some color or something, so I crocheted a little scarf for him. And after doing those stripes, WOW now I know why my yarny friends complain about weaving in ends!!

Here are a few progress photos: 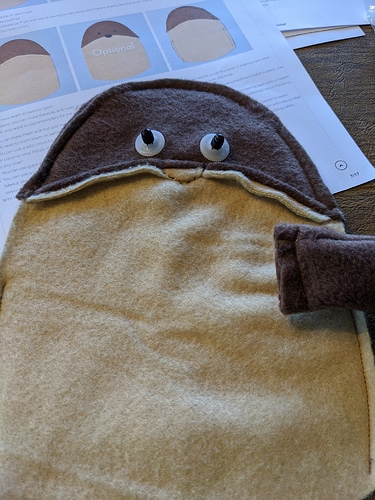 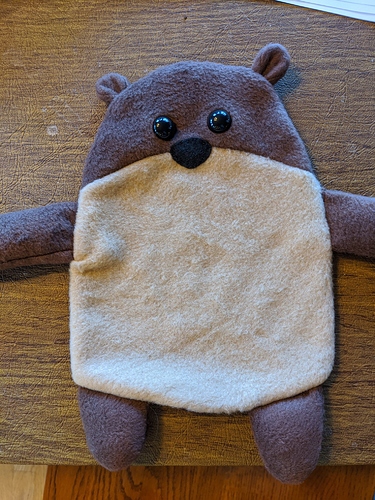 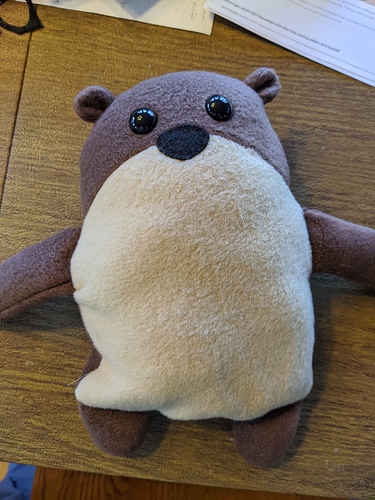 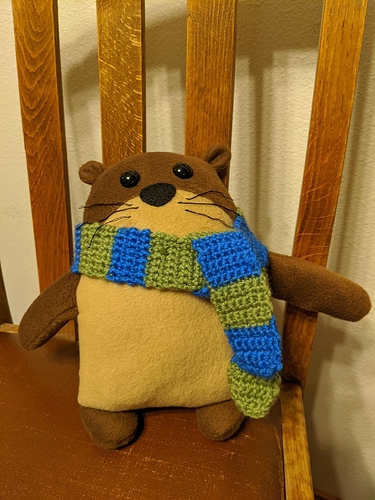 Now that I’ve discovered how totally doable this is, I want to make more plushies! XD …But I also want to make ALL THE CRAFTS of every type, so it’s always tough to pick a new project.

It’s kind of weird to see him all flat like that.

I think you did a great job on him and bravo for trying something new-to-you! Thank you for the dedication to stripes on his scarf – I know that end-weaving pain! lol

I miss our blue skies.

Thats so adorable! Ibespecially love him with the scarf.

Eeee! He’s so cute! His little scarf is the perfect finishing touch.

Love him! The scarf was the perfect accompaniment

I just want to snurfle that otter belly!

He is adorable! I love Fluffmonger patterns… I made the bear once, and I think I’m going to have to try this otter when I can get my hands on some appropriate colored fleece.

You did a wonderful job on him and yes, weaving in ends is no fun at all!

He is adorable! I’ve come across that pattern on Pinterest and always thought he’d be cute. I like the scarf instead of the heart. It definitely makes him more stylish.

He is super cute!

Super cute. The scarf is the perfect touch.

:gasp: I haven’t done this yet! I should!

Aw, so cute! You did great, make more! Otters are such the cutest animals. My parents had a river otter visit their pond and it seriously looked like it just played in the water the whole time. I’m sure it was chasing fish, but it looked like it was living its best life.

Congrats! Your Otter Plushie is one of this week’s featured projects. You rock!