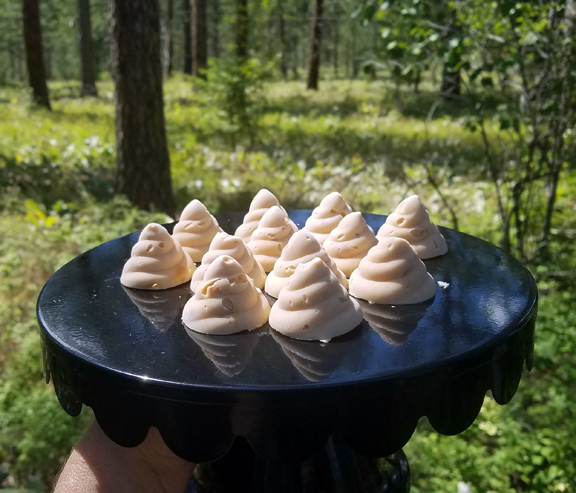 Using all human-grade ingredients* I made these silly poopie-shaped frozen dog snacks! 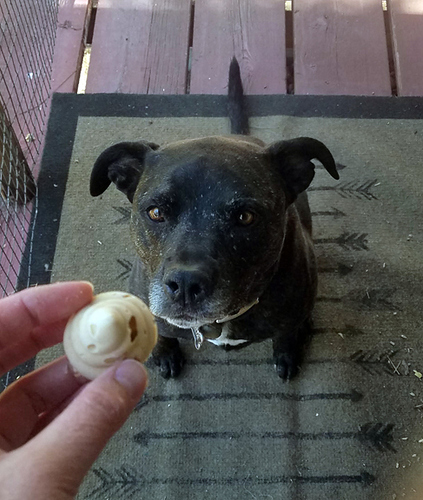 I picked up a NIB poop-shaped candy mould at a fully masked outing to a thrift store (my first since January!) and put it to use with ingredients I had already and was planning to make frozen treats for Delia with anyway. WOO! 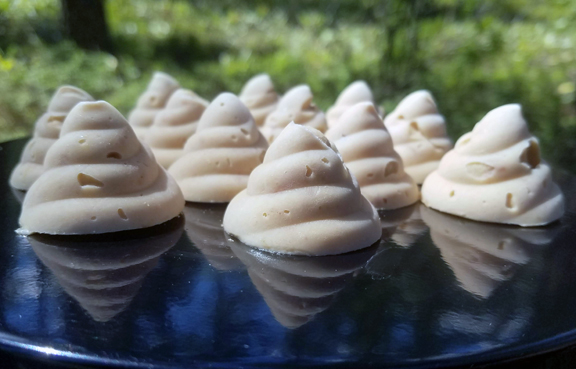 *Plain yogurt, pureed pumpkin, peanut butter. No particular measurements or proportions, but listed in decreasing volume. Mixed together in a bowl, then spooned into the candy mould and frozen.

There’s the thing… they’re actually kind of tasty! Lightly peanut buttery with a bit of the sour of the yogurt to cut the intensity of the PB. Delia might be “sharing” these with her people.

Next time I’ll bounce the mould to get the air bubbles out, because my girl can’t be having holey 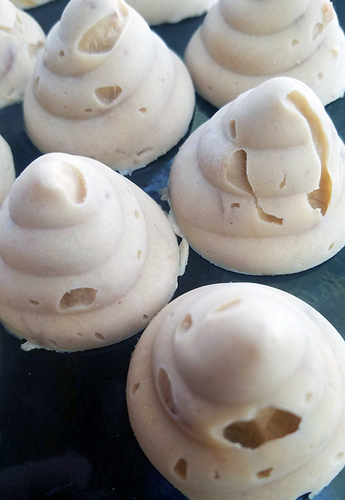 After making the last batch TheMisterT suggested trying adding frozen corn… because we’ve immature senses of humor. The corn kernels didn’t show up very well, but we know they’re there. This batch also has mashed banana added, too. 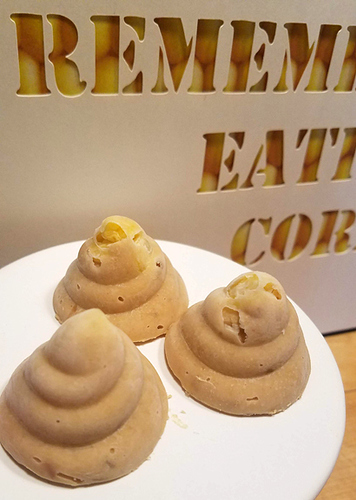 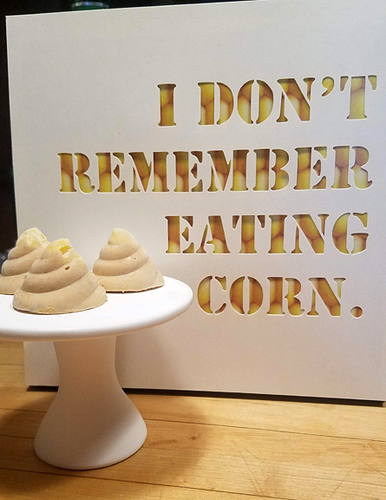 Ah, the perfect treat for hot summer days…and it looks like Delia approves!

This is great. I don’t understand the current fad for poop themed stuff for people, but I think it’s really funny for dog treats!

Right? I think the popularity/hilarity of the poop emoji gained some extra life points with the Great TP Shortage of 2020, maybe?

How fun are these??

These are awesome! My doggos would love something like this, I’ll have to bookmark this thread for the recipe.

I went to the thrift store yesterday… yay!

HA! Those are great! I should make some for the unholy three. Poop shape going in, poop shape coming out!

Freakin’ love this! Good for Delia, good for you, funny for me. It’s a win-win-win.

Congrats! Your Poopcicle Pupcicles are one of this week’s featured projects. Way to rock it!

You dropped a good one.

These sound good enough for human and fur baby consumption!

Oh that’s great, I saw a silicone baking mold like that at joann’s a few months ago. lol.