Oh my goodness, she napped again today! I was able to get the rows assembled, and a border on. I think it’s 28 inches square. Not sure if I want to do a very narrow deep purple border, then another row of charcoal which would make it about 35 inches, or if I’m going to call it done. It’s a wall quilt so I’m afraid of making it too big to hang well…. 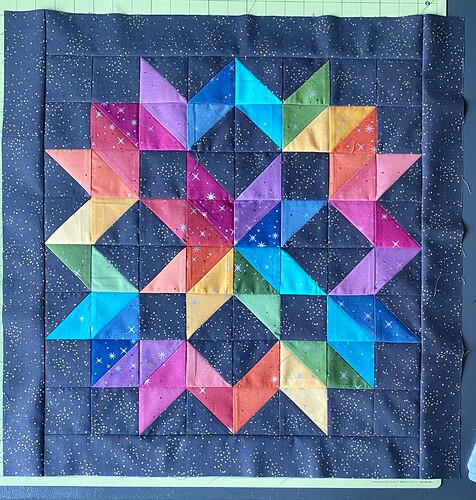 I love this so much!

I have to give kudos to Jim for helping you grow your Halloween stash! Love all of them!

This is amazing! So much to look at with that fabric.

Like @AIMR, I also thought Jim made the trip to get fabric and I reread and realised it was you! Haha!

WOW! I have no words

It looks really lovely. Maybe bind it in the purple? Or use piping for the thin line? Either way, really gorgeous.

Jim had to run to his office, to pick up some of his drawing supplies, that he had left there by accident on Friday. (He’s recently started drawing, starting with maps for D&D, and now has branched out more.) His office is right near Joann’s, and it’s hard to go there alone with the baby. Plus I haven’t been out of the house beyond the gym, or the grocery store in ages. So while he wouldn’t normally love goign to the fabric store, he came in and browsed the art supplies, while I hit fabrics. Then he wheeled Ada around, making faces and talking to her while I had the fabric cut. He was surprised when I whipped out my phone and found a 50% off coupon for his $25 pack of markers. Then we grabbed some takeout, and went to his office to eat in the AC. Jim works at a cool software company, so eating in his office isn’t as depressing as it sounds! They’ve been voted one of Nashville’s Best Places to Work like 13 times now. All in all, a nice Saturday morning.

Has anyone here ever made a double wedding ring quilt? And if so, do you know if any cheats / ways to make it easier or are they just complicated, period? I’ve seen a couple of youtube videos that say this is the easy way to make one, but they still look pretty difficult! 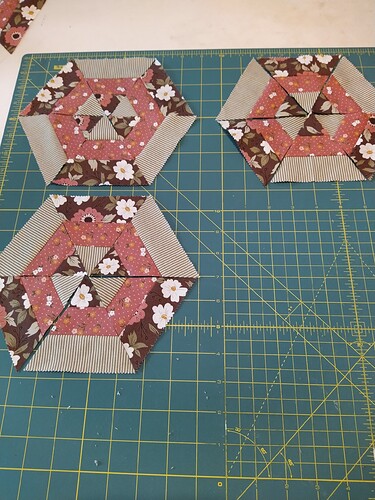 I am not going to be able to finish this for June! But this is a project that I started last month and started with a honey bun. I sewed the strips together and now I’ve started cutting them with a 60 degree ruler. The colours are much less drab in real life, the light isn’t helping me out tonight. I’ve only cut one strip so far so I’ve just laid the blocks out in the order of cutting, it’s clear I need to work on that a bit more!

The fabric I’m using is Moda Folktale and I sewed the strips together randomly. 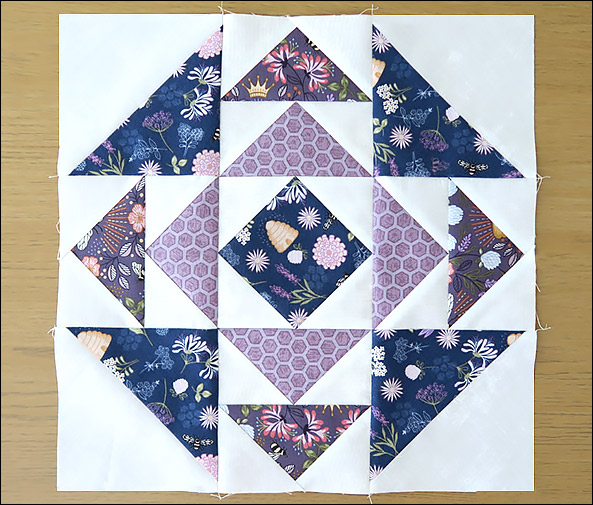 Love it, but more flying geese! And for July it looks a bit like a fireworks explosion!

What a fun block! I’ll add it to the BOM list for July when I get a chance (hopefully later today). I can’t wait to see all the different interpretations!

And has anyone tried this?.. 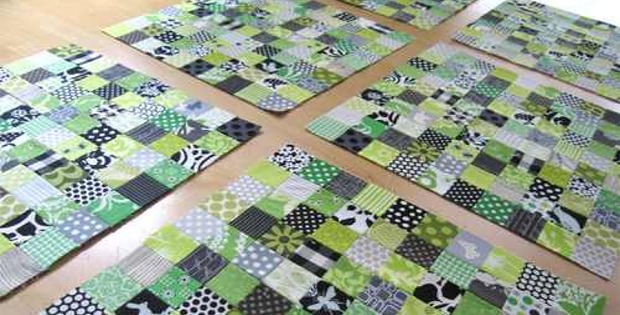 Try This and Get Perfect Quilt Seams in Less Time! We all know how tedious it can be to sew a lot of little fabric squares together into a quilt block. And, it’s annoyingly easy for the seams to not line up properly. This method used by Paula Doyle...

If we’re still looking for more BOM’s, this one is cool. (And it’s not a star. LOL. I always seem to want to pick stars.) 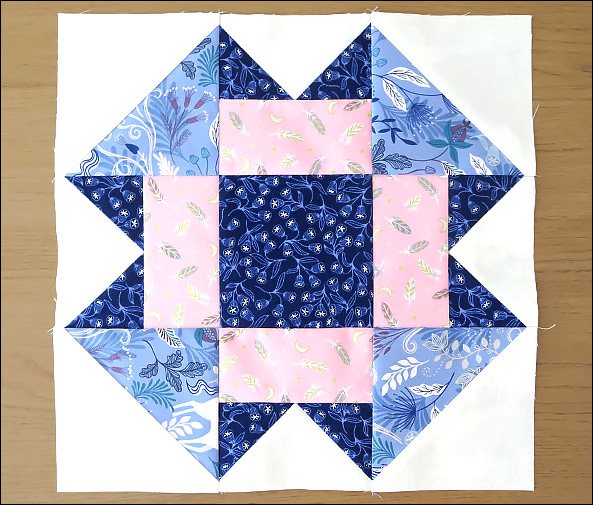