I’m on a kick of getting a bunch of things out of boxes and tubes and onto the wall. One of those things is this super cool map of Sasquatch Encounters in the PNW of the US and Canada made by a Canadian cartography company that TheMisterT gave me a few years ago. 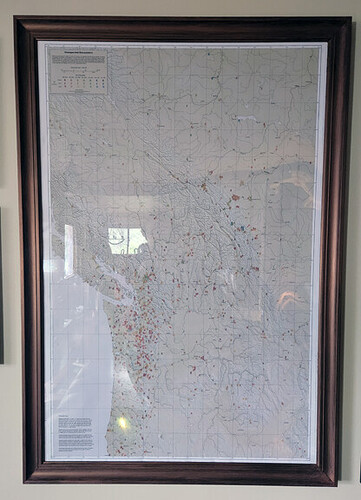 It’s BIG at 26" x 39.5" so I had assumed I would have to have it custom framed which would be costly. But then I looked more closely at the poster frames at Michael’s and saw that they have a few in 27 x 40… close enough! I chose this profile, which is called Stockholm. 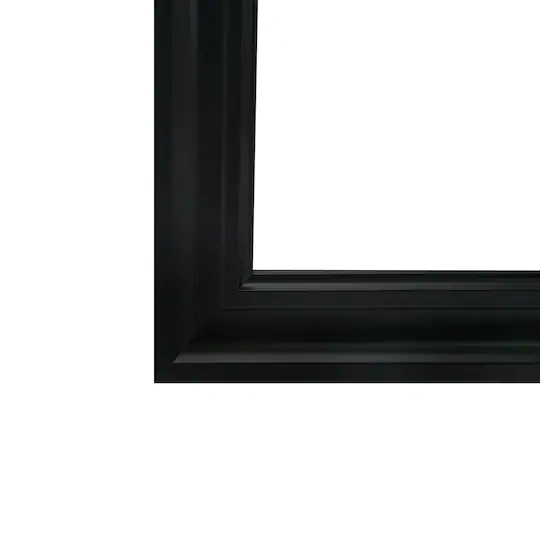 I didn’t want another black frame, but that was really my only choice. So I decided to refinish it and after laying out the map on it with TheMisterT, we decided on a copper finish. 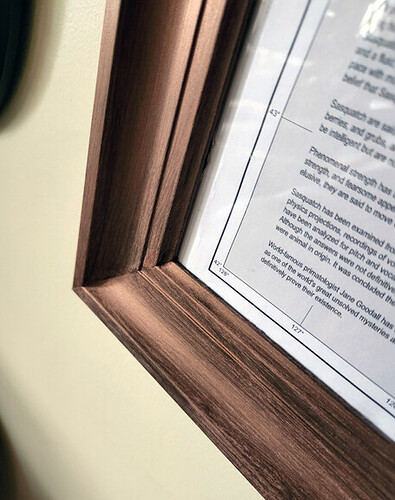 I used materials on hand. After masking off the plastic which is attached to the frame, I painted it with two coats of Modern Masters Statuary Bronze acrylic paint. Then I used a watered down Lusterstone Copper in a stria application. 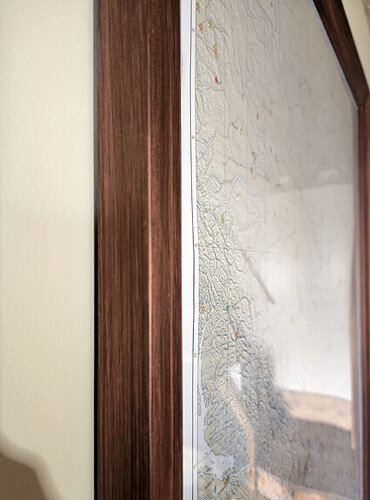 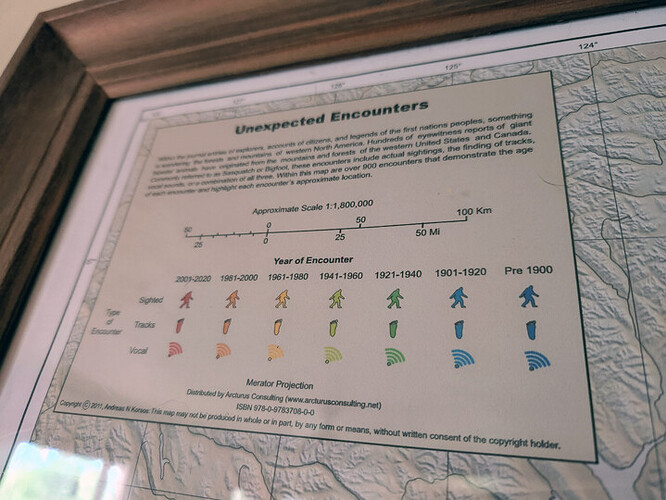 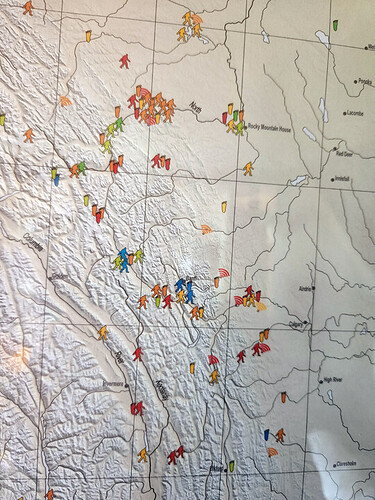 I love how you take so many generic things and make them unique. Your home deco projects are so neat- you’re really sprucing up the place, it seems!

That is so frikken cool. You two are just FUN!

Your home deco projects are so neat- you’re really sprucing up the place, it seems!

You’re so sweet! I realized last year that I have lived in this house longer than any other place since the house I was raised in - 10 years this autumn. And I realized it was freaking me out a little, because I felt a bit stuck. But 8 or 9 years is plenty of time to live with a look, so I decided to start freshening it up!

You two are just FUN!

Hehe! We do both enjoy items that might be serious in nature (like a professional map) and making them quirky/whimsical/humorous (like mapping Bigfoot encounters). Only someone paying close attention might realize we’re not grownups!

That is awesome in so many ways!

I love this!
And I love the fact that you are not grown-ups!!

I expect to die of old age before I grow up.

Gorgeous frame, cool map!
We’re in Oregon right now, sasquatch stuff everywhere. My fave was a dishtowel embroidered with bigfoot and “Not all who wander are lost.”

And I love the fact that you are not grown-ups!!

At least not in home decor!

Fun map but the last photo made me chuckle … the city we left in Alberta is on that map and some of the highest concentration of sightings are where we used to camp in the Rocky Mountain foothills yet I don’t remember ever hearing anything about Sasquatches or Big Foot. 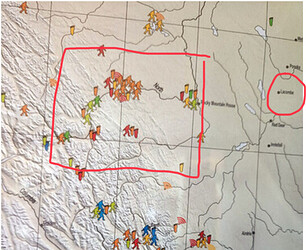 Really cool! You have such a knack for making the ordinary extraordinary!