Show us your harvest!

You are so lucky! They are gorgeous

High heat and hungry birds limited my harvest, but there were a few tiny cherry tomatoes ripe and the peppers are happy. 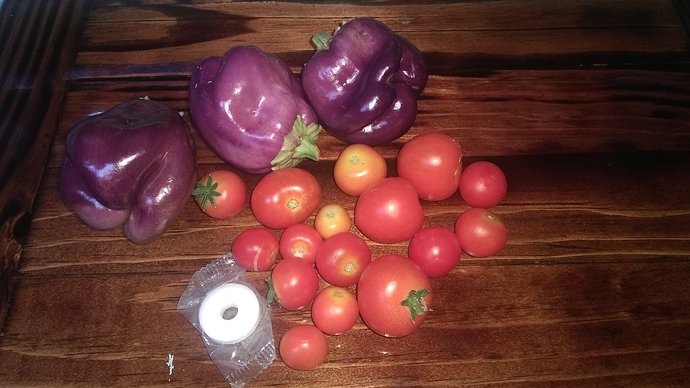 Well those are just adorable.

Those peppers are gorgeous. 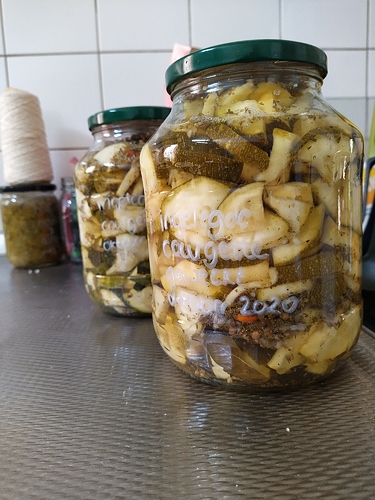 My zucchini plant is still going strong… So I canned two massive jars of pickled zucchini. The jars are 3 pints each, it’s 2 kg of zucchini in total. Any zucchini after this will probably be dehydrated in the oven.

Harvest day! (Well, harvest five minutes, to be accurate.) There is a chance of first frost tomorrow so I pulled a few things. 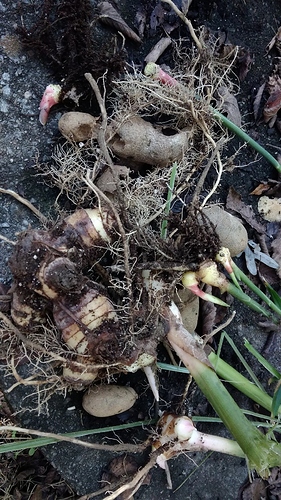 This year was just an experiment, as my first time growing things in a region and climate that gets a lot of rain. Things grow so lush and beautiful in the wild here I wanted to see what I would get if I did no fertilizer or pest management.
I had put an old russet potato in a burlap sack with soil, and got as much back as I had planted, but after letting them sit there for a few days no wildlife has touched them, so I don’t trust them… I’m just going to leave them to go back to the earth.

I stuck a dried out piece of ginger in my window box, and had a bunch of nice shoots with some wee baby nubs. Good enough for some tea.
I bought a single shoot of galangal (a ginger used in Thai food) in the ground and it tripled in about four months. There is one nice big chonk of root that I think I’ll save indoors and re-plant next year, and just use the little pieces for now.
There are a couple cucumber chubs in pots I’ll leave them on the vine for now. And I’m just going to cover my basil overnight in hopes that it has another few weeks.
There was no deer, rodent or insect interest in these plants, which makes me a little suspicious! But it is exciting to have as much as this after a complete lack of effort on my part. Next year, if I decide not to move, I’ll do the same procedure in the same places but add proper nutrients throughout the season.