Inspired by the April prompt for the Stitch Along, I stitched up an Alien Libation: Slurm! For those of you who don’t know, Slurm is a beverage of the future from the show Futurama. I put my stitch on an old can koozie just for fun! 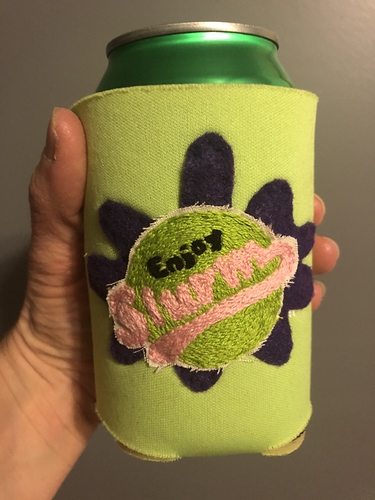 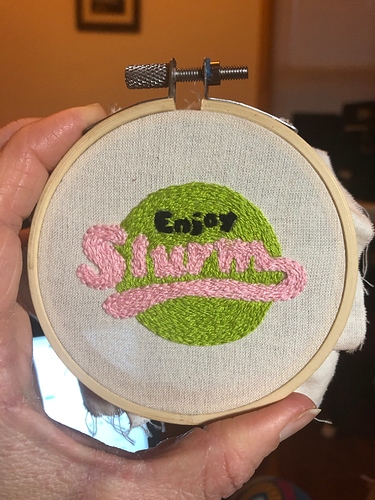 I struggled with the fill stitch on this project. I took out the pink stitching twice. Satin stitch was just not working for me. Maybe it was the size of the design, or the lightness of the thread, but every mistake was just glaring at me. Then I tried long and short, but was not happy with that either. In the end, I chose chain stitch for the green filing and decided it worked for the pink, too.

I added the purple felt as an afterthought to cover the design that was already on the koozie and to complete the Slurm logo. I think it adds a little something! 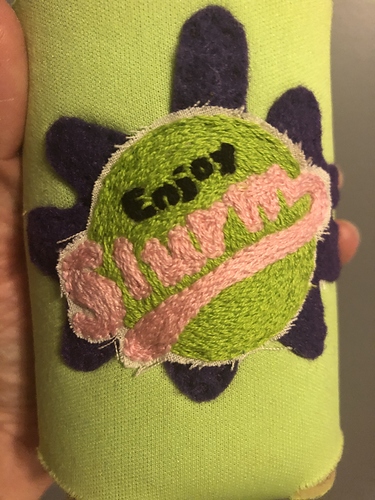 That’s a lot of stitching, and it looks great! Very readable from afar.

What an awesome idea! And so well executed!

That came out so awesome Abbee!

Beverage of the future. Haha! Hilarious. Love the colors and execution!