While poking around in my IYP Swap’s partner Pinterest I came up this very cool leather pouch… one that I am pretty sure I have also pinned, because it’s so dang cool! I decided to try to make a similar one (finally). Well, the link goes to an updated version from the same seller. 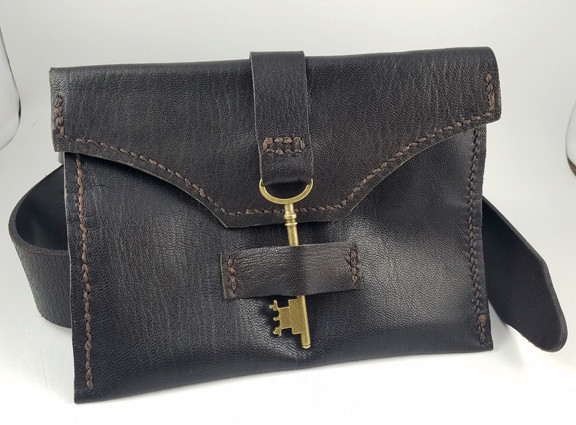 Of course, there are some differences, the first being that I made it a little bigger - the original is a labeled a coin purse, but I thought it would be nice if it were big enough to put a smart phone into. 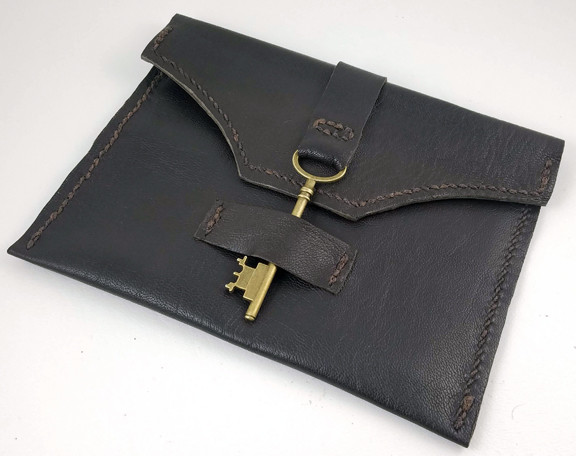 Mine is also stitched by hand using a saddle stitch, the original is machine stitched and double stitched in a few places. 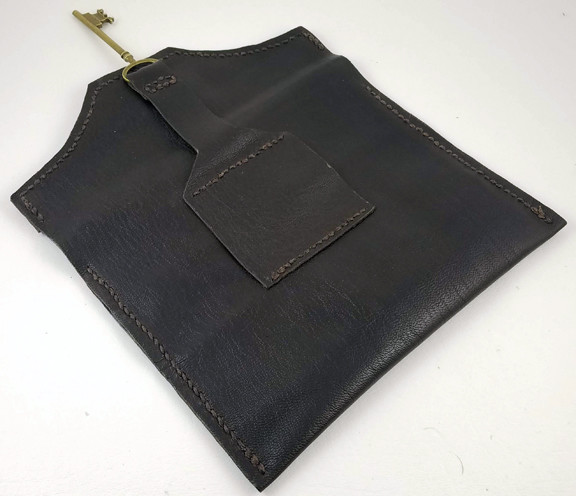 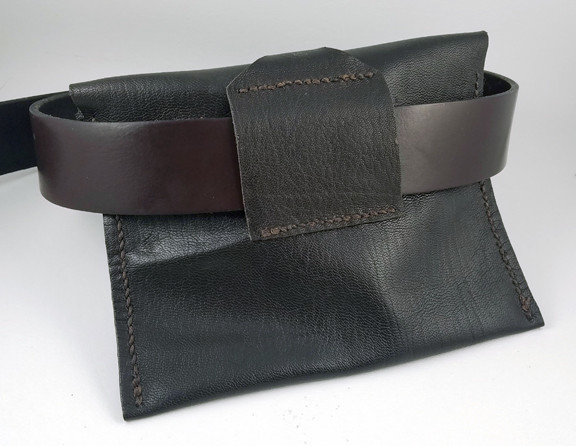 Maybe the biggest difference is that I added a sleeve for a belt so it can be worn instead of pocketed. 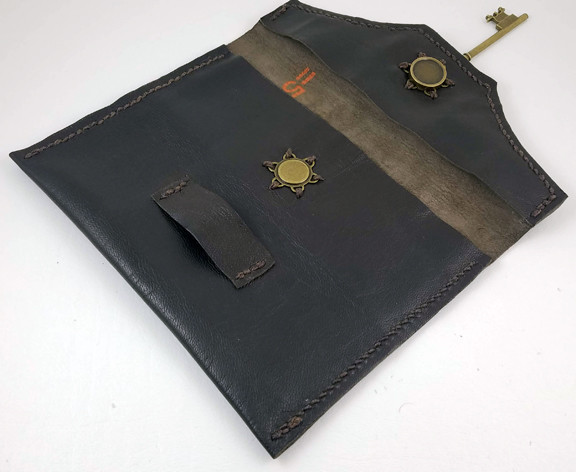 The original pinned version didn’t have a snap, but the new version did and I thought that would be a good way to not rely on the skeleton key to keep her stuff safe! I thought this sew-on style looked way more steampunk than the prong type, so went with that. 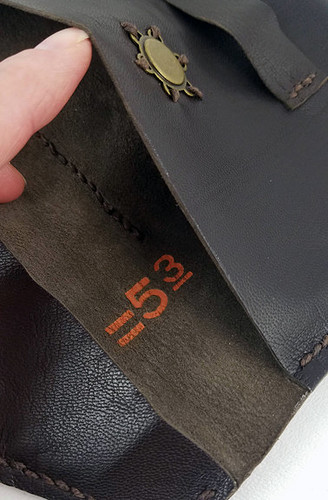 This mark was on the back of the leather piece I bought and I don’t know what it’s really all about, but I thought it looked cool so cut my self-drafted pattern so it would be part of the pouch.

I have some old skeleton keys that need a project…

Thanks! Closed it is about 5 3/8" x 7 1/4". Turns out it fits our Kobo e-reader just about perfectly, so plenty of room for a bigger smart phone plus a few things.

Your hand stitching is beautiful!

Love it! (And I think I have that pouch pinned somewhere too!) You did a beautiful job reinventing it.

I love the choice of the hand-stitched snap instead of the pronged one. This one reminds me of hte sun. It’s very cool looking. And I love that you included the number stamping on the leather. I, too, have no idea what it’s for but it adds just the right touch of flair.

I, too, have no idea what it’s for but it adds just the right touch of flair.

Thank you! I always love a little “secret” inside a thing. A fun liner in a bag or drawer, painting inside a cabinet a cool color, the underside or inside of a diorama, etc.

This is so awesome!! I love it! It’s going to be perfect for a steampunk costume- if I ever get them done!!

This is really cool and I love the key as a closure!

It looks awesome! I love the clasp open and closed. Very cool!

This is seriously cool!!!

This is amazing. You did such a great job.

This is beautiful and will definitely be a favorite accessory, I’m sure.

I love skeleton keys, and this is a fabulous way to showcase one. That snap, though! I’ve never seen one like that. It’s so cool! You make such nice things.

This is pretty awesome & I love the skeleton key!

That snap, though! I’ve never seen one like that.

Isn’t it? I hadn’t seen that kind either, but it was just at JoAnn right there with the notions! Happened to be on sale, too.

Thank you! I will have to see if my store has them the next time I’m there.