My colleagues and friends, the gym and music teachers, are men who also studied Spanish, so language comes up in jokes and conversations quite often. The gym teacher had a running joke with some Spanish speaking friends in his college days, where he would say, “Un burro sabe más que tú” which translates to “a donkey (a$$) knows more than you.”

I told him I would paint it for him. I found the perfect cartoonish donkey image, traced it, free formed the letters, and painted in acrylic. 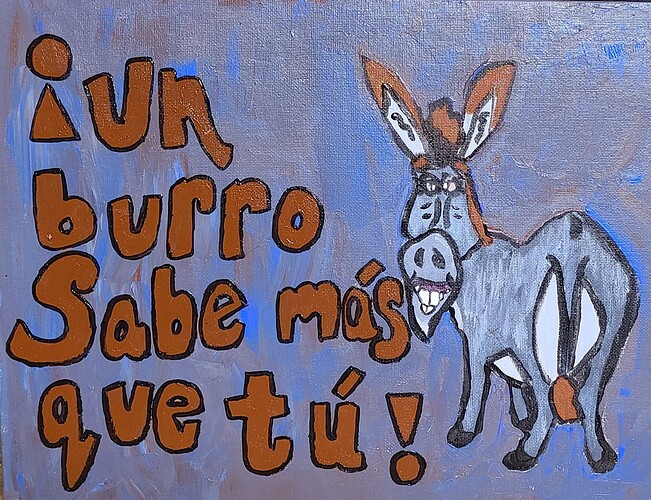 I will give it to him probably on Monday.

LOL! That’s great; I know he will love it.

What a fantastic, perfect gift!

He’s going to love it!

How fun! How I do enjoy an in-joke rendered in craft form!