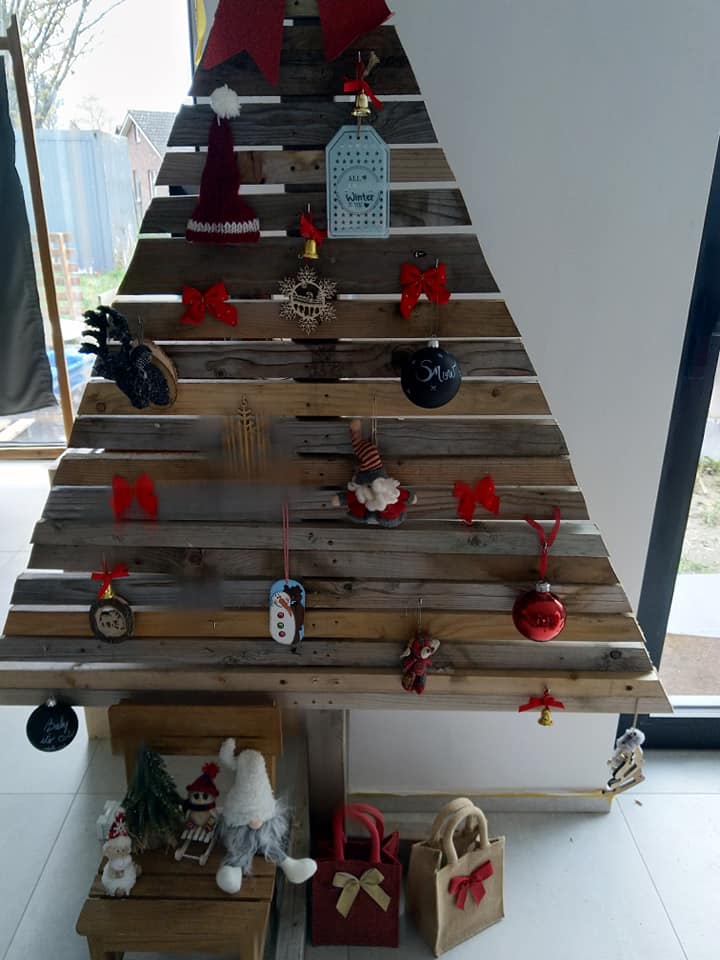 After our home was built, we had lots of waste wood in the backyard.
Just throwing it away, hurts my heart because it’s good wood.
Pinterest was full of examples of Christmas tree made from pallets.
Saturday was a beautiful day so my bf and I headed outside.
The pallets we had, weren’t the best one to do something like the pinterest gods showed me so we used our pan slats and others types of planks and did our own thing.

We layed them out from short to longer, the pretty side looking up.
We then put other ones on top to determine which angle we wanted.
I drew a line from the top of the christmas tree to the middle of the bottom one as a guide.
Then we put the beam on the ground and transferred the wood on the beam.

We used a construction pencil to get an even space in between.

And a framing square to make sure they (most of them) are straight. You can see the construction pencil doing its job

No pictures from this step, but we screwed them because my bf isn’t a fan of nails because “they are difficult and hard”. Then we took the longer beams again and drew out the exterior lines of the tree on the left and right side and cut them of with a tilting saw. Because the wood isn’t the same width it was easier to turn the whole thing to the other side and cut it from the backside, which meant we had to draw the lines again.

Then my bf made a foot and here’s the end result: 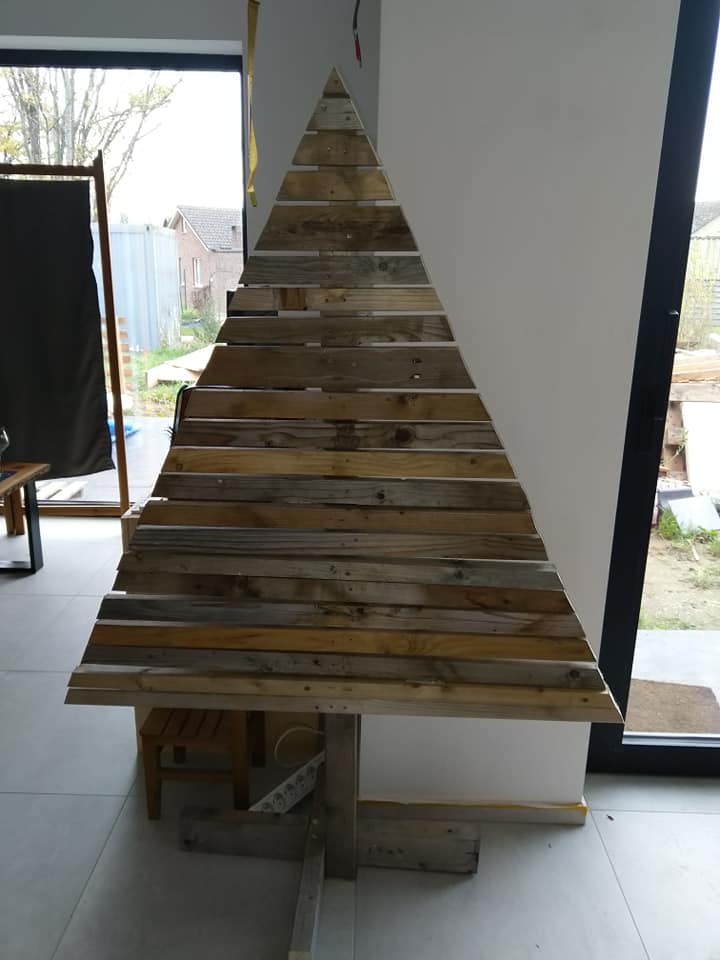 close-up of the wood. They have been laying outside since april/may so some have gotten their nice gray finish. I think it’s mostly pinewood. 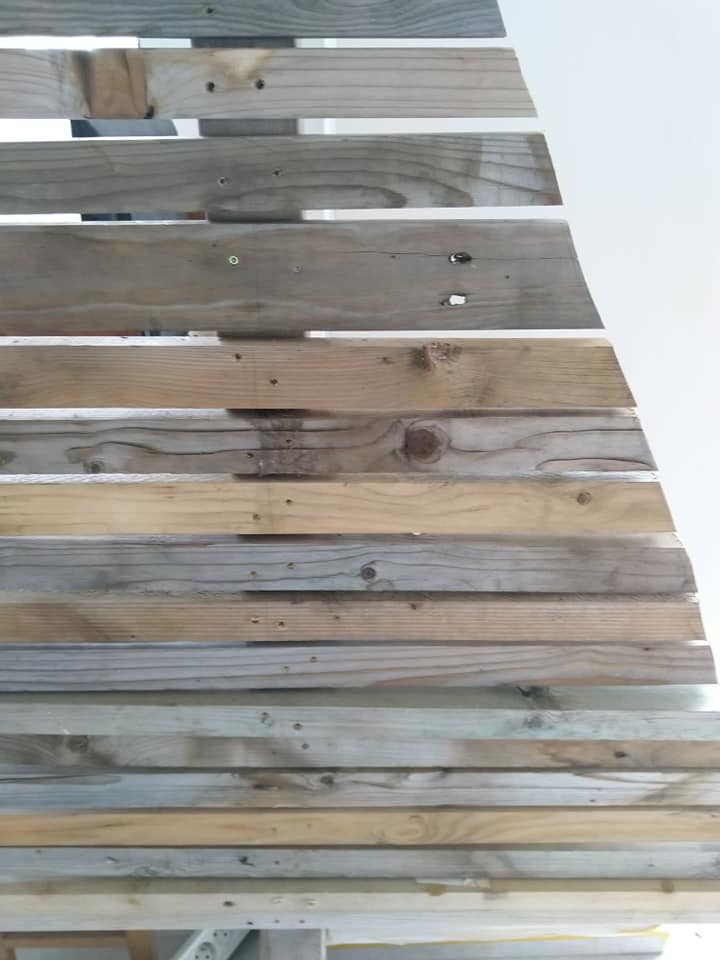 My bf put the L-hooks in because I couldn’t get them in. We had to put them in a drill and use the drill to put them in the wood.
This is the decorated version. It’s the first time after living together for 5 years that we have a Christmas tree

This came out beautifully!! I’m glad you found such a beautiful way to reuse the waste wood.

AWESOME! I love the aging of the wood and your triangle dimensions are very pleasing! Screws certainly are easier to master and also easier to undo should you need to replace a board in the future. Win-win!

This is amazing! I’d love a smaller version to hang on the wall. We have no room for a tree, but a 3 foot wooden one we can hang would be perfect! I will have to keep this is mind for the future. Thank you for sharing!

This turned out amazing! I love it!!

Great way to salvage the wood and also have a cool tree.

Ths rocks! Your creativity with the waste wood is amazing

Fantastic!!! I love everything about it!! You guys rock!

This is the coolest!! I’ve seen these all over Pinterest but yours is definitely the best!

Terrific!
I love the look of real trees, but it’s such a waste of tree and transportation and dump space.

Your tree reduces, reuses, and recycles!

That is so clever and pretty.

Love the aging of the wood and the classy ornaments you added. This is a great project!

Aww, thank you everyone!
I still have lots of waste wood to make like 5 or 6 Christmas trees

But I have plans to make planters with the rest of the wood. My bf is (not) very excited about it

@storerboughtcreation
That’s a great idea! I could try and do that too with the rest wood of this tree

But I do like a good triangle!
My bf said: “See! Told ya” haha

Ah, I replace it in the text! Thanks!

@gozer
Some of them are received through swaps or handmade items. The Christmas hat is one my mum crocheted to fit our guinea pigs but I think she forgot that they are not actual pigs because it’s just too big

this is great. I love the whole look of it.

Fantastic job on this!

Love the upcycle of scrap wood! And I’m digging the Sweedish vibes! So clean and modern!

This fabulous project has been selected as a Featured Project for the week!

I love how the different tones of wood really add to the beauty of the tree.

Your tree came out beautifully!