Last week, my kids and I followed this recipe to make Boston Cream Pie Cupcakes. 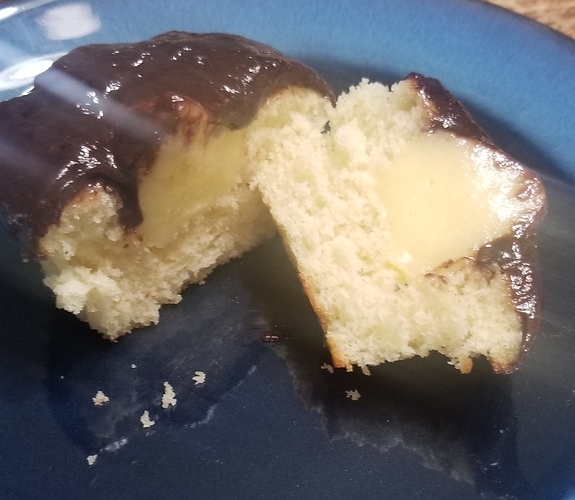 Everything was made from scratch: cake, filling, ganache topping.

This is a pretty big deal because I don’t like to cook or bake. My Pinterest, however, has a long list of cupcakes and frostings to try.

Because my internet speed was dialed back until an hour ago, I couldn’t reference Pinterest for the recipe I had originally found, and dd wrote down ingredients from. I purchased semi-sweet chocolate chips instead of a bar, so a little disparity there probably accounts for why the ganache was slightly too runny.

The recipe however was solid.

The cupcakes were yummy.

Here’s a small sampling of my not super pretty, but take one and try because they’re delicious, and this momma shares! 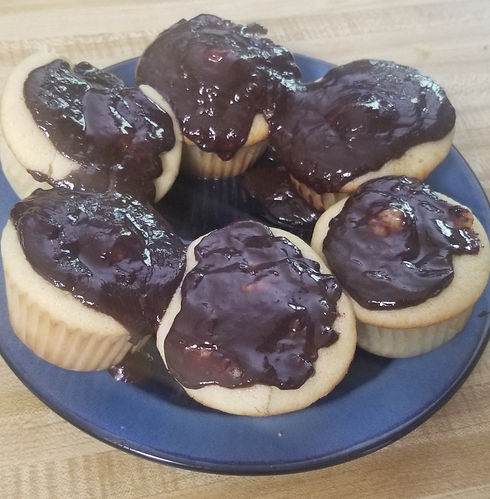 I love Boston Creme Pies…bet these taste really close if not perfect…yummy!

Quite an accomplishment for someone who doesn’t like to bake. They look delicious!

Thanks! Today we made Root Beer Float cupcakes. I’ll share a post about that when they are frosted.

Yum! Remind me to visit when you are having internet problems, if it means you will bake lots of cupcakes!

Just kidding! C’mon and socially distance cupcake bake with me!

Let me know what you think of them!