Edit - I’ve added some better photos of the details but the kitchen is trashed from working into the early hours of the morning to complete it, please excuse the mess.

I entered my local cake show for the first time and decided to pick something I’ve never done before in my life - gingerbread. I have never dabbled much in cookies or royal icing so I thought it would be a good learning curve for me and have some fun with a chance of prize money. My 5 year old is obsessed with the movie Tangled so I decided to build Rapunzel’s tower. Because, you know, what complete beginner dives head first into a competition with no experience to tackle curved cookies? This idiot

My tower was completely edible, weighed about 5kg and It was around 80cm tall I think. The gingerbread was baked and immediately moulded around a tall glass flute shape vase while still soft to create the curves. The roof was baked as one solid piece over a tinfoil mould with the chimney and side turret added later. The shingles were made of gumpaste and added individually. The ground was rice crispy treats covered in fondant, the tower base was coated in royal icing and sanded to give the look of old plasterwork. The tower room was covered in fondant, and every leaf and vine was individually piped with royal icing. Inside the tower room, I had an edible image of rapunzel’s room from the movie so when you looked through the gelatin windows it looked awesome. Rapunzel’s hair had sticks of dried spaghetti inside to strengthen it.
In all, the tower took about 60 hours to make and decorate, and was worth it because I won First place in the Gingerbread category!
I didn’t want to eat it afterwards because honestly being around it for so long has turned me off gingerbread and icing, so I took it to my daughter’s Kindy and let the kids destroy it with hammers and then eat it. The whole Kindy was so excited and the teachers thought it was the best thing ever. All the kids were sent outside afterwards to burn off the sugar rush 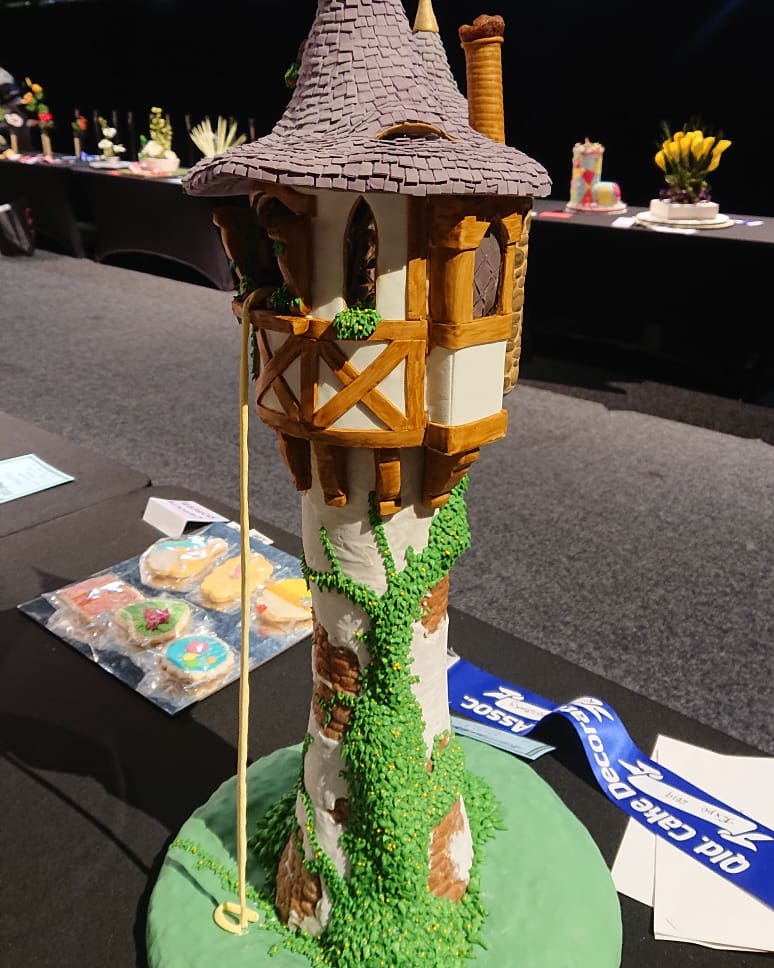 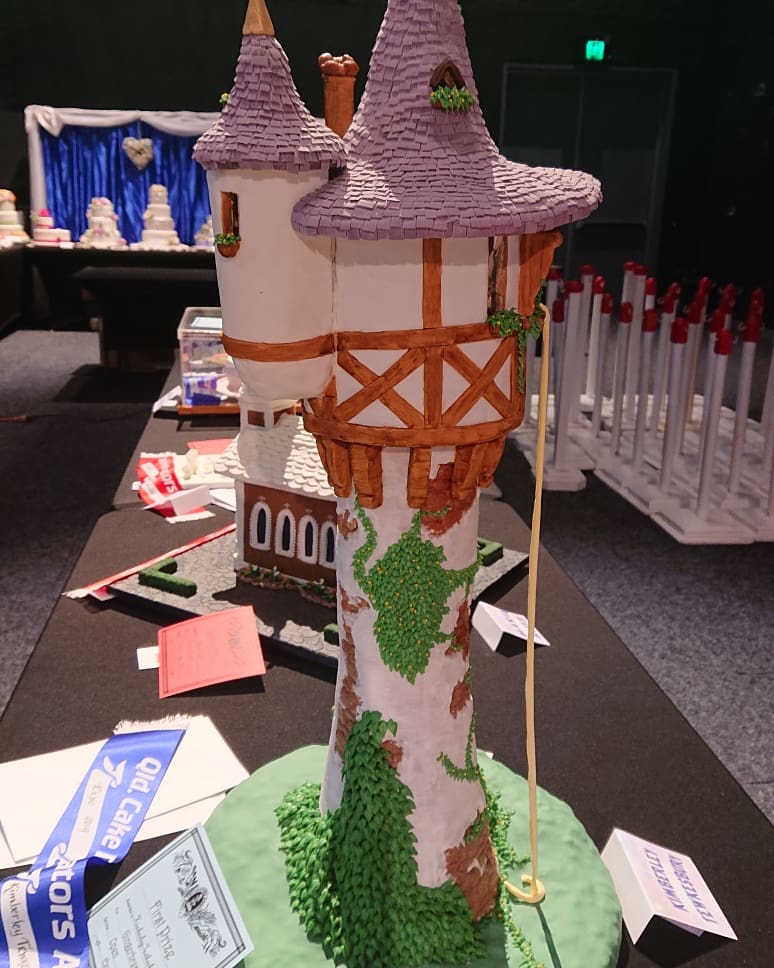 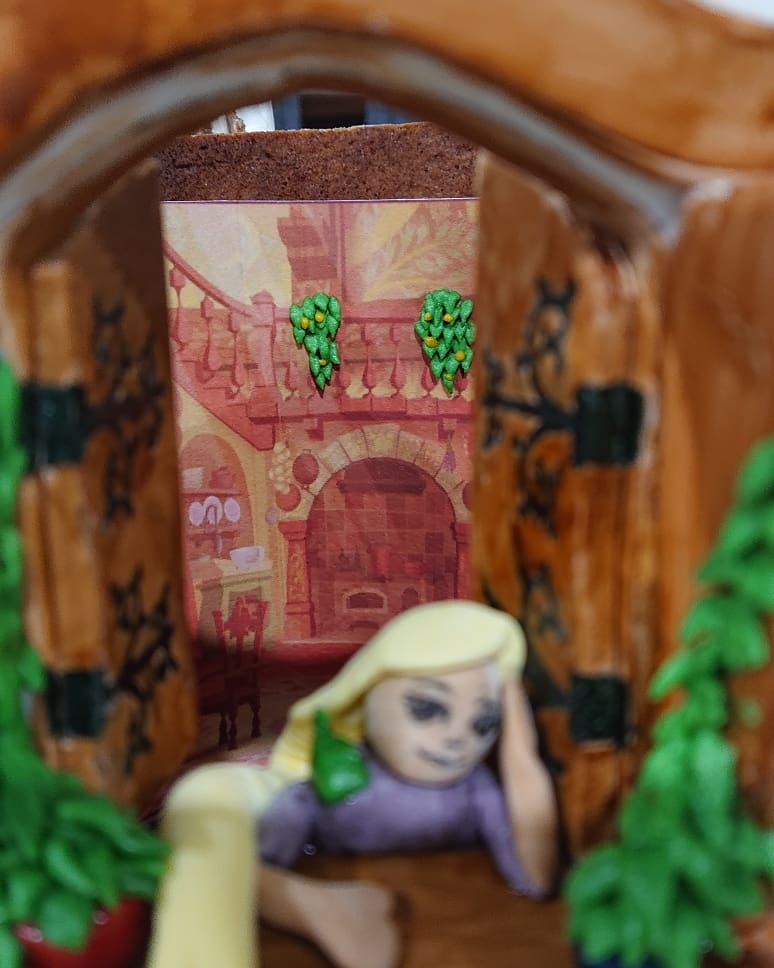 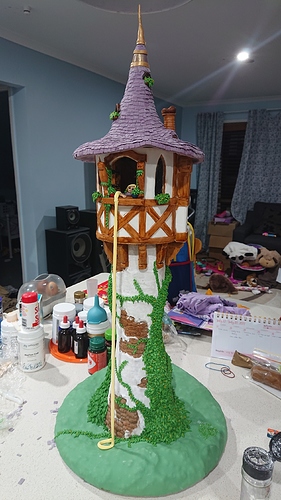 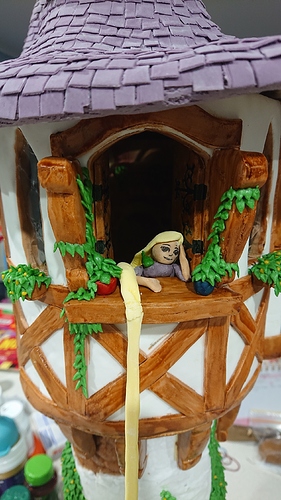 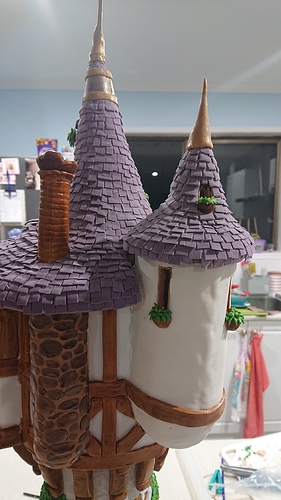 Holy moly! This is so amazing! Congratulations on winning first place, and I love that you brought the cake (cookie tower?) into your daughter’s class so the kids could enjoy it. I bet that 30 years from now, most if not all of the kids in that class will remember that day fondly. I have one or two memories from kindergarten like that.

Wow! That’s amazing! So detailed; your win was well-deserved!

@storerboughtcreation The kids obliterated it, and were also inspired to try and make their own towers later. 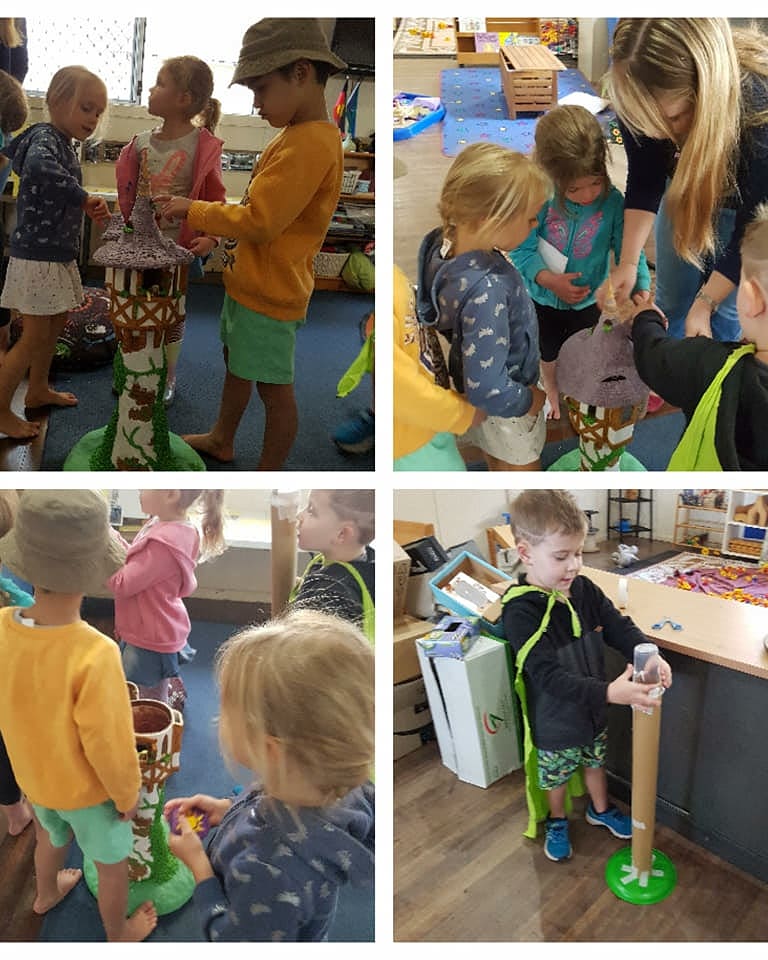 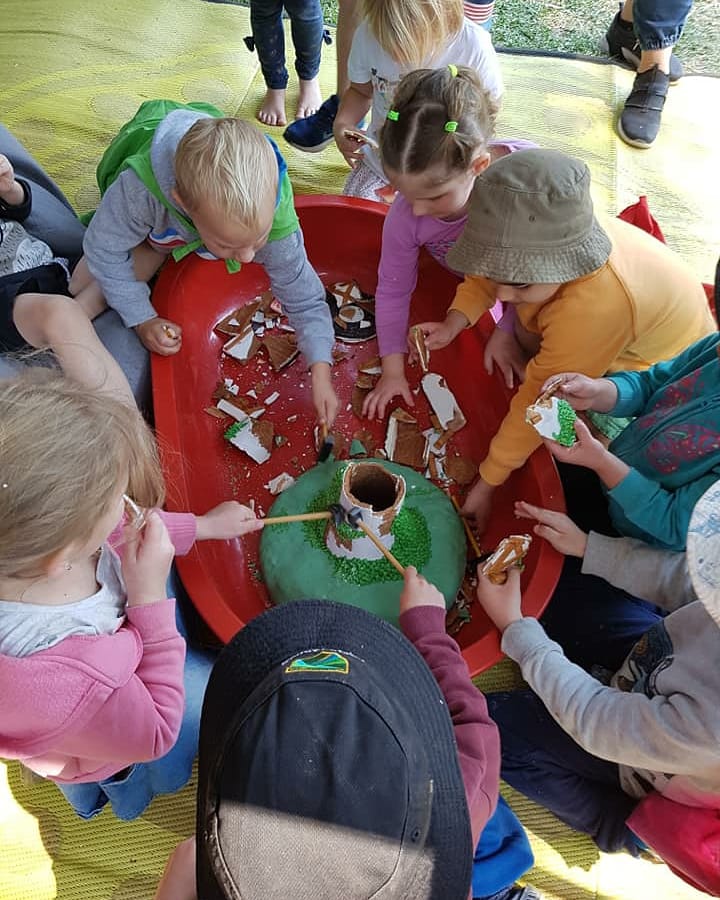 Did you cringe when it started getting destroyed? At least a little? So much work! It turned out amazing. Congrats on the win!

Thanks, I’m proud of all the skills I was able to learn while making it and tempted to do something gingerbread next competition too.
I will admit I had to leave before they began destroying it, couldn’t really watch two months of hard work destroyed in minutes

but I was glad they enjoyed eating it and it didn’t just end up in the bin.

Spectacular!
That’s a huge accomplishment. I’m glad the kids got to destroy and eat it AND get inspired to create their own.

I really enjoy making stuff, but by the time it’s finished, I’ve gotten all I need from it. I don’t really want it hanging around forever, so disassemble or give it away. Maybe I should try edible art. Takes ephemera to a whole new level.

Holey Moley!! That is unreal! Congratulations on winning first place

Whoa!! That is amazing!

YOWZA! This is amazing!

Wow, and THAT was your first time working with gingerbread? That win was in the bag for you. Look at all the detail you put into it. That roof looks fantastic and you piped all those vines? Wow and wow.

I spent hours upon hours doing research online for best recipes for humid areas, watching videos and tutorials so I could learn from other’s mistakes, although there wasn’t much about how to bend gingerbread in the ways I wanted to. There was a lot of trial and error in the baking process and nobody in my family eats gingerbread any more as a result

On the plus side, I have enough knowledge now that I can easily teach others how to build something similar.

Whoa. So much detail, I think the more I look at it the more pop out. Congratulations on your win! You definitely deserved it. Were the teachers questioning you when you told them the kids could smash it? Cause I think I would ask you some questions to clarify lol.

I was updating the teachers on my progress through the construction (it is a small Kindy so everyone knows each other and chats away), then asked before bringing it in if they wanted to eat it. Had to check there were no allergies, etc. The teachers all asked again if it was okay to destroy once they saw it but I was happy for it to be useful.

That is NUTS! I can’t believe you made that! Wonderful job. So awesome that you won! Congrats!

A well-deserved win!!! This tower is absolutely smashing! (See what I did there…?LOL)

Oh… yeah… humid area baking. I have the opposite problem. Dry and high altitude.

UNBELIEVABLE!! I can’t quit looking at it!