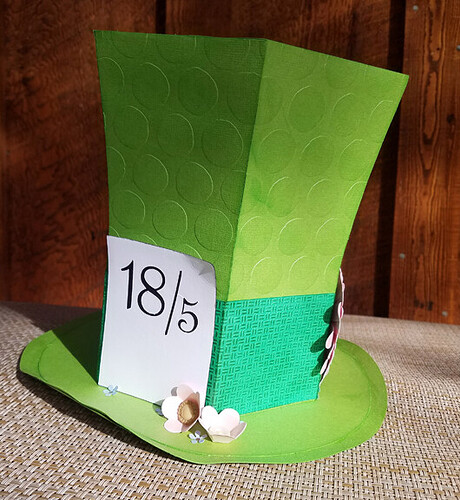 A friend is celebrating her 50th birthday with an Alice in Wonderland themed party next month. She lives far away - in fact, we’ve never met in person - so I won’t be attending, but I will be sending her this surprise! 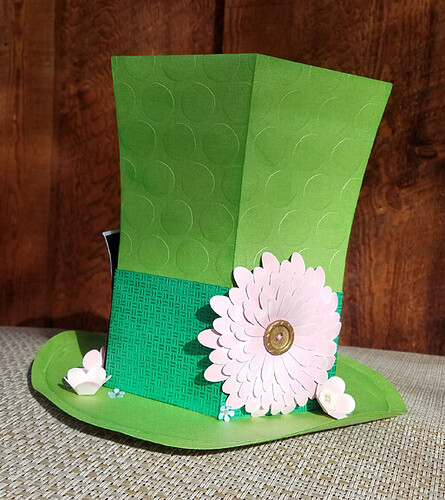 The original svg files come from Dreaming Tree and include more flowers and also rabbit ears. I made that one a couple years ago. I left the ears off of this one, but was unable to modify the file to remove the slits in the hatband where the ears would attach. 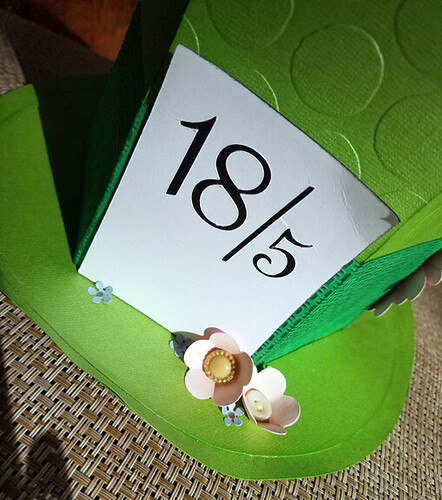 Since I modeled this on the Disney movie version of the Mad Hatter, it was easy enough to cover one with the card he wears on his hat. I changed the 10/6 to her birthday: eighteen May.

I made a .jpg in PhotoShop then uploaded it to the Cricut Design Space. 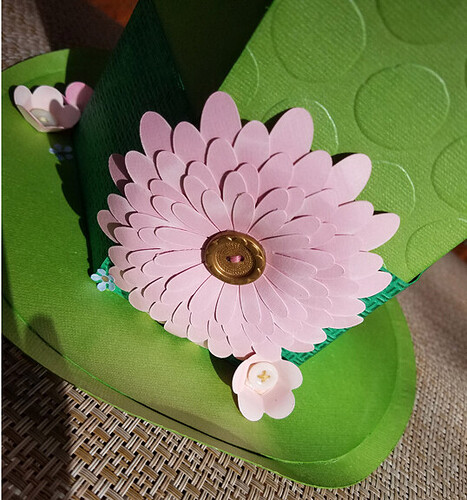 I made just one of the flowers that comes with the file (from the same mats as the box part) in order to cover the other slit and just make the hat a bit more like partywear. I changed the center to be a button and added buttons for the center of the little pink flowers which come from a different svg set. To make them look a little more “finished” I sewed thread through their holes. The tiny blue flowers are bunch, then curled a bit.

I couldn’t leave the panels or the band totally plain, so embossed them with my Sizzix then inked them a little with stamp pads. 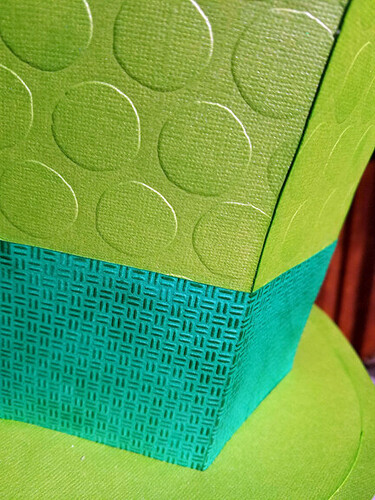 The bottom of the box is a little loose so I used non-permanent adhesive dot to keep it in place. 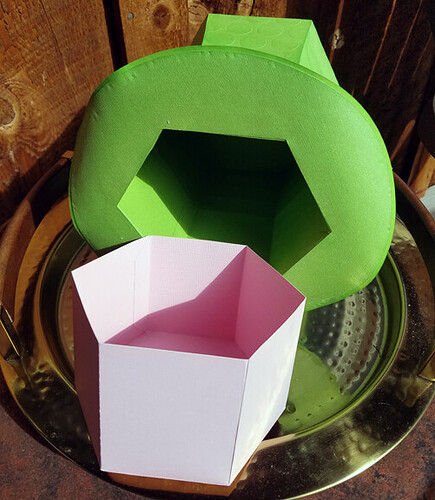 When I made this box before, the recipient didn’t realize that the bottom came off and thought she had to rip the top to retrieve the enclosed gift! Just to make it clear I added this tag which reference the AIW story of the “drink me” thing. 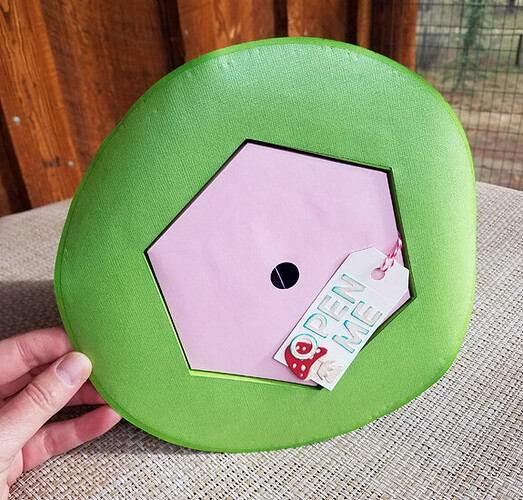 Inside is a handmade birthday card which I will link to when I make the post!

ADDENDUM: Put to use after being opened. 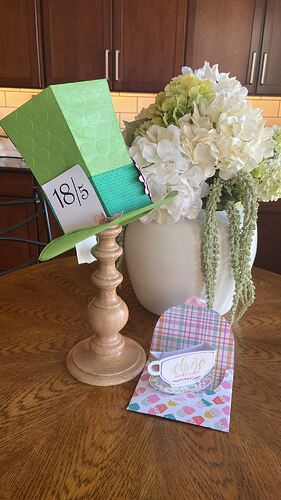 Wonderful paper choices. Very happy this one won’t be torn apart to get inside!

Very happy this one won’t be torn apart to get inside!

I guess I wasn’t clear. The last one was not torn open to get the gift. She thought she had to, but did not. Luckily, she told me she wanted to keep it for awhile to look at before opening, so I was able to explain how the bottom came out. Whew!

Wow! Super fun and what a great theme for a 50th! Forever young!

Awesome gift box and I love those flowers!

So many details come together to make this amazing gift! Amazing work @TheMistressT

Out of curiosity, how did you get the edges of the brim of the hat to curl upward? It’s so effective

To get the curl, I “trained” the papers around a cardboard tube from the inside of roll of masking paper. Then before the glue set between each layer I would re roll them around the tube. The assembly video from Dreaming Tree shows doing it with a dowel - it just happened that a tube was handier to where I was working than a dowel.

Amazing! Love that you personalized it with your friend’s birthday, and the theme of her party. It’s gonna totally blow her away!

The hat arrived yesterday and my friend loved it! She said she plans to use it as a centerpiece for her party and here is the pic of what she did immediately after opening it. I’m sure she’ll fancy it up more for the actual party.