When my son wanted to be the Plague Doctor for Halloween this year, I wasn’t sure I was going to be able to pull it off. I was so worried I’d fail at the mask that I had several contingency plans ready to go. But in the end, I think it came out ok! 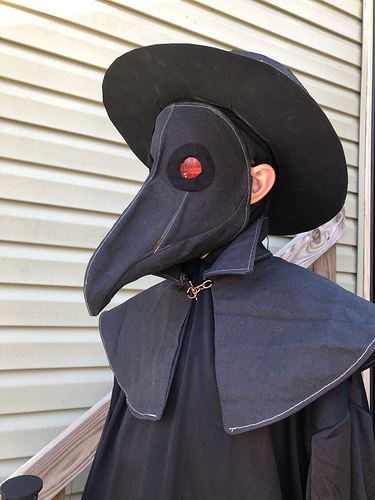 I started with the mask because I was so worried about it. I used the simplified version of this pattern. I used duck canvas cloth which I think helped give the stiffness I needed for the top half of the mask and I added a bit of fusible web to give it a little something extra. Here’s a peek of that before I sewed it to the lining. 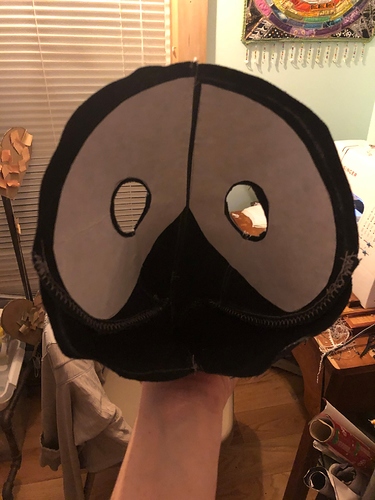 I diverged from the pattern when it came to the eyes and lenses. I didn’t even want to attempt all that fiddly-ness. I managed to scavenge the red circle lenses from an old pair of new years even glasses. I added some felt circles to the inside and outside edges and secured it all with a little glue - done!

I more or less used this pattern for the caplet. Mr. Road fashioned the clasp out of copper pieces.

The hat is cardboard, tape, and paint. 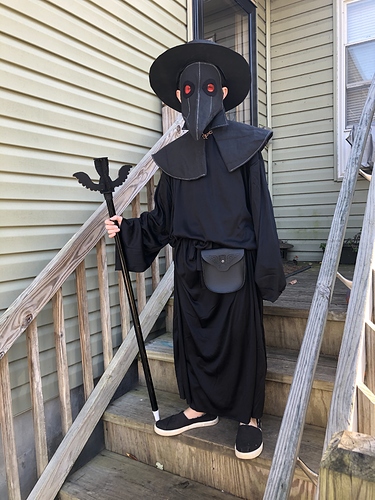 Full disclosure: I did NOT make the robe (don’t ask about my failed attempt, please), the pouch (impulse buy at the Halloween store), or the cane base. I did make the cane topper. It’s just cardboard and some cork disks, all painted black. Here’s a pic before I painted: 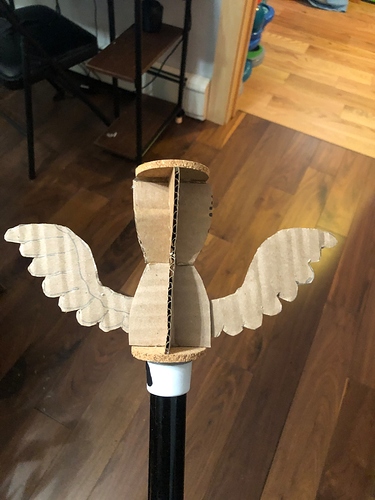 The robe is a little big on him. We’re already plotting how we can use it in next year’s costume… 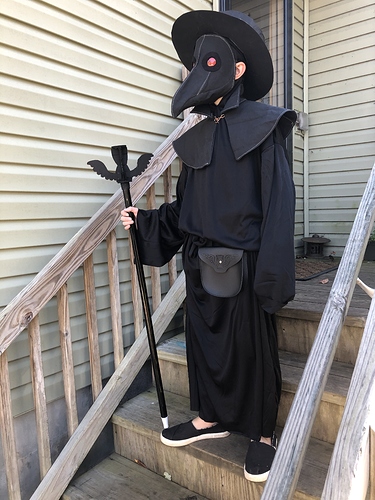 Super cool costume. I love the staff topper too!

This came out so awesome!

This is so rad!

That turned out so rad!!

Very cool! Bet he loved it!

this is the best! I bet he got lots of compliments!

His friends thought it was pretty cool!

Awesome! Thank you! Kiddo is stoked!

this is such a great costume!!