While I’d hardly call this “fashion”, it certainly fits into costuming! My husband and I own a Herbie the Love Bug replica, and this weekend he’s off to visit his friend, who is also a Herbie-head, and owns a shop in Sarasota, FL, fixing up old VWs. While my family only cares about the original Herbie film, Merlin (yes, that’s his real name, and yes, he’s a wizard) loves the entire cannon.

For a gift, I replicated the jumpsuit/coveralls of the mechanic/deuteragonist/sidekick played by Don Knotts from Herbie Goes to Monte Carlo. Lacking the time to source the proper patches (DH gave me basically a week), I had to freezer-paper stencil them on. I also added elastic loops for the wrenches that Wheely wears in the film. I’ll provide you with some original photos, and then my replica. Turned out pretty good for a last-minute project, if I do say so myself! And it’s my first project post here in the New Place!

(((Not quite sure how to make all the photos appear how I like…any tips would be appreciated. The drag-and-drop wasn’t working. Mac issue?))) 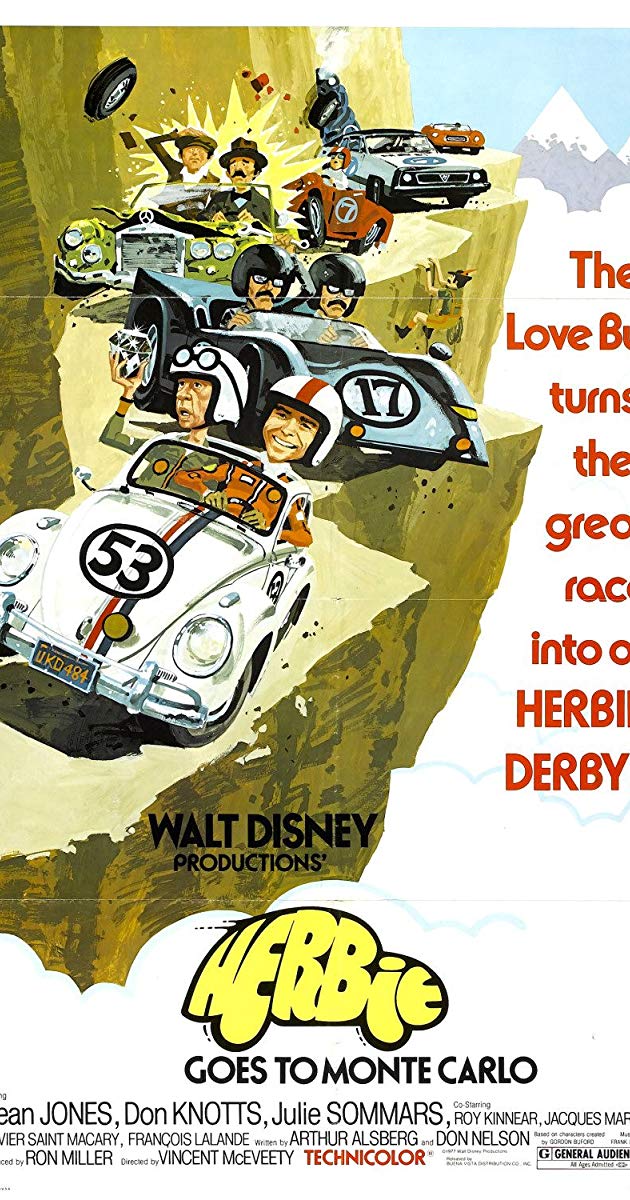 Directed by Vincent McEveety. With Dean Jones, Don Knotts, Julie Sommars, Jacques Marin. Herbie, the Volkswagen Beetle with a mind of its own, is racing in the Monte Carlo Rally. Unbeknownst to Herbie's driver, thieves have hidden a cache of stolen...


Here are the patches I was trying to replicate: 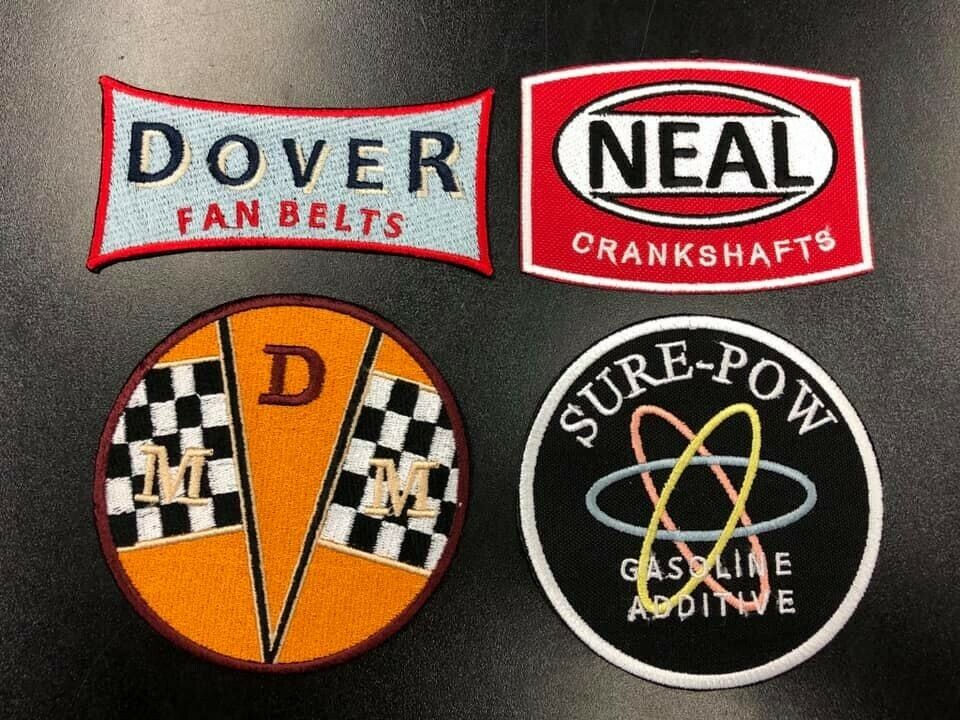 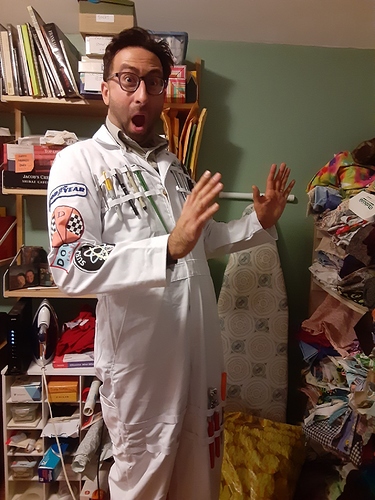 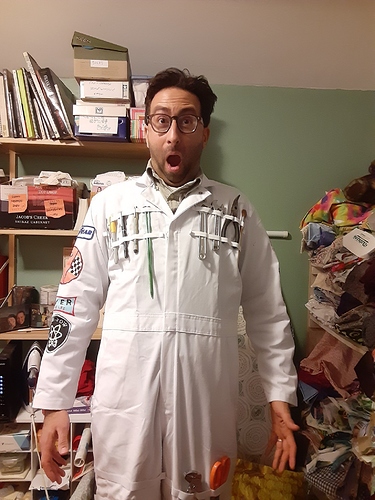 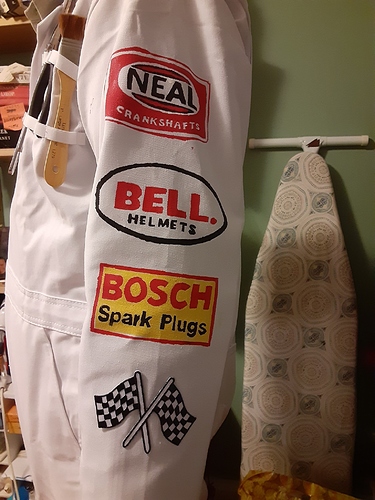 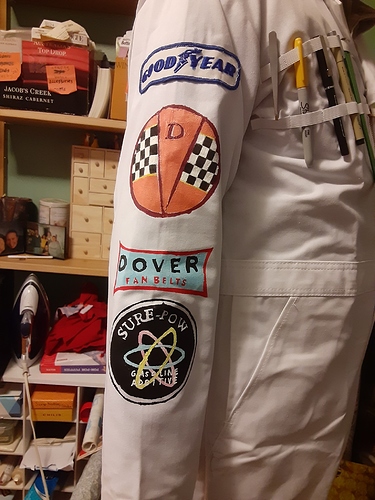 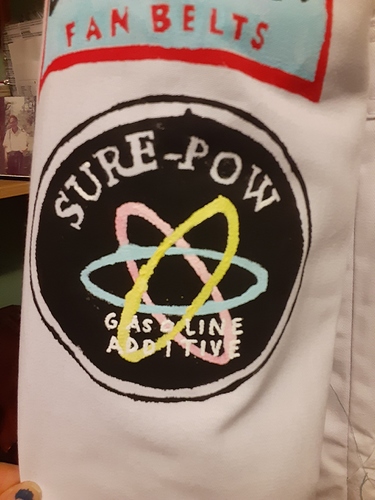 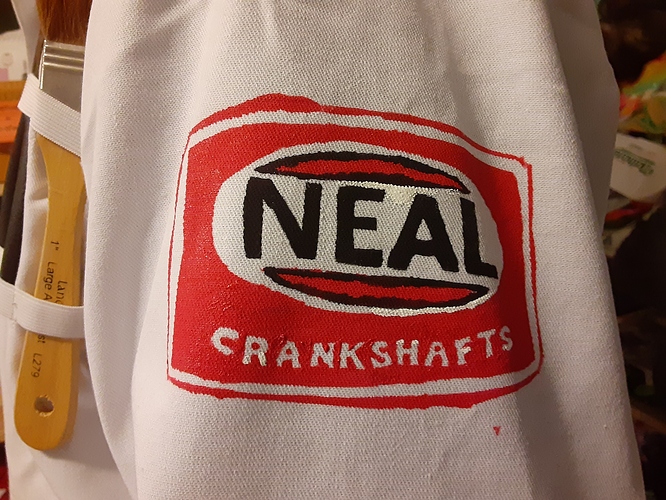 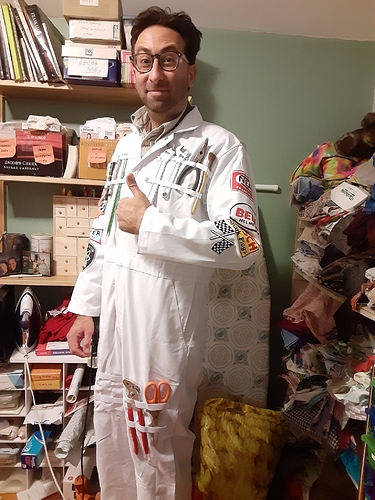 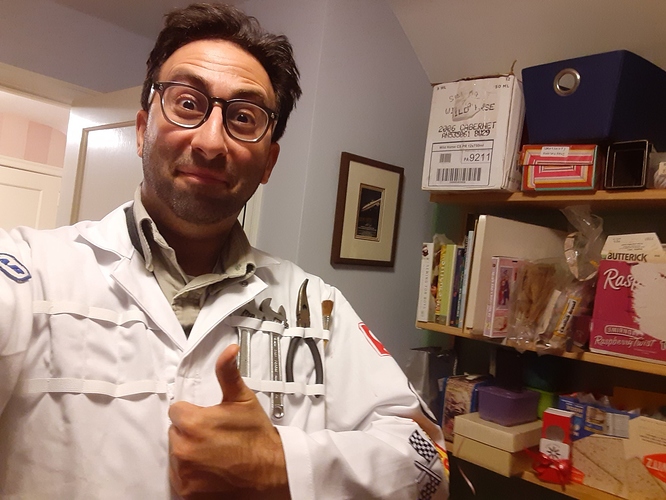 Herbie!!! Oh, this is so cool. Those patches! You are gonna get wrangled into merit badge swaps for sure! I hope Merlin has a great time.

I have no idea what that even means!!! I’m just the freezer-paper stencil gal. Guess I should go search up merit badge swaps.

Oh, you’re right. Your stencils look like patches (adult merit badges) and that was a popular swap on the Dead Site. Never mind me. I just got excited at how cool the stencils are.

So great! Your model looks pretty pleased, too!

Thanks! DH models most things for me. He had quite a fanbase of his own at The Old Place. Plus, a chance to do a Don Knotts impression? He was all over that!

Ok, ok, what? This is superb, sister! You did such a wicked job in barely any time, colour me impressed. And that man of yours? LOL, what a goon!

Adult merit badges are super cool, freezer paper stencils would work for making them, and surely you deserve a collection of your own because I can just tell that you are GREAT!

The stencilled patches look great! You did an amazing job

I don’t know the films, but the recipient is clearly the happiest man on earth right now, so it must be a fantastic replica.

Well done on the stenciled patches.

This is all kinds of awesome! If it were my husband giving me a week to do this, he would be unable to model it due to the full body cast. You are both kind and talented!

You have a Herbie?! This is impressive on so many levels. Awesome work.

but the recipient is clearly the happiest man on earth right now,

This just DH modeling! He’s presenting it to the recipient tomorrow! I’m so excited to see his reaction.

You have a Herbie?!

Guilty. We have a Herbie. You can follow him on the IG: @Lovebugtrumpshate

OMG this is SO adorable! <3

He loved it! DH took a short video of him opening it (since I couldn’t be there), and it was epic.

You did that in a WEEK?! That’s so amazing!! And your model looks so happy with it!

This is a hoot and a half! I bet your friend will be over the moon!

He loved it! DH took a short video of him opening it (since I couldn’t be there), and it was epic.