A family of moth guys! Rusty, Spooky, Mushy, and more

As many of you might recall, in June 2016 I created the first of a handful of “moth guy” sculptures for a C-ster Strange Doll Swap with nodsukas. She had moths and mushrooms on her theme list - both items that I too adore. This was the swap the pushed my boundaries more than any other and the craft project that I’m most proud of for how much it got me to experiment and be creative.

Reintroducing, Rusty the Moth Guy - His body is all needle-felted on a wire armature. His wings are felted, upcycled sweaters and cotton that has been dyed with rust and coffee. He’s growing mushrooms on his back which are made of polymer clay. And his shiny, dimensional eyes are flat-backed, faceted beads set in polymer clay. 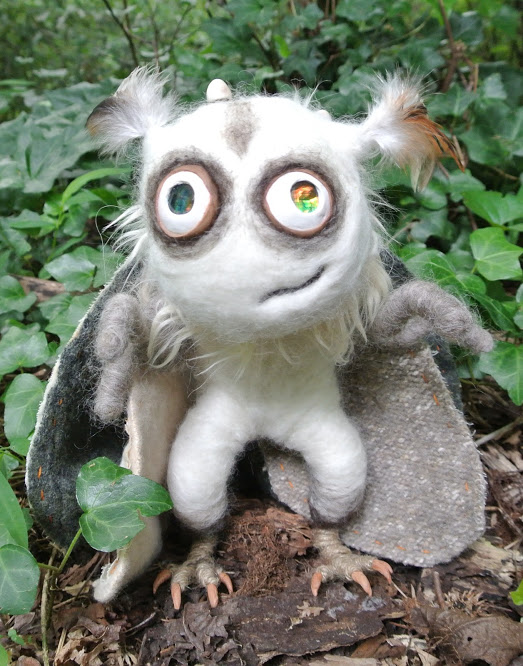 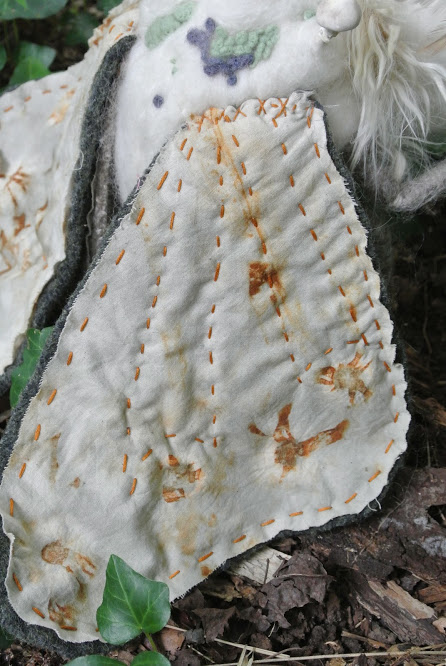 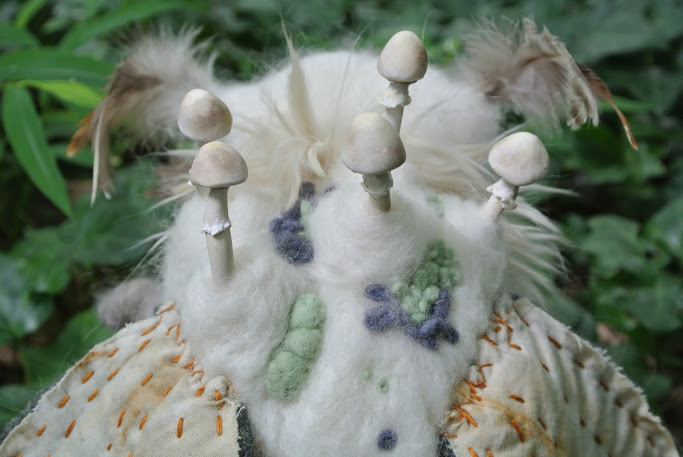 Next up, this whee guy was a mini-moth guy I made for the weekend Trick or Treat swap in October 2017 for @Whistley . I have dubbed him Spooky the Moth Kid! He was made with the same techniques but on a smaller, simpler scale. 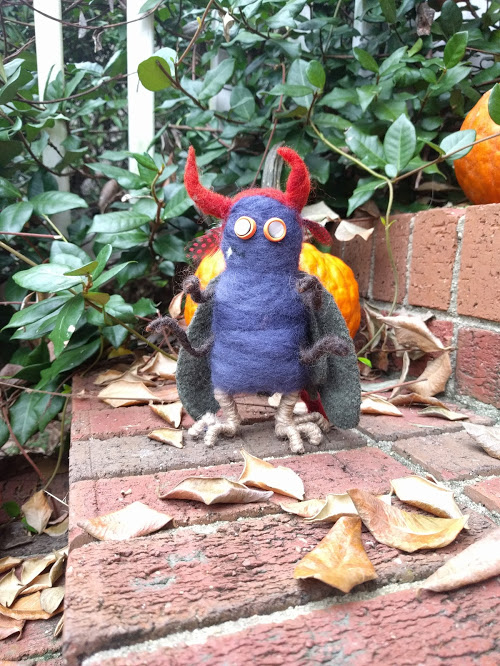 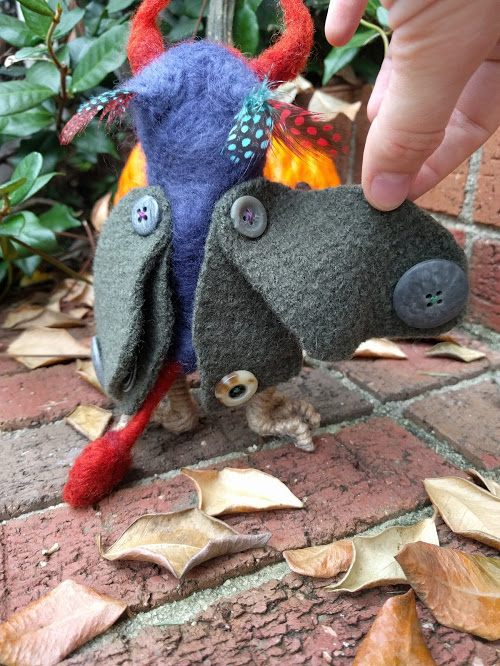 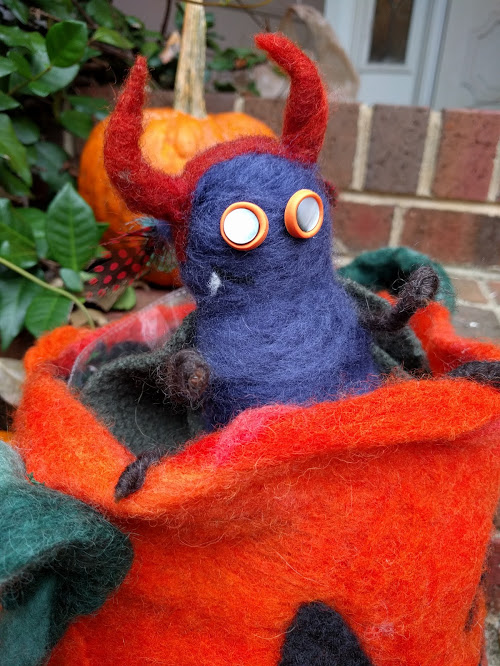 This lesser known fellow was also made in October 2017 but never named. He was a gift for @StudioANF and is inspired by Tarot cards (three of swords). Same techniques again. His body shape was more reminiscent of Rusty’s, and the last of the hunched over designs for a while. 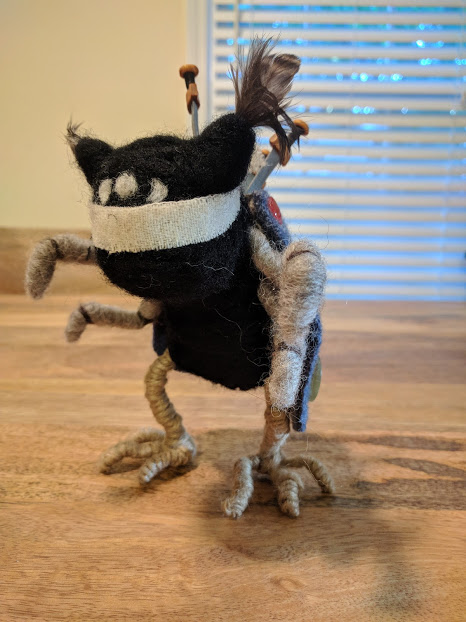 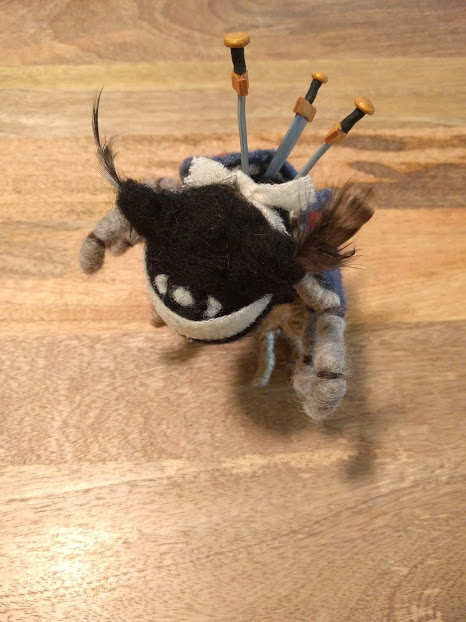 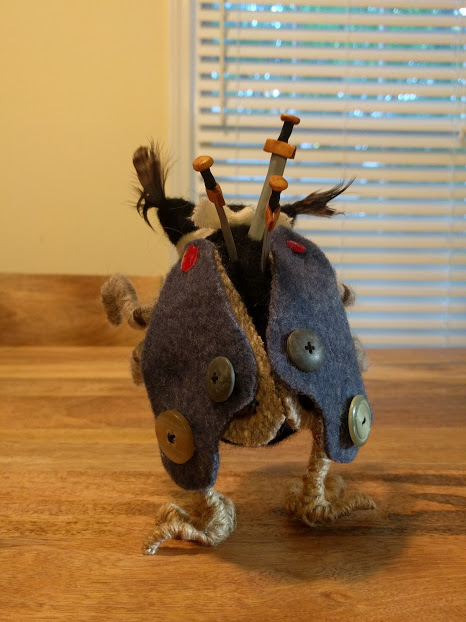 And finally, we are at my latest in the moth family - Mushy the Mothman. All of the designs up until this point were not inspired by the Cryptid Mothman. Mushy was created for an Art Doll Swap in May 2019 for The Raging Sloth (let me know if you know her knew username, please!). She actually had more mothman specific inspirations from her questionnaire, and I was itching to expand the family! All of the same techniques again but with an added bag made of prefelt material that I embroidered with a whee mushroom, and he has wet felted, batty wings like his inspiration the real Mothman. He likes taking long walks through the forest to gather mushrooms. In fact, he’s spent so much time among them, that he too has started growing fungus. 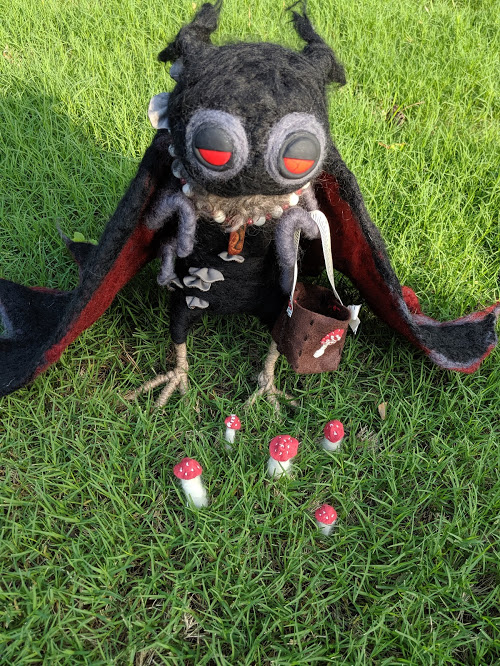 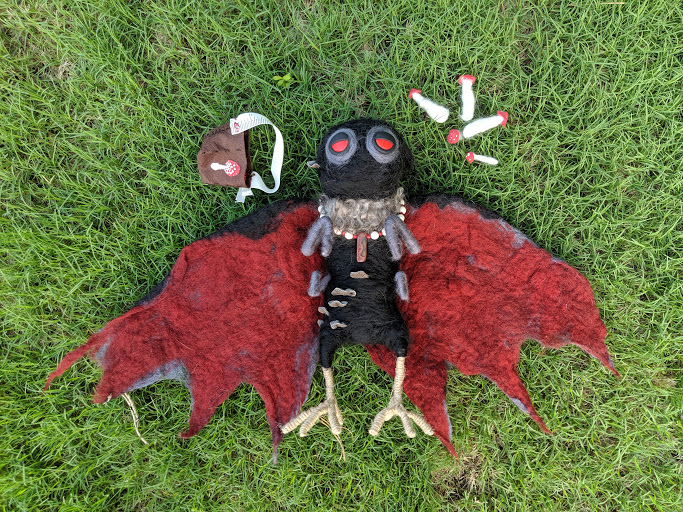 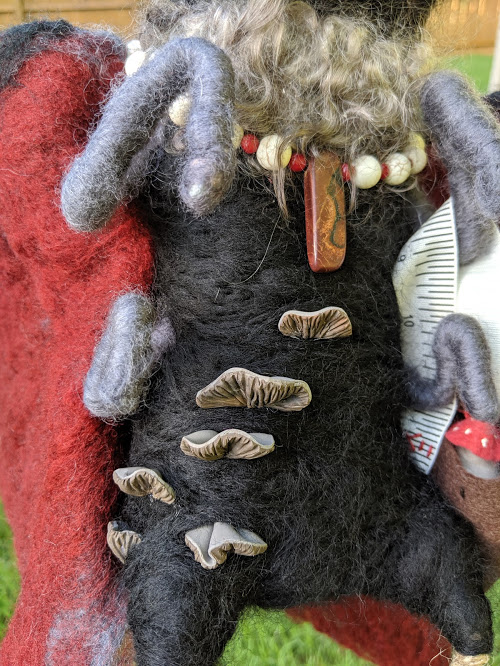 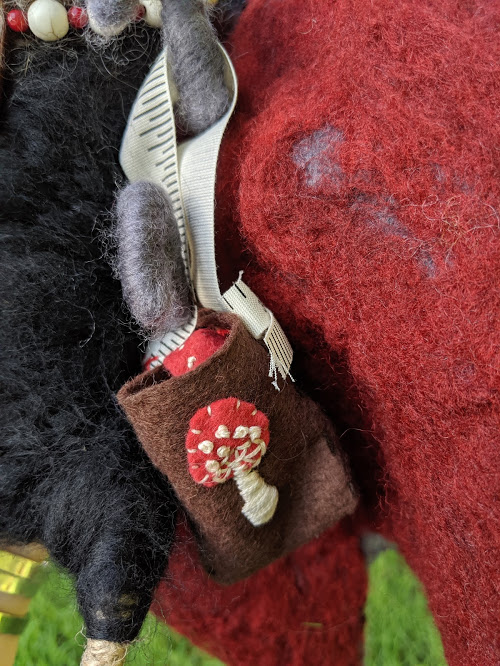 His tote was also filled with felted/felt mushrooms: 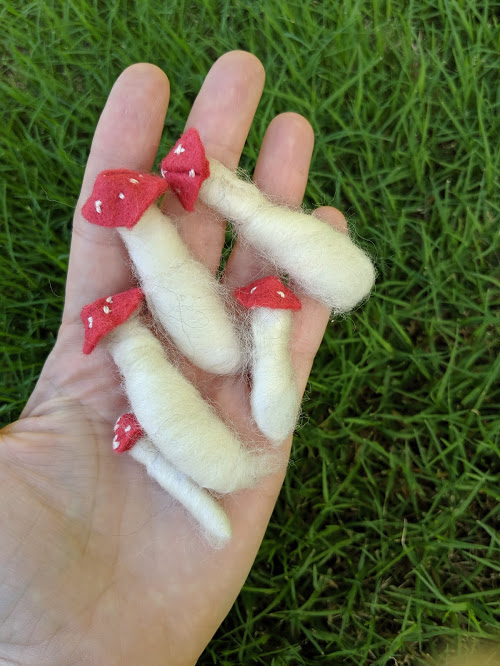 Those are brilliant! I love seeing the evolution of your creatures through each new addition. They all have their own individual personalities too! My fave is the last though - sweet sweet fungus!

Wow, these are fantastic! I actually have a crush on Rusty now …swoon

They each have their own personality! Love them!

EVERYTHING! I love everything about this.

I freaking love Rusty! Those wings!!

And I adore the mushrooms!

Welcome to Lettuce Craft, Rex!! Glad to have you, and thank you so kindly for the love

OmG! I seriously love them!

My goodness but these are amazing creatures! I just love each and every one of them.

I am both charmed and slightly creeped out by this moth family! Amazing work! The mushroom gathering bag is my favorite detail.

I have fawned over everyone of these sweet, wonderous creatures. I’m thrilled to see them all compiled and making a encore here.

I love how utterly unique each one is, with its own distinct personality, yet at the same time, how completely YOU they are. So many wonderful little details, and it’s clear that so much love went into the creation of each one.

Oh my goodness. I would never think to put down moths, and these are ADORABLE and AWESOME all rolled together!!

A-M-A-Z-I-N-G!! Thanks to your little baby moth for the LC auction, which lead me here!

No words to describe how awesome these are!